Lift the Oca in about 2 weeks.

British Red said:
There's a crop Mary - or there will be a couple of weeks after the frost kills the top growth -I'll bet good money on it - they have had more than long enough. There generally isn't much untill that top growth gets re-absorbed
Click to expand...

We've emptied out the two smallest tubs....four wee tubers started those off, two in each.
They grew like Topsy, and I still worried that there'd be nothing much, or the thrice damned slugs would get them.
Well, there were slugs aplenty, and a few had obviously been 'tasted', but just as obviously not to their taste

I think we can safely say that even in a sodden wet, overcast Lanarkshire, we can grow Oca to good effect

I just gave them as long a growing season as I could.
I started them in 6" pots on a cool windowsill and only put them out when I was pretty sure the frosts were bye.

I have two other huge tubs to empty (they were the original deep rectangular recycling boxes from the Burgh's trial years ago) and one of them has been heavily frosted just two nights ago while the other is still green and kind of lush looking.

Incredibly relieved that the slugs don't have a taste for them

We had a decent frost last Friday so we're planning to dig them up next weekend, I'll get some pics if there's much to see

I'd be very interested to hear Shewie -you and Mary are both beyond where accepted wisdom says it should grow. 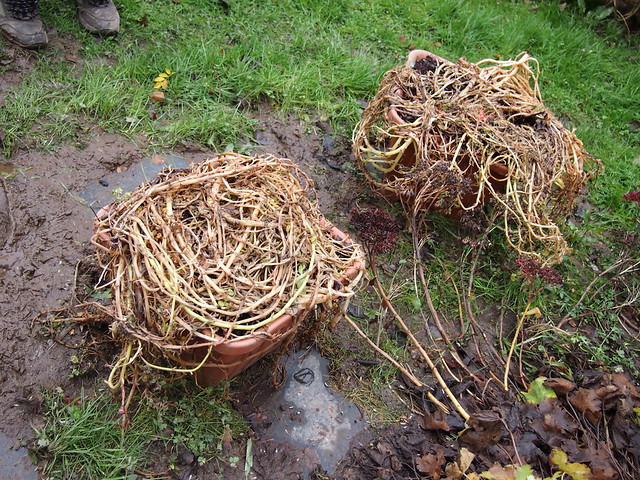 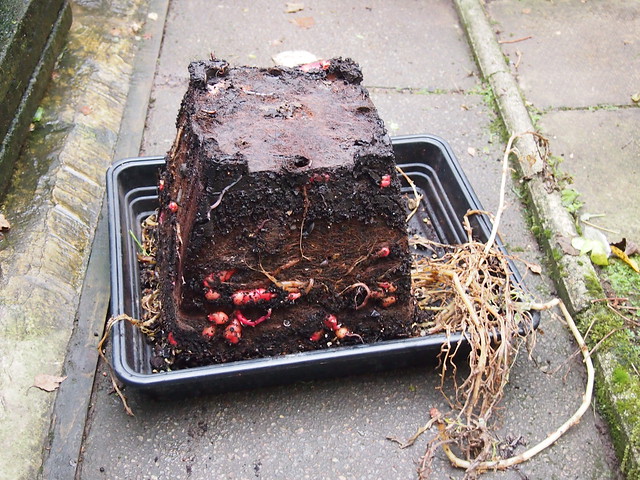 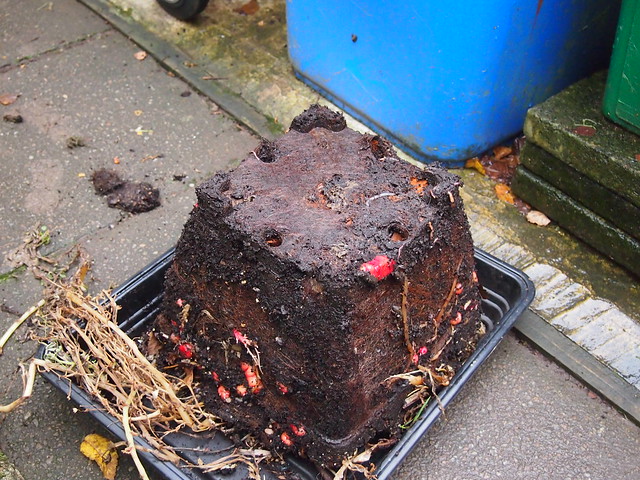 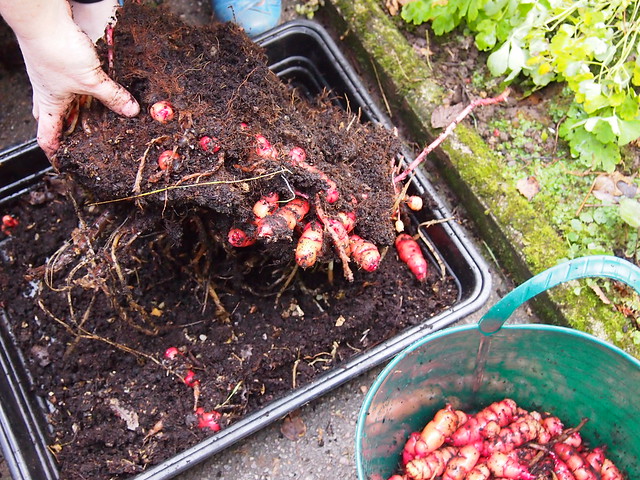 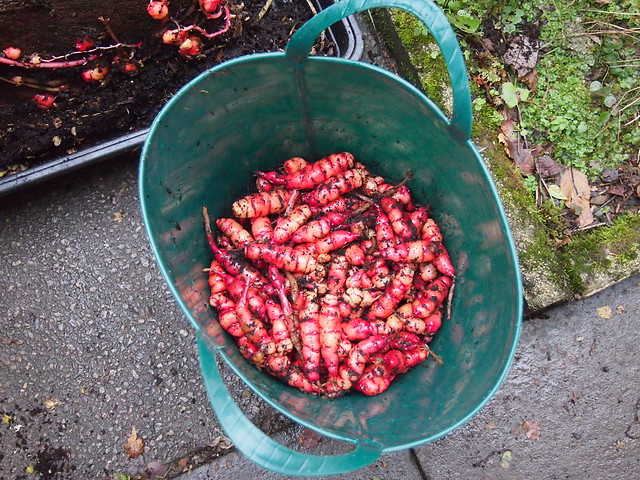 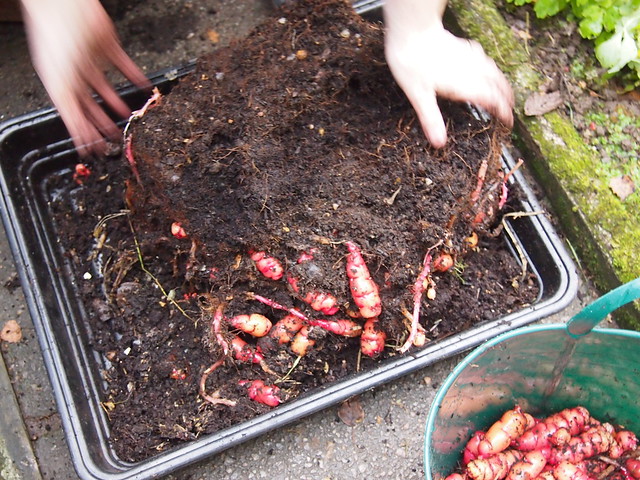 That looks like a good amount and decent size Toddy. Nice one.

Very pleased, and relieved
There are a fair number of small ones too (tonight's dinner) but there are an awful lot of 7 to 10cm ones.

If I've grown a decent crop of them, despite being further North, cold and overcast, then the rest of you should have a magnificent one
Maybe it's just been a good year for them

Itching now to empty the last two tubs, but I'm determined to wait until they look as totally withered as the ones you showed photographs of.

Took the first half of mine in today and it wasn't a great harvest for me. Yacon was superb but Oca less so. I have let some in the ground to see if there is more growth to be obtained by leaving it longer.

I dug up about a quarter of the row that I had down the allotment and most had suffered because of slugs and even those that hadn't weren't that special, perhaps 4-5 cm at best and many in the 2-3cm range. I composted about as many as I brought home and came home with about three times the amount I started with. I still have 3/4 of a row left to get up, but as you say Hugh, a bit disappointing. I'll save some for next year and have another go.
They do taste nice though.

Yacon has been outstanding though

Makes me feel better - or not!

I dug a third and didn't get too much. Thought I had dug too early but seems it may just be a poor year. I left the rest to hope it would flesh out more but may just dig asap and recover what I can.

It seems to me that it's often like that. Some veg do well and others don't depending on the weather. I intend to save some and have another go next year. It's been a bumper year for slugs and snails down here.

I had one that I thought had a wee slug on the side - tried to brush it off but it wouldn't budge. Grabbed it and pulled the rest of it out of the Oca and it quadrupled in size!
U

All the foliage has died back on mine now...going to go digging tomorrow. Given everyone else's experience I'm not too hopeful!

Mary did really well - I've had huge crops in the past and certainly have plenty of tubers for next year - it just wasn't as prolific as other years.

As beachlover says though, things change year by year. This year has been great for fruit, less good for tubers. It happens.
U

British Red said:
Mary did really well - I've had huge crops in the past and certainly have plenty of tubers for next year - it just wasn't as prolific as other years.

As beachlover says though, things change year by year. This year has been great for fruit, less good for tubers. It happens.
Click to expand...

I've lifted potatoes and Jerusalem artichokes. The artichokes did poorly last year but this year are huge! You never know!