You are using an out of date browser. It may not display this or other websites correctly.
You should upgrade or use an alternative browser.
C

Hello there. First I picked up a pair of Austrian heavy boots. I then grabbed a new pair of M77 Norwegian which I wear most days working. I have had a couple missed steps looking for Surplus Boots. I procured a pair of Swedish M90 boots. Boots were awesome and comfortable and light weight. After one short usage I found the heel ruptured and the PU

midsole was crumbled. Apparently the boots were made in the 1990's and the manufacturers warrant them for a period of one year from date of manufacture. So I cut the midsole out and sent them to a cobbler to rebuild with a Vibram cup sole unit. I have since found a few pair of Old School combat ankle boots. M59 Tretorn made boots and also a high cut pair from the Civil Defense. Also found some really old ones "lager" boots or best I can figure "Parade" type black fancy box calf welted leather sole. I will update when the Swede M90 boots have been rebuilt. Thank you.

d boots. Anyone know of these types. They are in new condition. Thank you 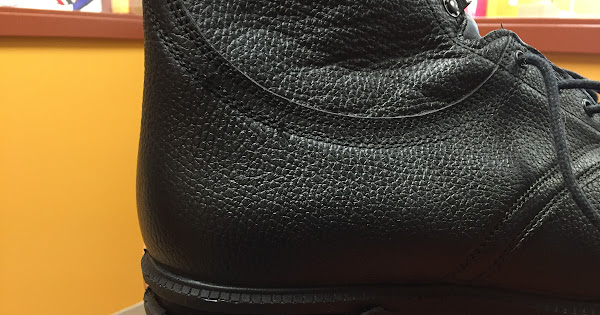 photos.app.goo.gl
Heel of NOS M90 boots worn once and heel crumbling apart. Decades of storage was not kind to these M90 Summer Marching Boots.
You must log in or register to reply here.