Just found this thread and will be watching to see how you get on. Be careful tho Ben Fogle may turn up &#128541;

After a busy Christmas and New Year visiting family in foreign parts, and then working away when I got back, here are a few photos of the work carried out up to 9th January.

The first floor is back in, the walls prepared for the insulated plaster board, the first fix electrics have started and the lean to on the back knocked down and the area semi prepped for the extension raft foundations and floor. Only set back has been that the original house doesn't have any foundations under the walls and needs a little bit of concrete under the walls to meet with the concrete floors inside the house. 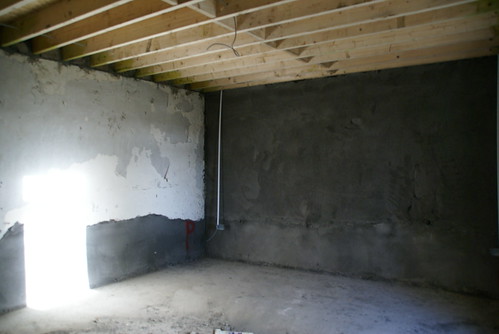 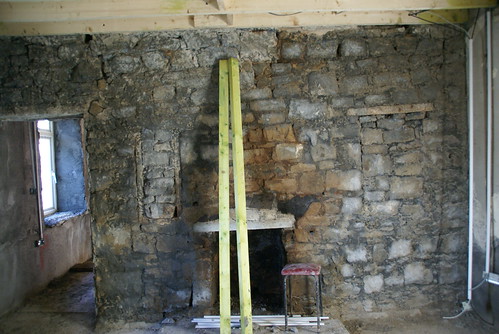 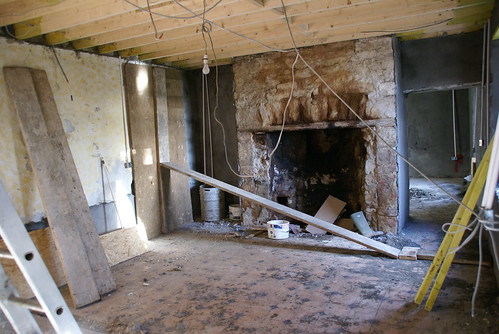 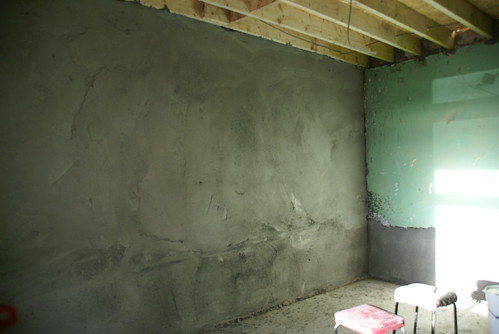 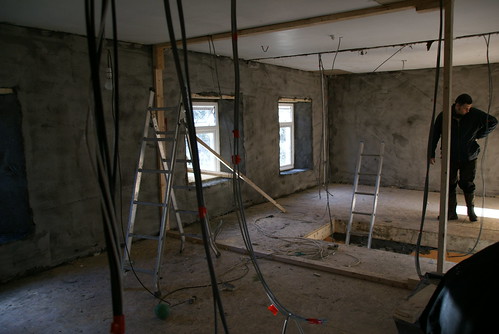 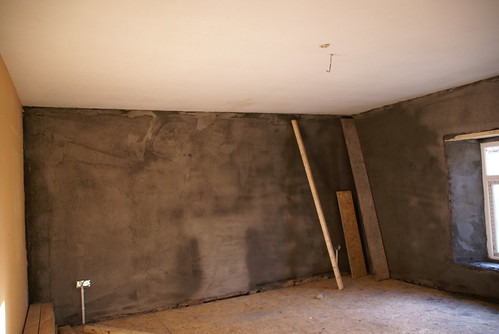 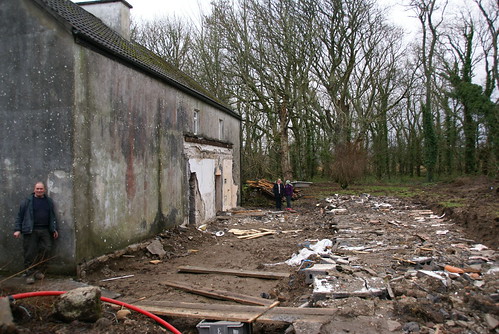 
Hopefully going up later today to check on any further progress.

You've done a lot! but quite a trip ahead of you still keep up the update.

Lovely place! Such a potential
I really love the cottage, and I envy you the beautiful stone walls!

Milius, I cheated. I have a builder.

Arya, the walls are nice, but they are getting covered again with insulated plaster board. The only walls left bare will be the ones with the fireplaces in.

Good you have the money I do tend to stick with free help from friends, but then things can slow down a bit And earning the cash for materials is a challenge on it's own. But things are moving and I hope I can move in for the summer months.

milius2 said:
Good you have the money I do tend to stick with free help from friends, but then things can slow down a bit And earning the cash for materials is a challenge on it's own. But things are moving and I hope I can move in for the summer months.
Click to expand...

Its taking some graft to get the money though! I'm having to rely on a mortgage, and dealing with the banks are a nightmare.

The project slowed down these past few weeks due to the weather, and the lack of finance. Now that I seem to have the bank sorted things have started to move on again. The only problem I have now is that the water has trace element of ecoli and the iron and hardness is high.

Any ideas to treatment options are welcome. 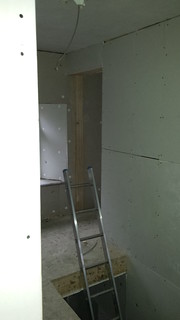 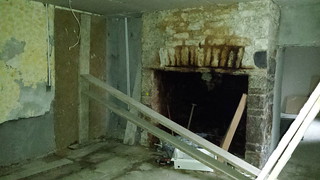 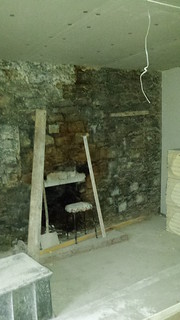 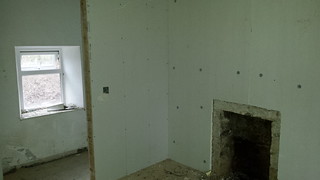 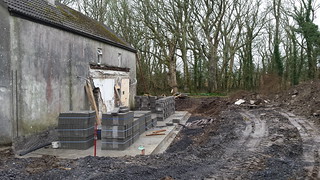 ecoli is from effluent. Whether that's from sheep (it's endemic in them, that's why Scouts aren't allowed to camp on fields where sheep have been in the last six weeks or so) or more likely cattle, or humans&#8230;..it's not good, put it that way.

Domestic water is generally chlorinated to kill it. Makes the water taste dreadful, but it stops the spread of the bacteria.

I think your only recourse is really to suss out where your water is coming from, and where the contamination occurs.

The house is really starting to come together, isn't it ?

Best of luck with it.

"To kill or inactivate E. coli 0157:H7, bring your water to a rolling boil for one minute (at elevations above 6,500 feet, boil for three minutes) Water should then be allowed to cool, stored in a clean sanitized container with a tight cover, and refrigerated. Currently, there is no filter certified to remove bacteria from water. "
From the CDC in America where well water is much more commonly used than here.
Bit of a beggar to do for every bath full or washing machine load though. I'd just bleach it at source. They do say that wells can be sterilised too though.
Last edited: Mar 18, 2016

I know were it is coming from. The well point is in the field next door, at the brow of a hill and it's badly fenced and the perpetrator's are cattle. When I'm back home, I'm going to re-fence the well. The builder has been using the water for making tea and he's been fine

It is coming on, but it has taken me 3 months to get a mortgage approved.

I wont bother with any more photos of the extension, but I will put some up when the front of the house has all the old concrete rendering taken of, and replaced with lime rendering; obviously I will update when we turn to the garden and try and get pigs to clear the undergrowth in the woody bit.

So it's a do-able fix on the hygiene; I bet that's a relief.
If the builder boils the water it'll kill off the buggits, not a fun infection to get out of hand though.

It's going to be quite a house when you're done, even if it has been a lot more hassle than you thought though. Summer's coming, hopefully things will move along well now.

Reading and enjoying and looking forward to the updates.

Thanks. The build has come on a bit now as the extension is up to first floor level and the joists are in. As Toddy has noticed, it will end up a big house, a bit too big to be honest, but I will be paying for it for the next 23 years. Its not turning out to be the initial, "lets move and be less reliant on the trapping of modern life", just yet. I think June will be our moving in month, the weather has been pretty bad here and its held things up a bit. I just want to get and turn my attention the garden and start the growing and rearing.

the place is looking good.

What do you think to rear? I can't persuade my wife to any animals yet, but I hope to raise some geese, ducks and chickens for meat Fingers crossed.

And sorry to hear about Ecoli, bad stuff just hoping you will manage to get rid of them!

Progress has been made, and this week the roof is going on, hopefully. Still getting the run-around from the bank. It' s criminal really, as they want me to have every policy know to man and have them as the named beneficiary if anything happens, so stress is quite high at the moment. Anyway:

We hope to have chickens as a given, thinking about a couple of piglets to clear the brush in the wooded bit and once that is done maybe a small pond and some ducks. It will take a while to get sorted as the garden is a mess. The ecoli is caused by cattle defecating too close to the spring. I will fence it further back and disinfect and test again and hopefully that will work but I will look in to how to make it safe by other means just in case. 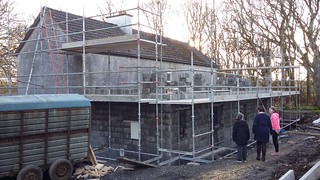 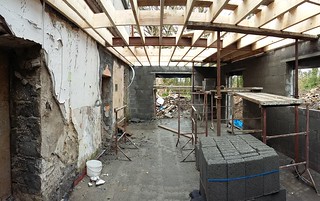 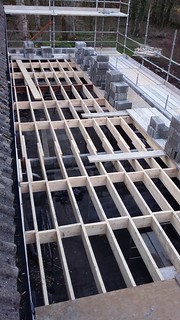 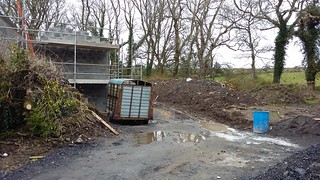 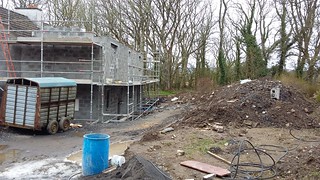 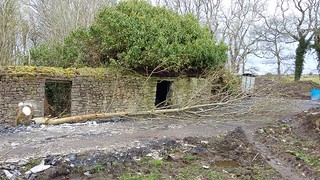 and thanks or sharing the pics...

and thanks or sharing the pics...
Click to expand...

And now the roof is going on:

And what the move was about in the first place