I have never been on a pilgrimage.

Not a formal pilgrimage, anyway. I have not walked to Beckett’s shrine, nor the Camino de Santiago.

But then, I am not religious.

Mind you, I have walked old pilgrim routes. Quite literally - the Pilgrim’s Way is my back yard.

However, like you, I have done many of my own pilgrimages. We do it every time we leave the house to go to our favourite spot.

So what is the most important part of a pilgrimage? Is it the leaving? Is it the journey? Is it the arriving?

As I closed the door of my house I opened up my pilgrimage. It would be a walk of several miles, mostly uphill, and it would mostly be through civilisation - from suburbia, where I live, into the lanes and farmland of the countryside, and finally into the wilds (or as wild as it can get in the south east).

It can take a while to tune in. It’s like tuning a radio - you get lots of static and then occasionally pick up a clear signal.

I started off by tuning out suburbia. Was this right? I walked with my head down, conscious that I had several miles to do and that at least half of them would be uphill, so thought I’d get on with it, switch off, and put myself into automatic.

Was this being faithful to the idea of pilgrimage? As I asked at the beginning – is it the leaving, is it the journey, or is the arriving? It looked like I was already shutting out the journey.

I was walking beside a main A-road. A road I had driven many times. Too easy to phase it out. But driving it was not the same as walking it. It passes by a large country park that used to be a private estate (the large Palladian style manor house is still there). So it has some fantastic trees. Better than that, though, were those small micro-environments that, going by in a car, you don’t see or think about. It could be the cluster of shoots at the base of a lime tree, alive with insects, birds feeding on them, squirrels foraging about. Or that collection of dead leaves, twigs, and humus that’s collected by a curb side – rotting away and giving home to all sorts of organisms.

Time to tune back in again, pick up the signals. Listen for a while.

It’s too easy to dismiss and discard. Put some effort in, though, and you get more out.

Up the hill I go.

This route was obviously an old holloway, that collection of tracks and passages that slide through the chalk hills of the south. This one had long been covered in asphalt. Nevertheless the banked sides of the lane are still impressive and still shelter and loom over you. This track leads from the Len valley up on to the top of the North Downs.

Deep greens and yew roots are more evocative, more curious, and more engaging. Glimpses through gaps in hedges look out along the length, east and west, of the North Downs and the Pilgrims Way. There, can you hear that? That’s the pewing of a pair of buzzards giddy on the eddys and currents, soaring soaring hunting. That hover there, that’s a kestrel looking for something to eat. The rabbits (hit hard by myxomatosis this year – humans aren’t the only ones taken by disease) run for it. Was it me? Was it the buzzards?

I’m absolutely bloody knackered. It was a longer, and harder, walk than I thought. If I knew it was going to be this tough I might not have done it! I’ll be phoning in for a lift home.

I’ve been here before, this exact spot. Many times. But never like this. This is the first time I deserve to be here. Have a right to be. Feel like I do, anyway. I’ve felt this journey – the closing of the door, the grey asphalt, the green trees. The transition. That steady steepening of this damned hill. Now I reckon I am as much a part of it as the clouds, the dry soil, the hunting hawks. 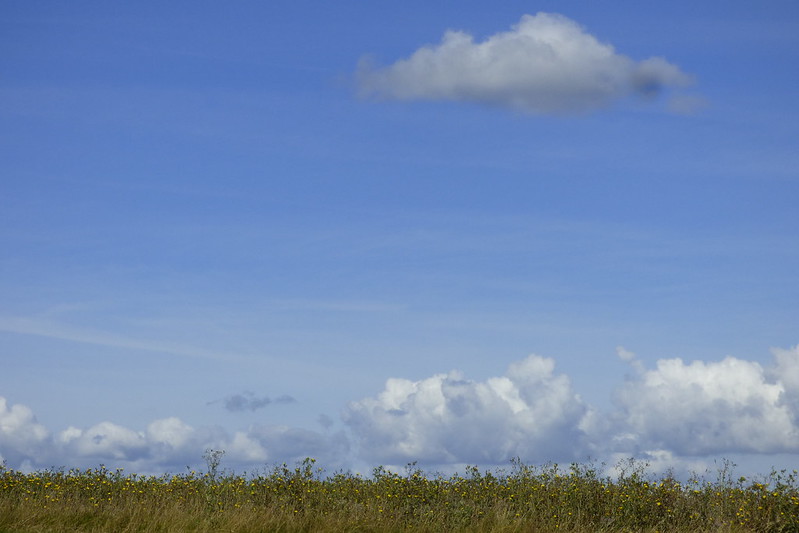 Reactions: Snufkin, Oliver G, saxonaxe and 2 others
You must log in or register to reply here.

Day Out The Pilgrim's Wayfarers

For Sale Dutch Army 'Sting' Rucksack and side Pouches