Gaiters and tall boots? Yes? No? Why?

So, i'm just wondering if there would be any benefit of wearing gaiters with tall boots?

Why do a lot of militaries still issue gaiters when they're a pain to wear with most military style boots?

Would you wear them with tall boots?

Considering most boots are of leather construction, why would you wear gaiters when the exposed foot (not covered by the gaiter) is only as weather resistant as you have made the leather?

I am aware gaiters are used to stop debris, snow and water from entering the top of the boot and they protect your trouser legs and ankles also, I can certainly see the appeal for low cut trail runners, ankle boots and mid length boots and the like and that gairers don't necessarily have to be waterproof.

But when it comes to tall boots is there any point in wearing gaiters?.

I have a pair of vintage leather gaiters, it is like low boots to high boots in one simple action. Not so much for weather protection but bramble protection when they come into their own.
Reactions: Mowmow

I wear gaiters because they keep the mud out of my boot laces and the wet off the bottom of my trousers when I'm walking/working in wet grass.
Reactions: Kilbith, Erbswurst and The Frightful
M

Laurentius said:
I have a pair of vintage leather gaiters, it is like low boots to high boots in one simple action. Not so much for weather protection but bramble protection when they come into their own.
Click to expand...

Yeah I really like the idea. I can really see the benefits of wearing them, I just feel that wearing tall boots, like combat boots for example, already have all of the benefits you get from gaiters.
Just tuck your trousers in?

I'm just wondering as I got some really nice rubberised wool swiss pull on ones years ago but then around the same time bought some high leg combat boots and never looked back and they dont really work together.

I didnt think about keeping the lace/ tongue/boots generally, cleaner.

And i noticed that tall boots and gaiters are still issued in many armed forces?

Am i missing something or am i just overthinking this.

Sorry if i come across a bit dense.

I have some trousers with tick traps in the leg, kind of a double leg, one goes in the boot the other goes over the boot with a reinforced and elasticated ankle. In a DWR coated poly/polycotton.

Mowmow said:
I have some trousers with tick traps in the leg, kind of a double leg, one goes in the boot the other goes over the boot with a reinforced and elasticated ankle. In a DWR coated poly/polycotton.

Sent from my SM-G950F using Tapatalk
Click to expand...

It depends on the environment you're travelling in, if it bracken woodland with deer in spring - autumn then probably not as your biggest issue is ticks, which you've mitigated with the tick trap.

I wear high leg boots day to day because my ankles are knackered but I'll put on gaiters, as others have mentioned, in brambles and snow, for both mechanical and weather protection.

I've used gaiters on exercise and when beating when you need to cross shallow streams or muddy fields. If you move quick enough through a stream the water doesn't get a chance to penetrate up the gaiter and into your boots.

Usually the gaiters are simply higher than the boots.
Most current NATO gaiters end under the knee. And the boots tend to become lower and lower since the last 200 years.

I expect the German army to issue exclusively sandals in 2040. 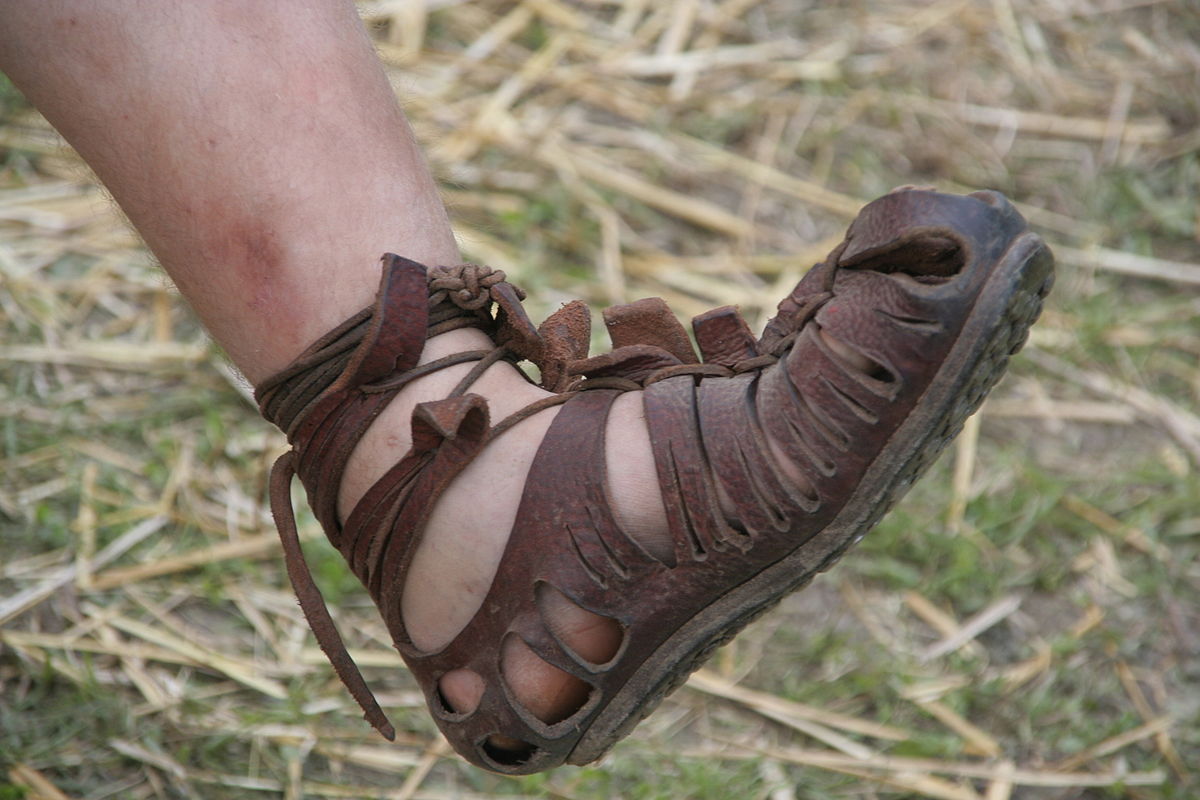 We have wooden letters found at Vindolanda fort in the north of England. Even the Romans wrote home asking for wool stockings

I like that my gaiters keep the wet off my trousers, they keep the wet out of my boots too, and the brambles, ticks, muds, snow, etc., they also keep legs and feet a lot warmer than otherwise since they cut the windchill too.
If you don't get breathable ones though, you can end up wet with sweat inside if you're working hard. Mostly when working I wore trousers that dried quickly and that stopped the sweat hanging around.
The under sole strap matters greatly. The simpler the better I found. Buckles might be sound but they end up in a dreadful mess, and that's pretty much not fun if you're working over farmland

Velcro can be worse. Boots that have a definite heel let old fashioned laces work, but most modern boots are pretty much flat. The ones that come with an all round elastic, like snow gaiters, wear badly when doing a lot of walking on rocky stuff. Easily replaced elastic strap worked best I found. When it wears too much to hold snuggly, just unstitch it and stitch a new piece on.
Doesn't suit everybody, but it works for me, but then I do work in the mud.
Reactions: Erbswurst

I wear gaiters with high leg combat boots and why, well they stop stuff entering the boot from above, less mud and water, though it has happened out on the Dartmoor feather beds but more vegetable material of which if not kept out have a habit of 'wriggling' down to annoy.

I wear Greb Kodiak hunting boots. Waterproof silicone leathers. They last maybe 2 seasons, 3 at most.
That means 10-20 days each season, walking in the forests.
I wear top quality waterproof gaiters to hunt in wet snow. Keep my pants dry.
Any more snow, any colder and I'll pick out a pair of snow shoes with mukluks not boots..

The zippers are up the back so they don't get crapped up with frozen snow dags.
Bottom front is a recurved "fang" that you use to catch your boot lace so the whole
business can't possibly ride up your legs.
I use replaceable leather boot lace under my instep.
The length is just right so there's never any reason to untie any of it.

Mowmow said:
...am i just overthinking this.
Click to expand...

This.
Look, if you don't like it then don't do it. That's as much analysis as is required.

I wear gaiters for the same reasons Toddy does, though more often than not I forget to put them on.
Mind you, I don't like heavy footwear, so I don't wear big heavy boots. The ones I wear aren't even waterproof.
But's OK - I wear sealskinz when it's wet. I know they're a bit marmite, but I get on well with them.
That combination works for me and that's all that matters.
M

Dont have a problem with 'em.
I quite like them actually i just couldnt get my head around tall boots and gaiters as they're not such a necessity as they are with lower cut boots.

My Reason for gaiters: walking through unexpected long (knee height) wet grass my polycotton trousers got soaked and in turn the water ran down my legs and into the boots. After a couple of miles of this you can imagine how much got into the boots and made it pretty uncomfortable sloshing around.

Another reason as mentioned is the bramble/gorse trap.
There are a couple of places I visit that are mega bramble traps, so gaiters helps stop snags and unwanted damage. It is a personal thing, you can wear water proof over trousers or tougher materials but the gaiter seems to fix this for me.

Apart from the old wire type buckle issue gaiters, which are complicated to fit, the new types with replaceable straps work well for me.