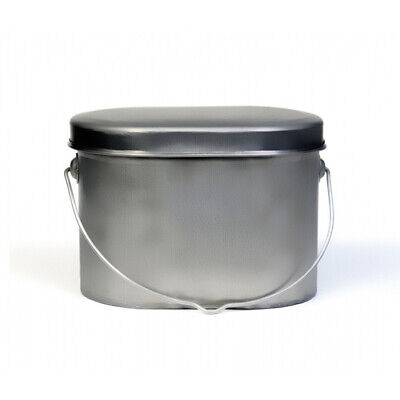 It's a pity that they didn't understand that the lid of the German mess kit is the eating plate or cup.
The German mess tin has round about 1500 ml pot and 500 ml lid. That are sensible sizes.

If they would have copied the original correctly I would have bought it.

But not with that lid here, sorry!

Very funny that they think to be more intelligent than the German armies in the last 100 years...

Well they did ride over you in '45 like a steamroller over eggs my friend. Noted with similar precision and acceptance of casualties.
Reactions: Erbswurst
T

Even the communist countries copied the German design, I have the Hungarian Warsaw Pact version.
Reactions: Erbswurst

I agree I daresay there's a point of identifying a great piece of kit and continuing it's use. Most of the Warsaw Pact countries were invaded or allied to Germany, Romania, Hungary etc. so they likely had it as standard kit or at least seen it's versatility.
E

After WW2 the Red Army started to use a 100% copy of the Wehrmacht Mess Kit.
(I think, they simply disassembled a few eastern German factories.)
GDR develloped a cheaper but nearly identic model.

Dutch, Finnish, Austrian Army use the slightly different Bundeswehr mess kit.
That design is develloped to the end in my opinion.

If we count the several nearly identic versions we mentioned here together, I am pretty sure, that this model is the most produced mess kit in the world.
The only option to make it better would be a 100% identic titanium version.
Last edited: Apr 6, 2020
T

The Finnish army adopted the originally German design before WW2, the model year is 31. It had become familiar even earlier during WW1.
Reactions: Erbswurst
J