For Sale Throwing knives and spikes

Since I had an order for a set and I seem to have them in mind right now, I knocked up a couple of sets of throwers

18's and over only, prices include Paypal fees and UK delivery (1st class on one knife, RMSD on a set of 3)

I have two sets of up for grabs, though I'm willing to split the sets if people would rather buy just the one knife. Since these need to be as similar to each other as I can, I have a pattern in the workshop. So I can make more to order if there is the demand for them 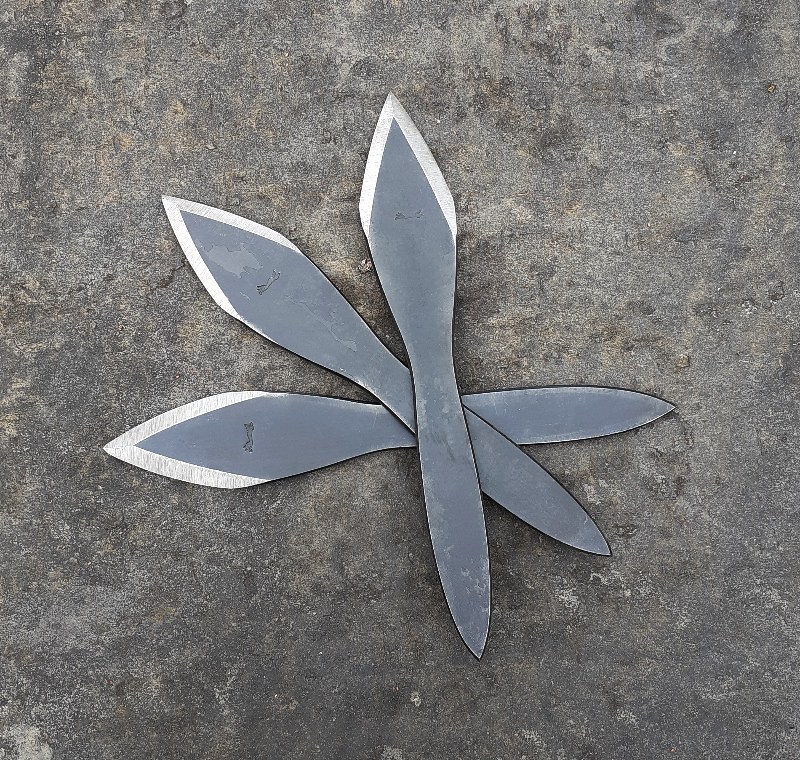 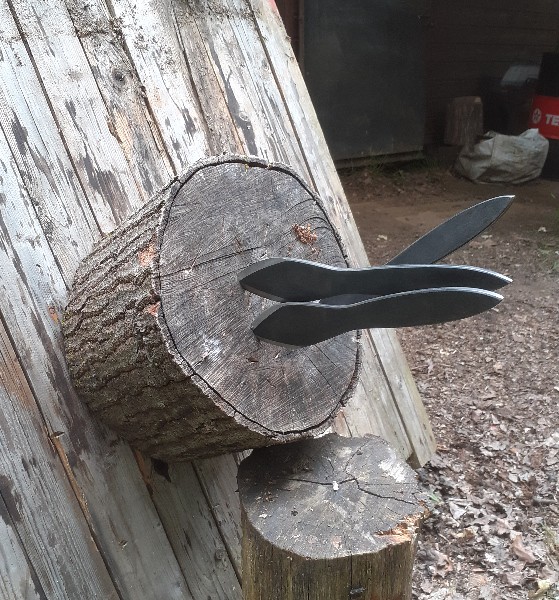 
Next up, some bo shuriken or throwing spikes. I made these for the Moot, but since it won't be happening this year, here they are instead.

All made from mild steel, but with toughened tips. Al sets are £18 including postage and fees . 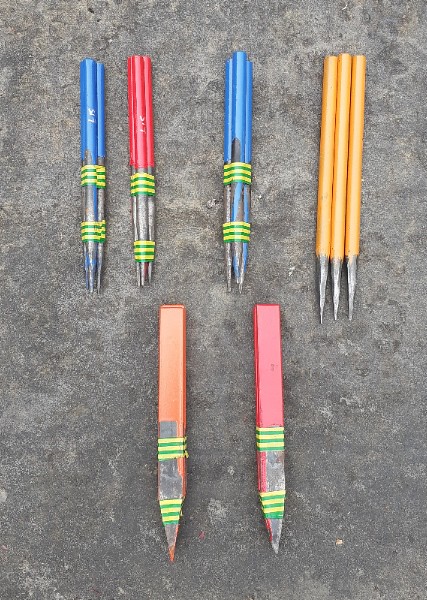 The 12mm orange are 9" long as a point of reference

Sent from my SM-A705FN using Tapatalk

Could I have the bo shuriken blue 11mm.

PM me your address again and I will send payment

Where the path takes me

Can I buy a set of three throwers @£115 please Dave? I have been meaning to pursue you for a while for something like this. pm sent.

reply inbound That's the last set. I might have to make some more this weekend!

What Shirukens do you have remaining?

All but the larger blue ones are still here. Which woukd you like?

Where the path takes me

Throwers have arrived. They are first class.

Superb weight and length. Very comfortable in the hand. The shaping sits nicely in the palm.

They meet all the criteria for throwing with KATTA (UK association) and Euro/World comps etc.

They will get a good work out this weekend.

If anyone is thinking of ordering - don't hesitate.

Thanks Dave - spot on!