The Ultimate "What is this Fungi?" thread.

TeeDee said:
Does Fungi , if harvested early in the season - regrow a new 'head' once its been taken?
Click to expand...

Not directly from the same 'stem' as far as I'm aware (there may be exceptions, I don't know). As you know, the 'mushroom' is just the fruiting body with the fungus mass not visible - it's best to think of it as the apple on the tree.
Reactions: TeeDee

I’m in to woods on my rounds so no books handy to reference. Had this last year but completely forgot what it is. Any thoughts? Not oyster despite first thoughts. It’s about three days old now forgot my phone the last few days

Why do you say it's not an oyster? Looks like an old Pleurotus of some sort from the pics.

I agree; looks like Pale Oyster to me - Pleurotus pulmonarius which is a species often cultivated.

Cheers, thought the oyster had more of a rounded lip, which even when first emerging this did not have?

awarner said:
Cheers, thought the oyster had more of a rounded lip, which even when first emerging this did not have?
Click to expand...

The Oyster you usually see in supermarkets, Pleurotus ostreatus, the greyish one, has a more rounded lip when young in my experience but not the Pale Oyster.
Reactions: punkrockcaveman

As one who knows very little about fungi I thought I’d ask for a little help.

I’ve just found these growing at the base of a beech tree in the garden. They look delightful but I’m not going to take any risk.

What are your thoughts? 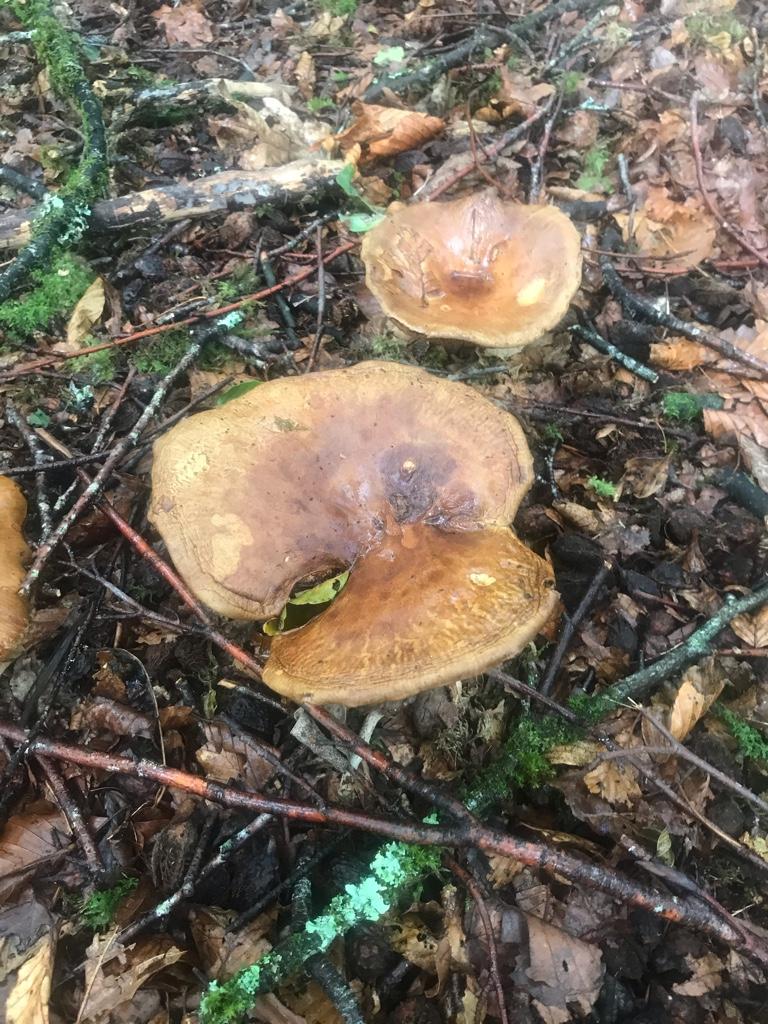 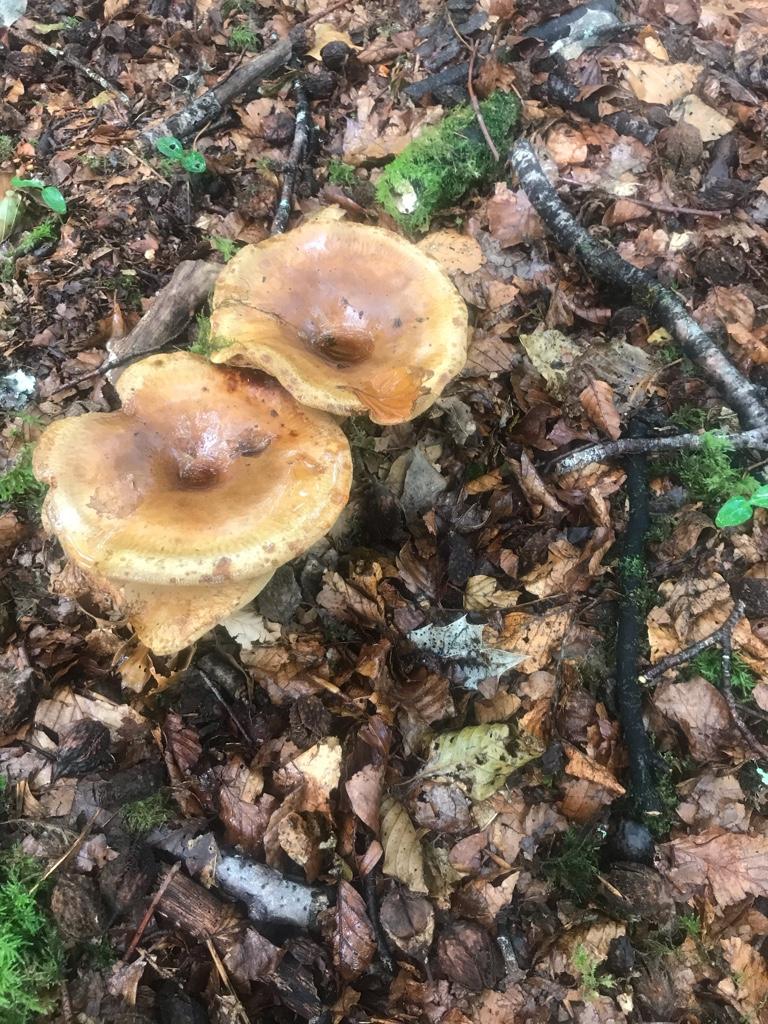 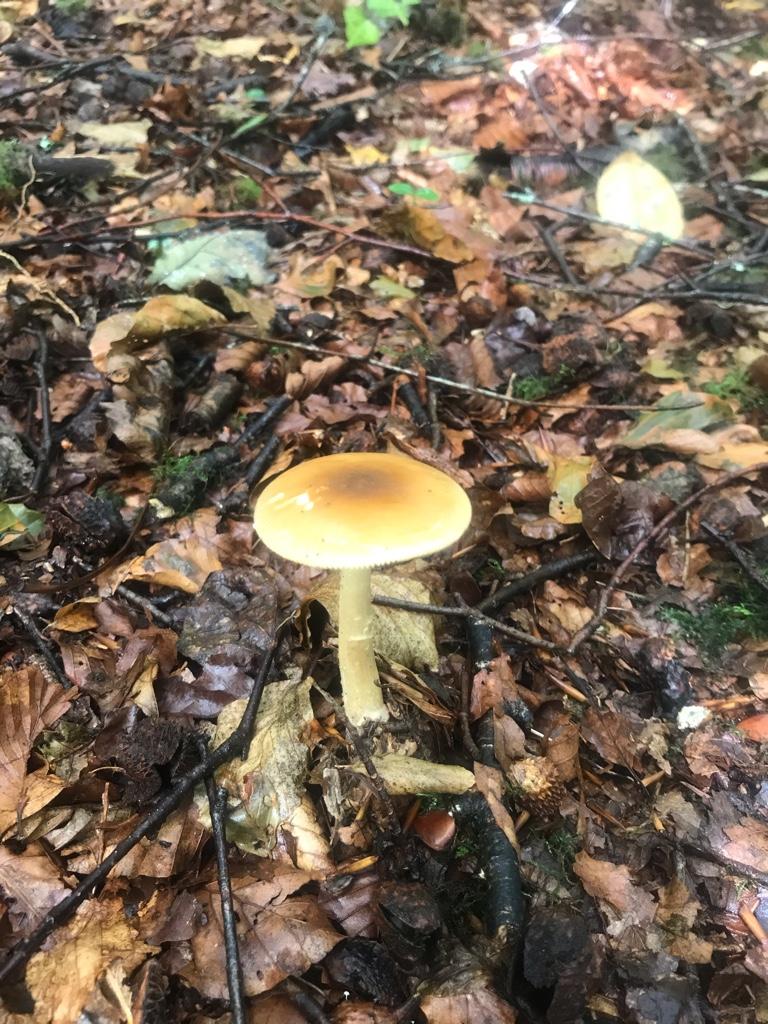 Sent from my iPhone using Tapatalk
Reactions: punkrockcaveman
B

The top 2 pics look like brown roll rims (Paxillus involutus). Not edible and do have some toxins in them. The bottom one, not sure. Any pics of the underside? Doesn't look like an edible though.
M

The top picture could be paxillus involutus but they tend to be more common under coniferous trees, they could be beech milkcaps and one look at the gills should tell you as any finger brushed along the gills produces milk like liquid. The second photo looks like a young amanita gemmata the jeweled amanita. Both mushrooms not edible.

Thank you for this advice. It’s much appreciated. I think these fruiting bodies look wonderful but I’m not going to pick them.... looks like the snails prefer them!

Bottom one is an Amanita. One of the grisettes.

Geoff Dann said:
Bottom one is an Amanita. One of the grisettes.
Click to expand...

Nice to see you back Geoff! How's the new book coming on?

How about this boletus?

Broch said:
Nice to see you back Geoff! How's the new book coming on?
Click to expand...

I’m impressed with “old” book (Edible Mushrooms), though I’m still struggling with the fungi in the back ground. 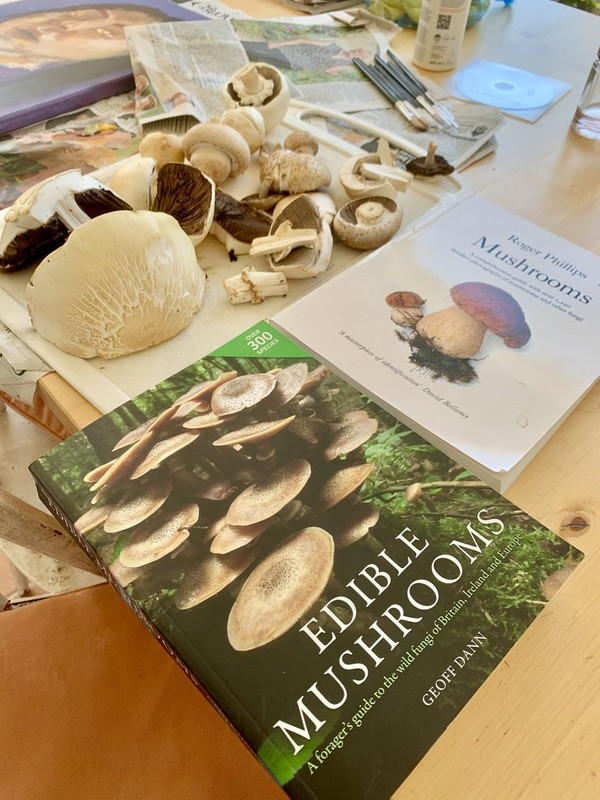 I’m impressed with “old” book (Edible Mushrooms), though I’m still struggling with the fungi in the back ground.
Click to expand...

Another year, another go at identifying these fungi (previous year’s pics below, but NB, different part of field and the recent ones are smaller)

Location: S Wales coast. They were in a line (part of a ring?), in a cliff top grassy meadow. No trees but some gorse.

Smell: not TCP/phenolic. Maybe a bit aniseed but that might be my wishful thinking!

Either side of the tape measure are the ones that were in a line together (1.5m apart) 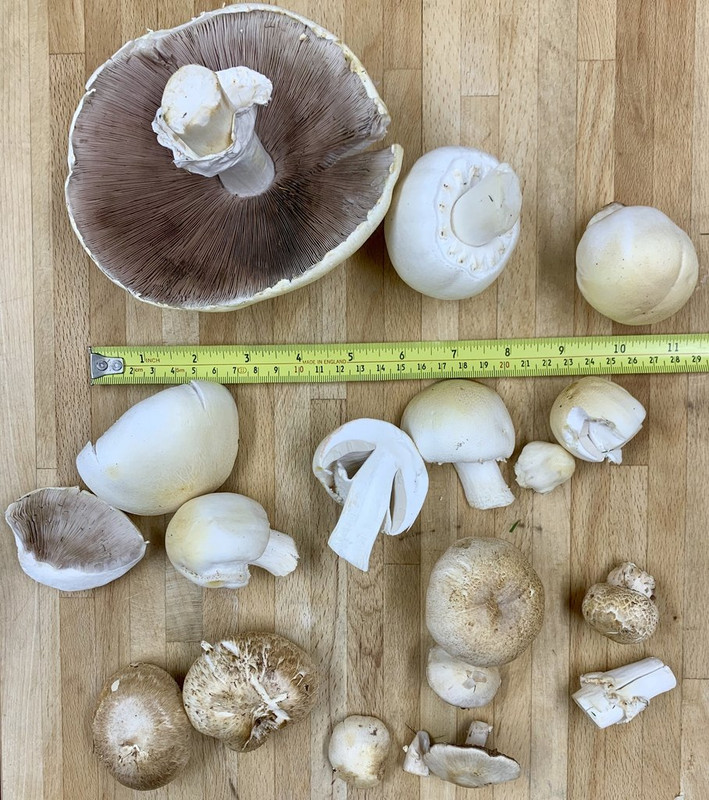 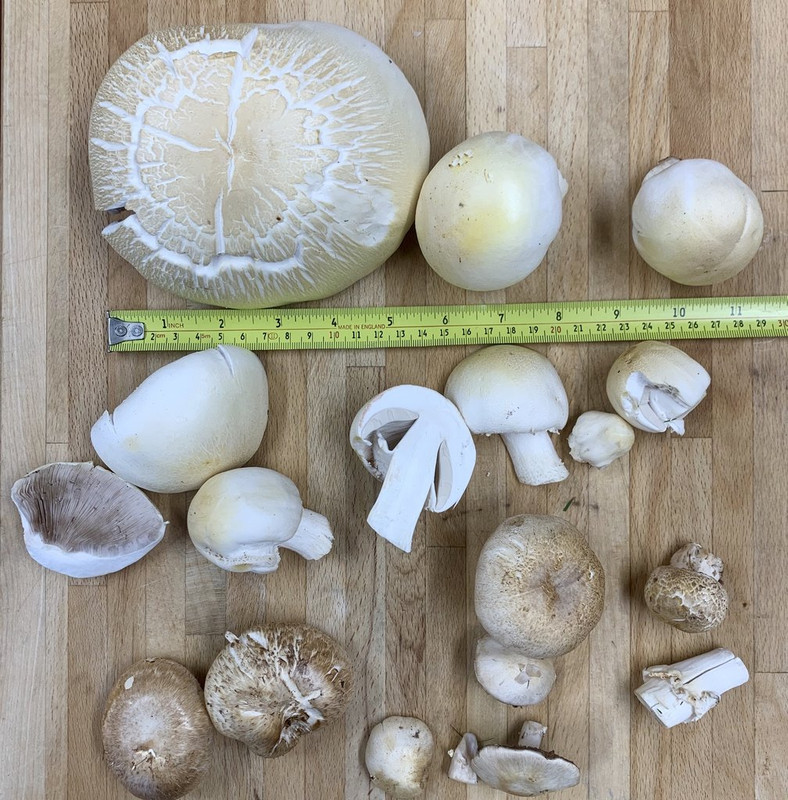 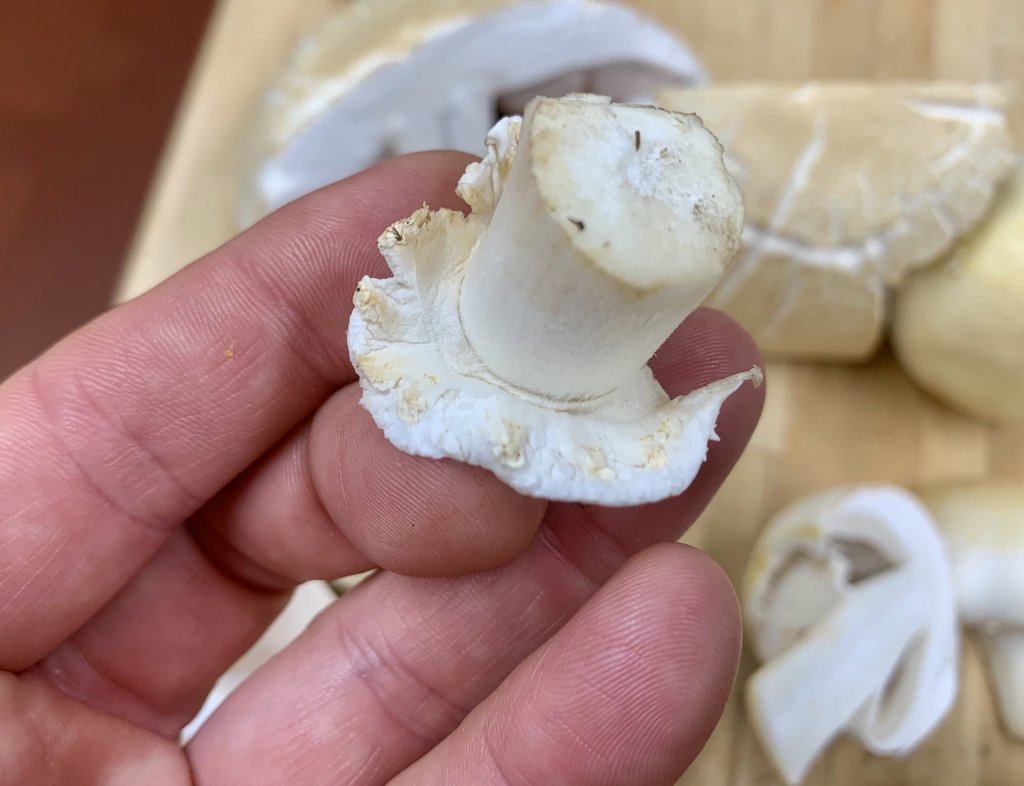 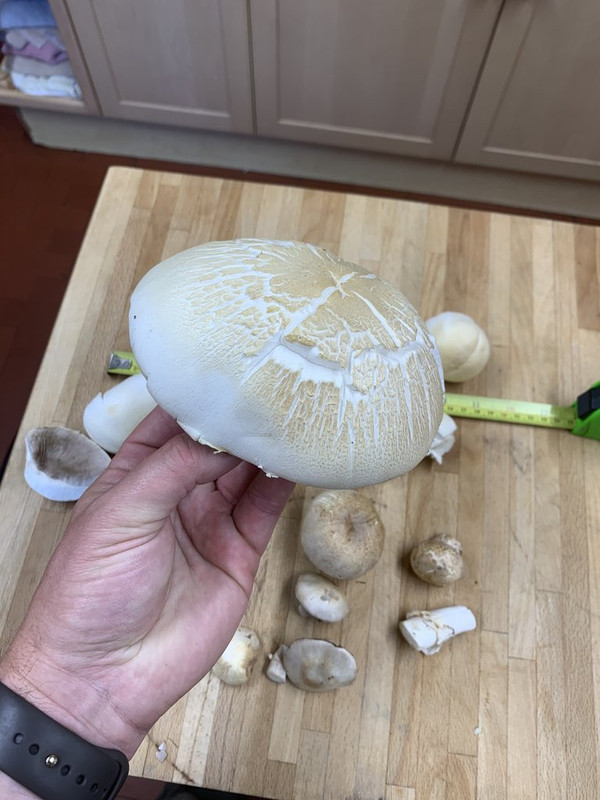 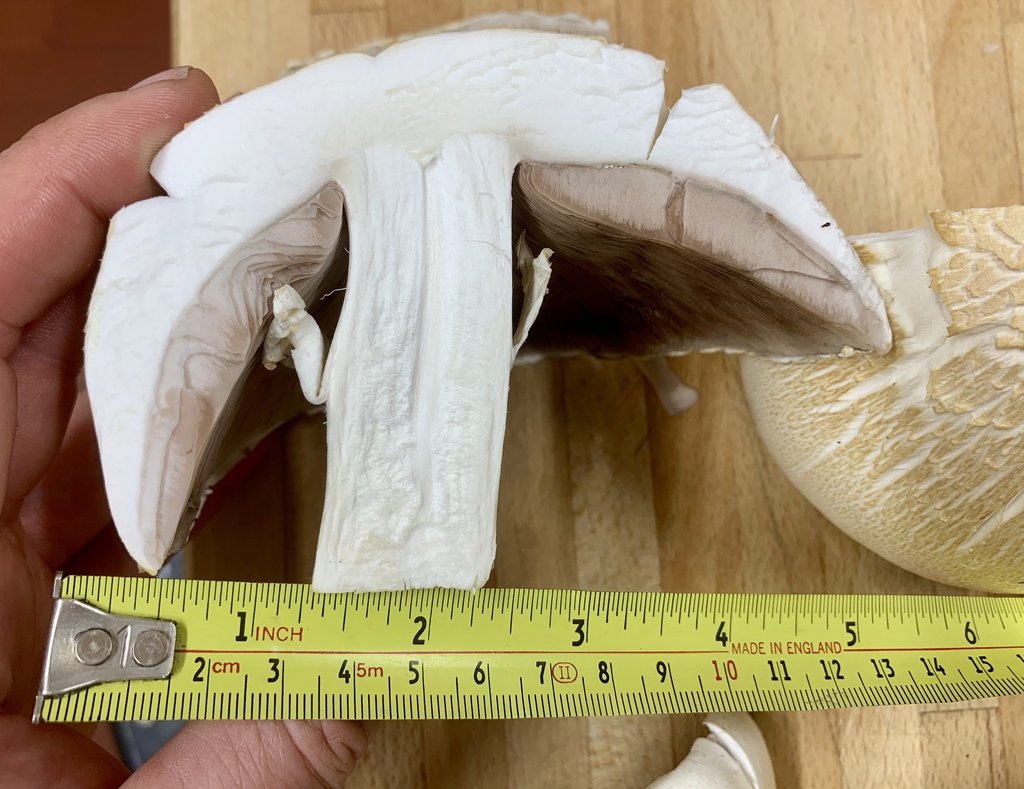 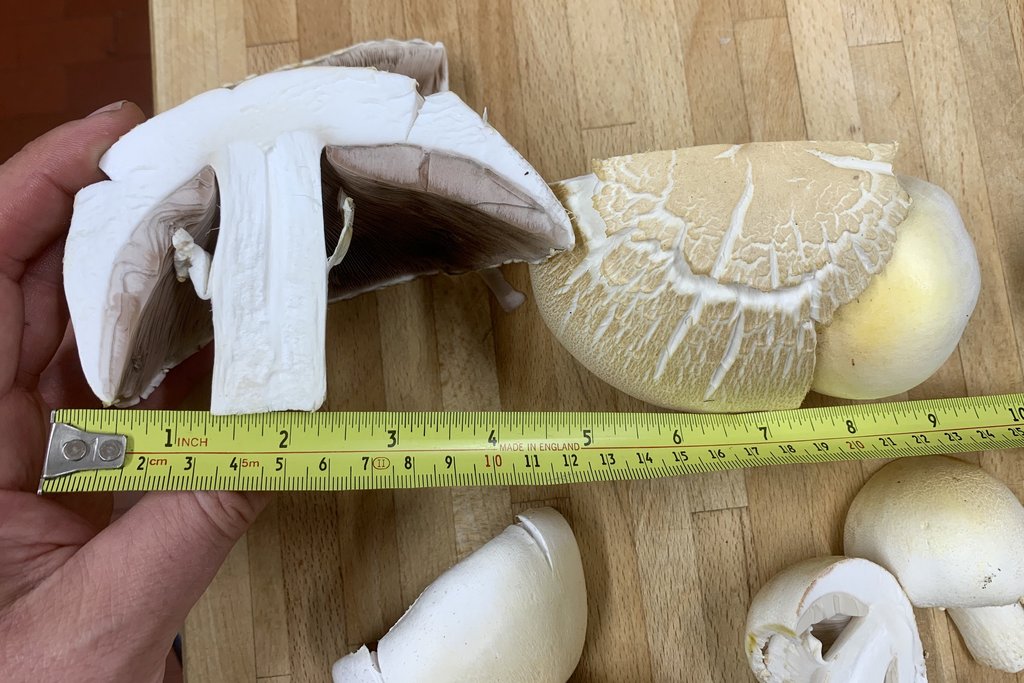 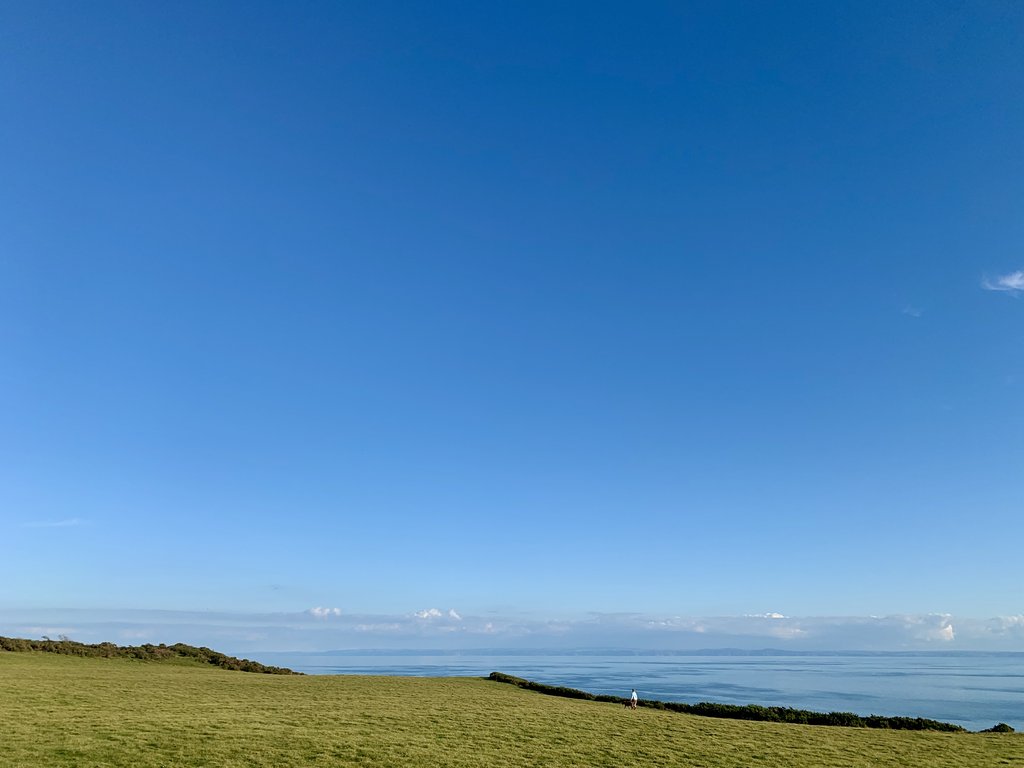 After 18hrs the (accidental, hence on the side, not the usual cap-downwards arrangement) spore print of the big one is like this: 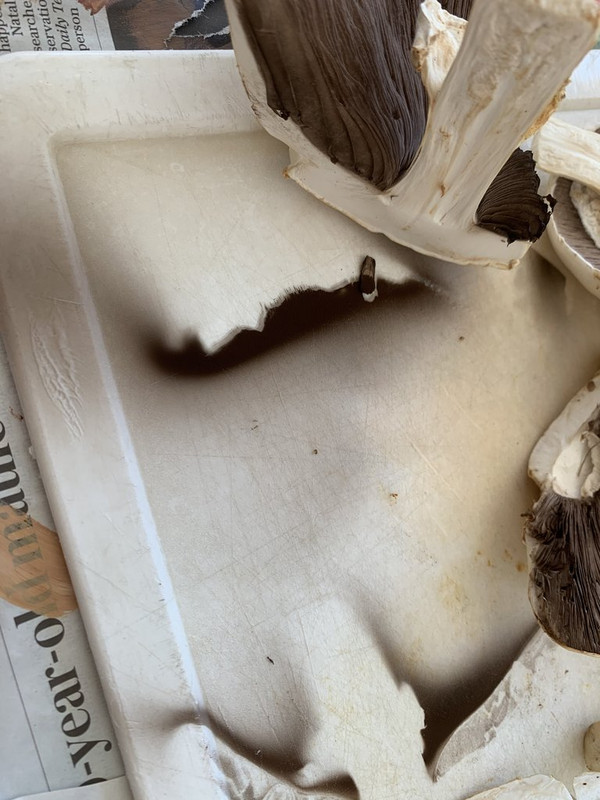 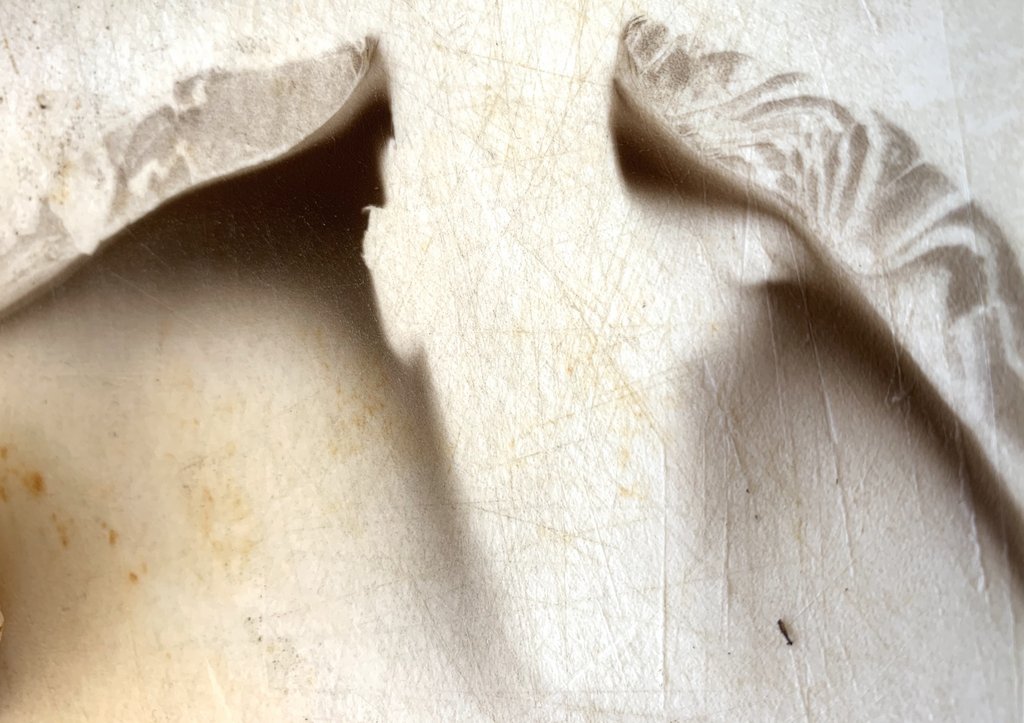 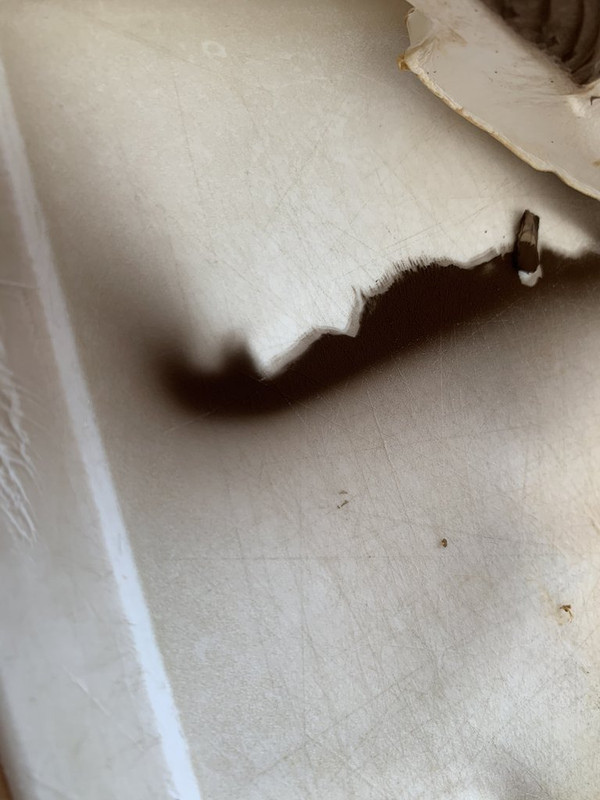 And the stem and cut edge of two of the smaller ones look like this: 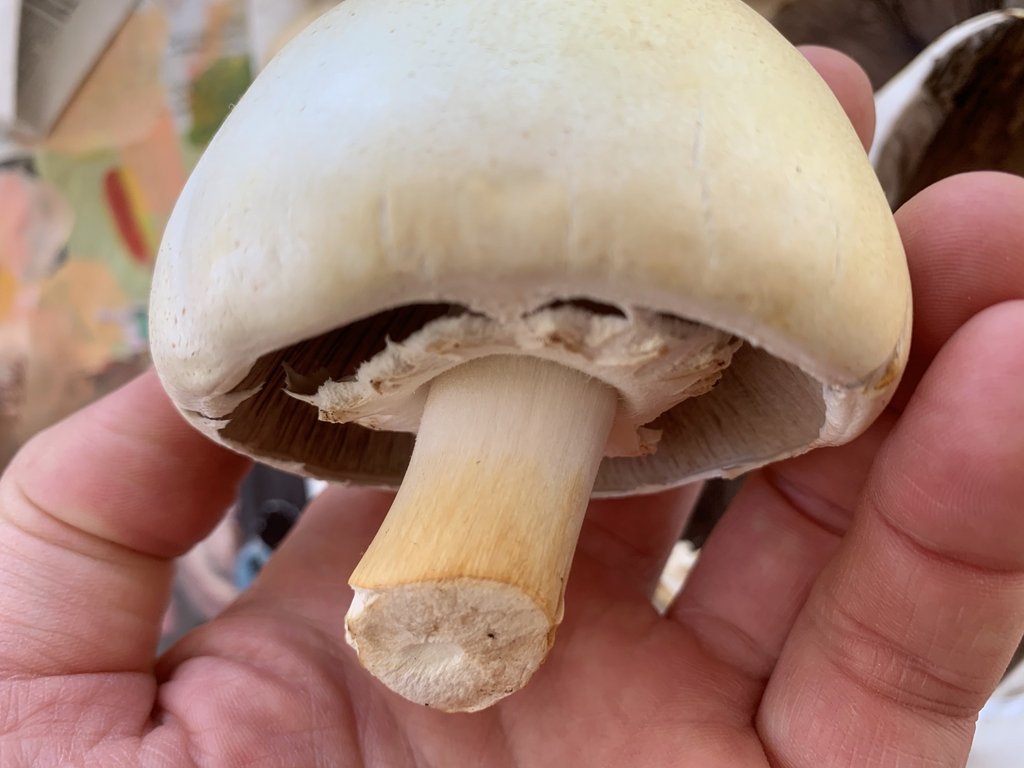 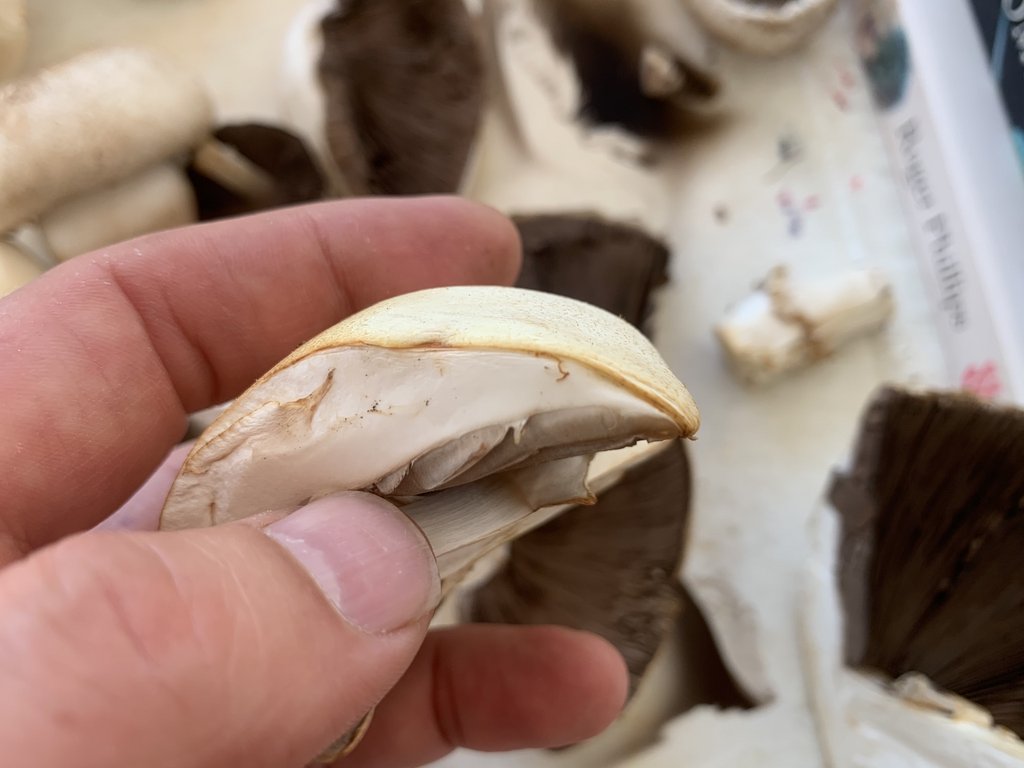 I had wondered if they were Agaricus urinascens but I’m worried they are yellow-Stainers (albeit they don’t readily stain yellow where bruised, nor smell of TCP).

Usually when I find similar fungi in this area they are slightly fatter-stemmed, the centre of the cap is more irregular/craggy and they are invariably riddled with grubs (whereas the above are maggot-free.)

Below are photos of fungi from a previous year, from the same field (but a different part). Similar large mushrooms, which “we”(BCUK) couldn’t reliably ID: 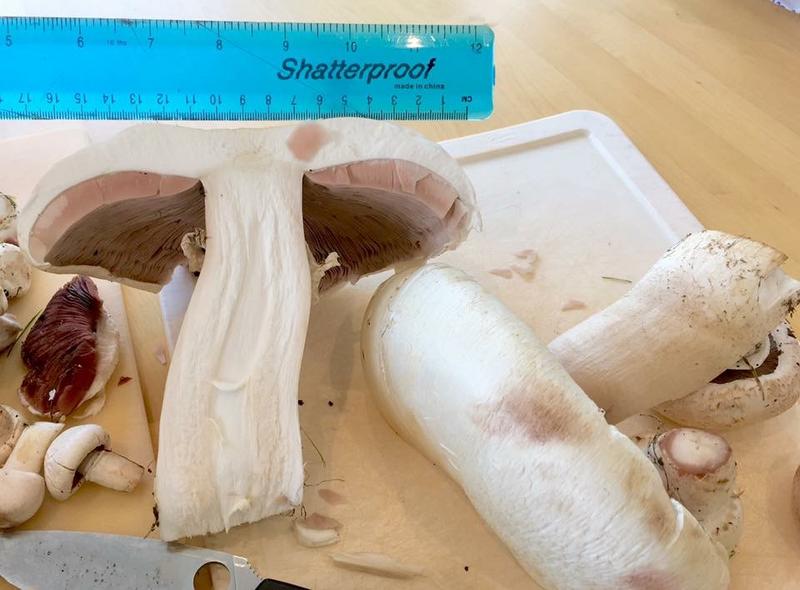 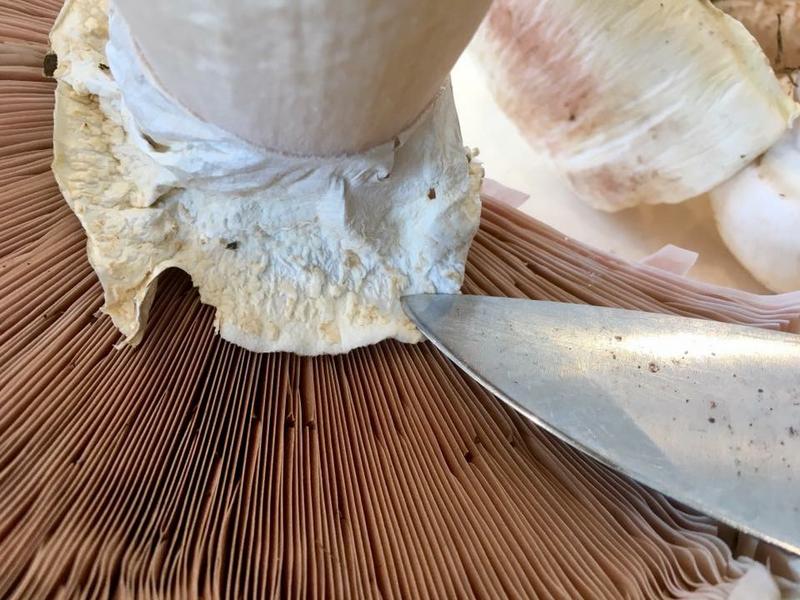 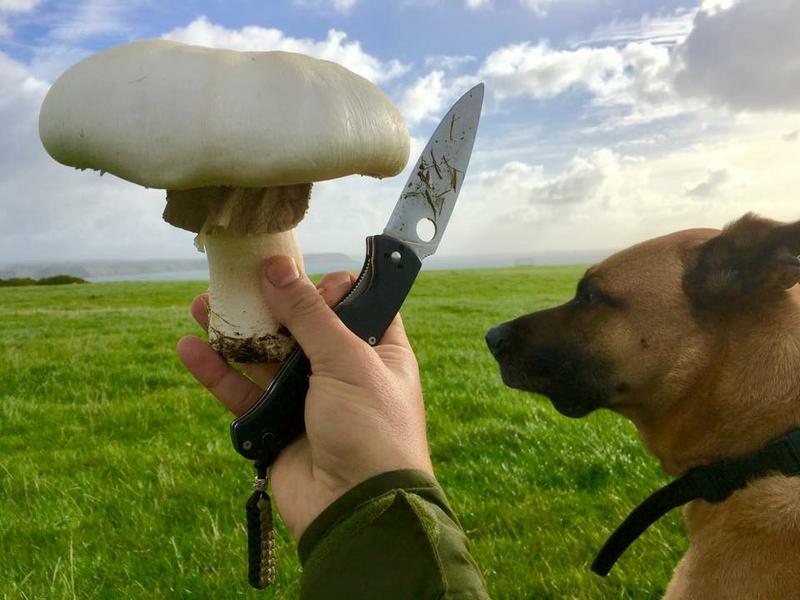 Which model of Spyderco is that please. ?

TeeDee said:
Which model of Spyderco is that please. ?
Click to expand...

Resilience.
Great value beater when I bought it years ago (more expensive now).
I have had various "hyper steel" knives (CPM-Rex, M390, S110v, etc) but for real world use I've come to the conclusion that it's all "Emperor's new clothes" and the "basic" alloys are better.

Now, what model fungi are they?!
Reactions: TeeDee

Asking for a friend: growing a lawn under a cherry tree. 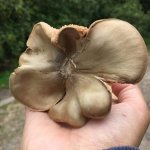 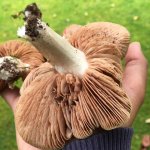 The "what is that plant?" thread

Leather Craft_Show us what leather goods you have made past & present

The will to learn