it has been a long time since I've been able to visit my favourite forum (due to lack of internet ) so I wanna use this opportunity to ask this question:

I had a lot of challenges and setbacks this year (incl. becoming a ronin, breaking my collar bone in a hit-and-run car accident and losing my most-used knives in an armed robbery in nicaragua) but also some happy moments: since January I've been living on my own on a farm ways up in the hills (peaceful but no electricity) together with a gorgeous girl with big floppy ears who was the size of a guinea pig when I first met her -- she needs more training but shows great promise as a hunting dog <3 "" hanging out with the locals" " got a new meaning when a sloth decided to move into the verandah for a day but not all wildlife was that welcome (which is the purpose of this thread):

I've had a lot of close encounters with venomous snakes incl. stepping twice almost on a fer-de-lance in the jungle (the smaller one about 2m long...) and another guy killing two 5ft females close to the house -- the second one ready to give birth to 18babies --... both made great stew

one question did not manage to get answered despite asking the locals and a short internet research: WHAT is the difference between a fer-de-lance and a bushmaster (== as they would require different antivenom in case of a bite...)?! anyone able to enlighten me?!

I'm no expert on this but they are different genus . Both very nasty and deadly. Might be an idea to talk to your nearest hospital or medical facility about this. Perhaps keep some anti venom on you at all times and learn how to use it.?
Rather you than me! I realy hate any type of snake. Rather face a wolf!
J


Snake is nice, I have eaten both the grass snakes and the adder.

But Green Iguana is nicer, I am sure you have eaten them, Forestdweller?

I have seen wolves close to me, and I prefer a snake. Yep, I jump high at first sight. I guess some inbuild reaction? We have the local ( indigenous) Cayman Racer snakes in our garden.
I jump every time! 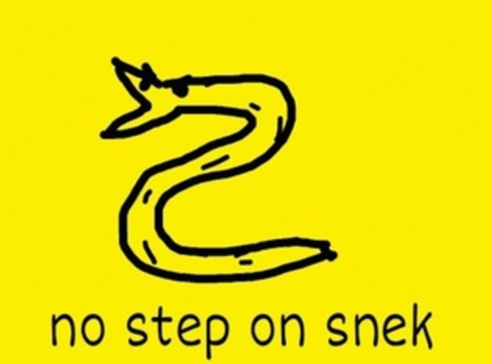 Do I win?
Reactions: Woody girl

Sorry to hear about your problems. Hope all is on the up now. Stay safe with those nasty snakes!

I can think of two people on this forum that would be of help but neither of them comment much nowadays:
1) Pict, who lived in South America for a few years (specifically he lived in Brazil) and
2) JonathonD, the forum’s resident herpatologist. 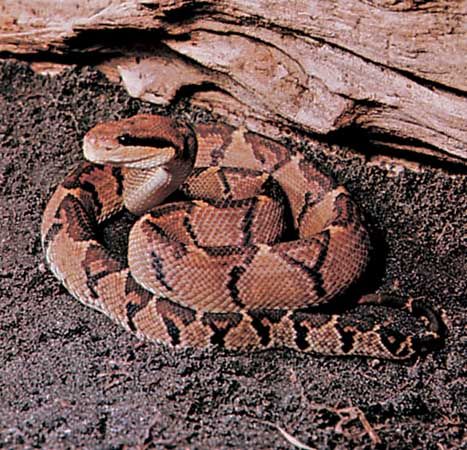 Adults vary in length from 2 to 3 m (6.6 to 9.8 ft), although some may grow to as much as 4 m (13 ft), making it the longest venomous snake in the Western Hemisphere. Bushmasters are the longest type of viper in the world. L. muta is possibly the largest of the three species currently recognized, although more scant information suggest L. stenophrys broadly overlaps in size and may average at a similar size, while L. melanocephala is slightly smaller than the other two species.[5][6][7] Although they are not the heaviest vipers, being surpassed in mass by the Gaboon viper and the Eastern diamondback rattlesnake, large adults still can weigh up to 3 to 7 kg (6.6 to 15.4 lb).[8] Bushmasters are sexually dimorphic in size, with males reaching larger sizes than females.[9] The bushmaster's tail ends with a horny spine which sometimes vibrates when disturbed like rattlesnakes.[10] This has led to some calling it 'the mute rattlesnake'.

Bothrops species can be distinguished by their broad, flattened heads which are set apart from the rest of their bodies. The head of this snake is light to dark brown or even black. Although usually absent, it may have occipital blotches or streaks that range from indistinct to distinct. The underside is most often pale yellow. This species has different patterns and colors on its dorsal and ventral sides and it exhibits a postorbital stripe. The ventral side is yellow, cream, or a whitish gray, with dark blotches that are more frequent closer to the posterior end. Ventrolaterally, B. asper has interchanging gray scales which are more pale towards the medial line. Dark triangles with pale edges can be seen laterally, which range in number from 18 to 25. Apices either alternate or are reflective of each other over the middorsal line. In the interspaces, there are dark, paravertebral blotches. Specimens may have a yellow zig-zag-shaped line on each side of the body. There is a great variety of colours on its dorsal side: olive, gray, light brown to dark brown, tan or sometimes nearly black. To prevent water loss where they occur in drier regions, this species has more scales.[2]

Specimens of this species may weigh up to 6 kilograms (13 lb) and are often 1.2 to 1.8 meters (3.9 to 5.9 ft) in length. Very big females can reach lengths up to 2.5 metres (8.2 ft), although this is uncommon.[2][7] These are among the most sexually dimorphic of all snakes. The two sexes are born the same size, but by age 7 to 12 months, females begin to grow at a much faster rate than males. Females have thick, heavy bodies and grow significantly larger than males.[2] They also have heads two or three times the size of males relative to their size and proportionally bigger fangs (typically 2.5 cm), as well.[8]

Across its geographic range, this species varies greatly phenotypically. As a result, great confusion between it and other related species, most notably Bothrops atrox, which is similar in color but usually has yellow or rust-like tones and rectangular or trapezoidal blotches.[2]
Reactions: santaman2000
F

thanks for the replies so far -- despite all my misfortune i had some good moments as well... .while I miss my tools bitterly i miss my friend most (== a ronin is a samurai who lost his master -- in my case it's a good friend looking his battle with cancer and keeping it secret) --- the gang leader of the robbers lost 3pieces of ID so hopefully enjoyed some time picking up soap in a nicaraguan prison... sadly it will be some time before I can replace my tools...

haven't tried iguana yet as they're almost hunted to extinction here...

only if you stay fully alerted 24/7/365 as snakes (and spiders and scorpions) can be everywhere -- I killed a 50cm fer-de-lance trying to get past while sitting on the toilet (just finished what I came for and grabbed my shovel...)

antivenom is as far as I know species specific and needs to be stored cool (no fridge in the jungle...) so it's no an option
vast majority of venomous snakes here are fer-de-lance (tercioupelo) followed by mano (de)piedra (internet pics show them brown/ black BUT here they're gray/ black), seems i haven't encountered any bushmasters yet (not that I'm sad about it as their venom according to locals contains an ingredient causing flesh to rot...)

while I might be able to reach help in time I'm more worried about my little munchkin sticking her curious nose into a snake --- no chance to make it to a vet in time...
Last edited: Nov 17, 2019
F

!!!attention!!! : anyone handling a dead snake be aware that heads still can bite /lose venom after being chopped off so keep your fingers away and make sure you've no scratches etc. ... (venom is located in head and gets destroyed by cooking so meat is safe to say and tasty)

I made use of the opportunity of internet and watched some episodes of "dual survival" : the "" central america "" episodes look like my backyard

on a side note: both fer-de-lance and boas give birth to living babies (=not laying eggs) -- the "" snake surprise "" in that IMHO rassistic scene in "" temple of doom "" is a movie mistake as boas don't live in India and pythons lay eggs...
Last edited: Nov 17, 2019

I could be wrong of course. In any case, you’re the one who best knows what’s even available there.
F

i don't claim to be a herpetologist , my knowledge comes from books, internet and what I've learned during my travels, so there's the possibility of errors and outdated knowledge...
but according to what I've been told last year (after a neighbour's daughter got bitten by a fer-de-lance ---fortunately it was an adult snake delivering a dry bite...) the hospital in the nearest "city" has really good snake bite facilities. hopefully I'll never find out for myself
Reactions: santaman2000

Yeah. All I really know about antivenom is what I’ve read online as well.

Long time FD. How are you.

Forget antivenin, it’s expensive and has a short shelf life. And can also be just as dangerous as the venom itself. Don’t worry about Bushmasters, quite rare and it would be a pleasurable wildlife moment to come across one. FDL’s are another matter. Just be careful and try to get your eye accustomed to their pattern. You can teach your eye to recognise them without even trying to look. Print a picture out and keep it in the bathroom were you look every day. You’ll soon get your eye in and your brain will register it before your eye does if you see one in the wild. It’s how I used to train my eye to find vipers when on expedition. And printed out cutouts hidden by third party’s in their area makes a good educational game at the same time. Prevention is certainly better than cure. Even a small bite could mean amputation or muscle mass destruction in their case.
Reactions: santaman2000
D

FDL is a blast from the past.
I remember them from Belize, we had a live one in the office so the Environmental Health Tech could use it in his talks, the dead one in formaldehyde bleached.
It had to go after it bit someone on Christmas Eve, the Regimental Enquiry weren’t impressed when they found out it had been turned into a hatband before the enquiry had a chance to consider all the evidence

JonathanD said:
Forget antivenin, it’s expensive and has a short shelf life. And can also be just as dangerous as the venom itself.

Print a picture out and keep it in the bathroom were you look every day. You’ll soon get your eye in and your brain will register it before your eye does if you see one in the wild. It’s how I used to train my eye to find vipers when on expedition. And printed out cutouts hidden by third party’s in their area makes a good educational game at the same time. Prevention is certainly better than cure. Even a small bite could mean amputation or muscle mass destruction in their case.
Click to expand...

thank for your reply: glad to read that an expert confirms what I've heard about anti venom
no need to keep pics in the bathroom as that's where I encountered several juvenile FDL and mano (de) piedra....

i seems to have developed a sixth sense for snakes as I often feel them before seeing them so your suggestion makes sense, never stepping over fallen logs (in case there's a snake behind) or poking your hand where you can't see (met a guy who got bitten by a tiger snake this way) have also since long become a habit of mine -- now I've to teach my curious dog to do the same...

i also wonder if the fangs of a large FDL would be able to penetrate rubber boots (the common footwear in the countryside over here ) as they're about an inch long on a 5ft. snake...
Last edited: Nov 21, 2019
You must log in or register to reply here.
Share:
Facebook Twitter Reddit Pinterest Tumblr WhatsApp Email Link
Top Bottom