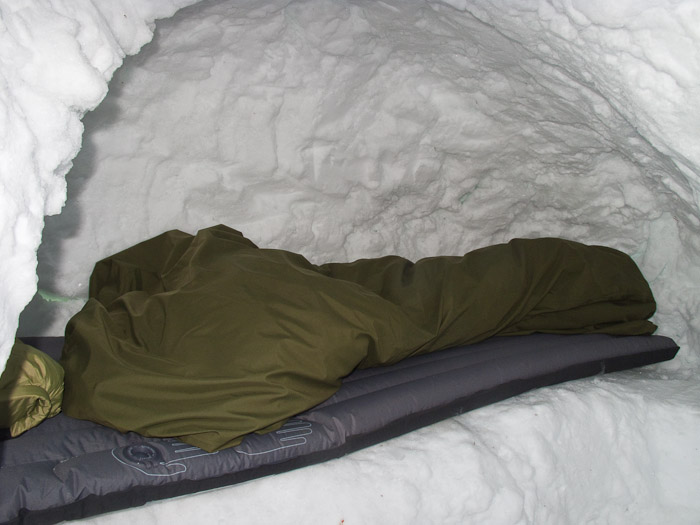 Just finished a couple of modifications to my Sub Zero Sleeping System.

The old system, with a Brit Army Bivi bag worked fairly well but the Goretex stopped breathing at low temperatures which resulted in ice forming on the inside which transferred dampness to the synthetic mid layer sleeping bag.

Not too much of a problem but not ideal. 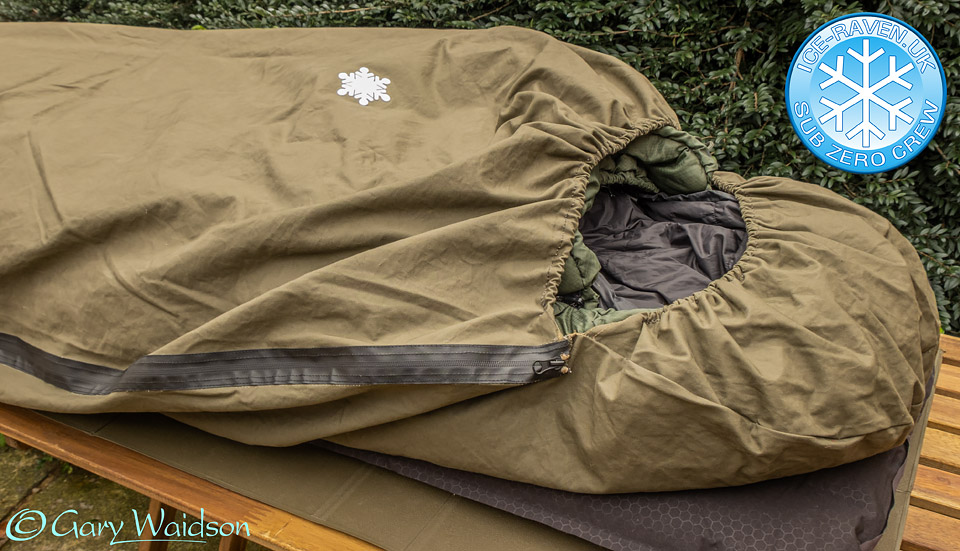 The new Shell bag is made from Ventile which while not being quite as "waterproof" makes up for it in a cold environment by being much more breathable. I made this bag some time ago but haven't used it much because it was awkward to get in and out of. I've improved that now with a water resistant zip on the side. 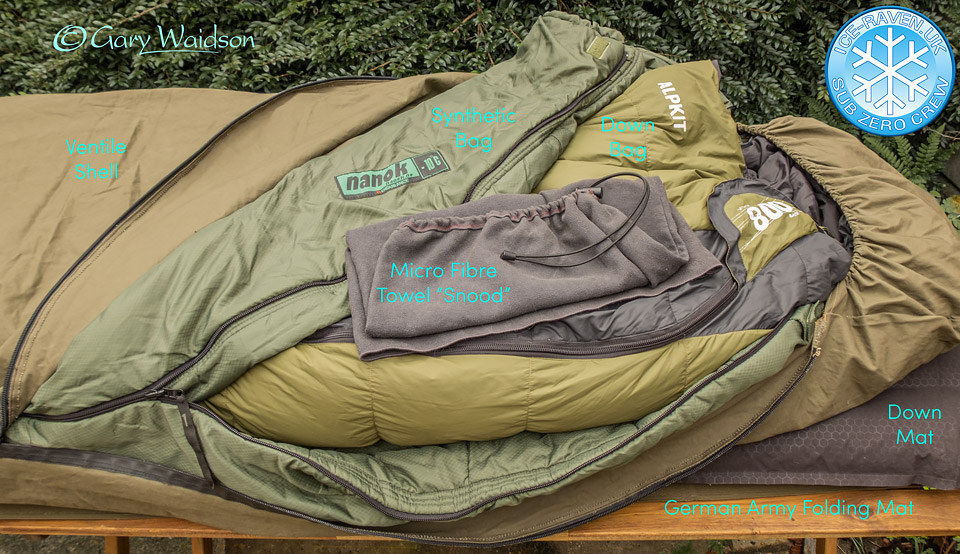 The rest of the system remains pretty much the same. A down filled inner bag for maximum warmth to weight ratio.

A synthetic mid layer bag which is less damp sensitive as condensation may start to occur in that layer.

Underneath all that I have a 9cm inflatable down mattress sitting on a folding foam mat for puncture protection.

The other essential part of this system is a tubular hood made from a microfibre towel.

This is used to absorb moisture from breath which could otherwise condense in the sleeping bags or shell compromising their insulation properties. It can be dried out during the day much easier than the rest of the system.

I wouldn't try it in rain conditions but I will be under shelter with just some wind blown snow to deal with.

The main requirement is another layer of trapped air outside the bags and for that the Ventile should work perfectly.

Just remembered that I should have mentioned that the synthetic bag is a military spec bag and considerably larger than the down bag which gives it room to loft properly.

The shell is also large enough to allow the synthetic bag to loft too. 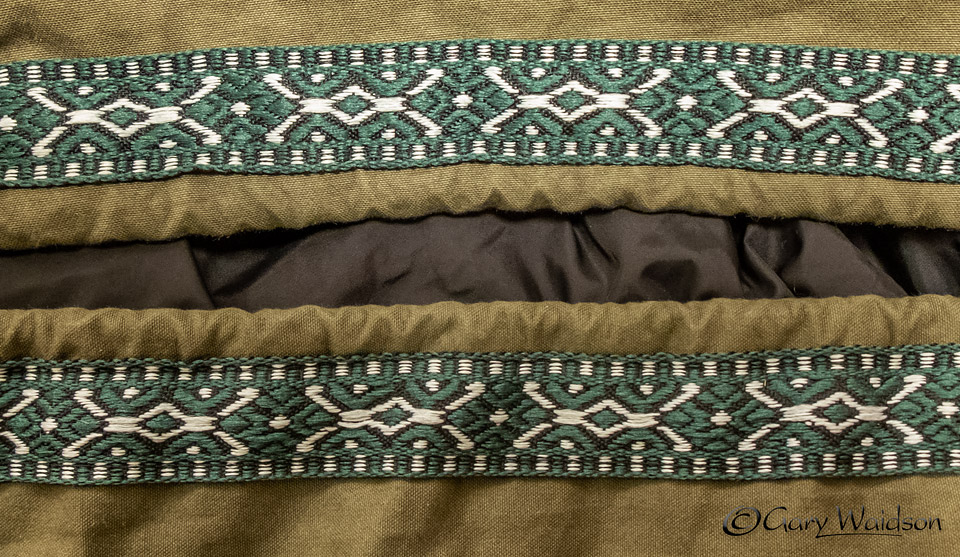 Anyone that knows me would think it wasn't mine if I didn't decorate it a bit so I decided to "pimp my snooze" with a bit of jacquard tape.
Last edited: Jul 31, 2020
Reactions: Robson Valley, Billy-o and Dogoak

The latter bit is a habit I share with you.
The system looks real good. I have gathered similar items and hope to make my own soon. The towel-thing is a great tip! Do you use it like a hood?

RonW said:
The latter bit is a habit I share with you.
The system looks real good. I have gathered similar items and hope to make my own soon. The towel-thing is a great tip! Do you use it like a hood?
Click to expand...

Yes, it's long enough to to go over the head and leave a "snorkel" that protrudes out of the bags so all the breathing is channelled and the cloth catches and absorbs the moisture.

I usually drop it into the front of my parka the next day to dry it out.
Last edited: Jul 31, 2020
Reactions: Billy-o

Your not going to get cold in that.

(What do the locals use BTW?)

I'm not sure what the local practice is now.

In the past it would have been a heated Kata of course.

The lowest temp I've used the old setup was around -30c and that was fine.

Time will tell but should be OK for Kittilä.
Reactions: bopdude

I'm looking at getting up North again in January, Abisko area this time, early planning stages, would love Jokkmokk market as well but we'll see

Good luck with that.

Britain is still being quarantined by Finland so I don't know how it is with Sweden or Norway.
Reactions: bopdude

Wayland said:
Good luck with that.

Britain is still being quarantined by Finland so I don't know how it is with Sweden or Norway.
Click to expand...

I reckon our trip is likely to be off until at least 2022 now.
You must log in or register to reply here.

V
Layering system which works for me....