I know the Finnish woods well so I have no trouble choosing fire wood. In the wild it is most often Scots pine, something else not so often.

What would be your chosen species in the UK or in the Continent, a lot more species to choose from than here.

At my cottage I think I burn birch mostly some pine and a scattering of others, I collect dying trees or ones from a thin out and have more than I can use.

Ash.
Beech.
Hawthorn.
Oak's good too.
Fruit woods, like apple and pear are excellent. Even twigs bound up into faggots burn well.

Pine's spattery stuff, but if it's what you have....
Reactions: Nice65

I remember but it was from another point of view, I think.

True, it was based on what wood smoked but my response (list of woods) remains the same
<
This is my own table of burning quality based on my own trials. I am well aware that it doesn't agree with some other views and published info and that may be down to seasoning etc. As I know your are aware, nearly all hardwood must be seasoned fully to get the best out of it - even Ash.

I have been burning seasoned Hawthorn and Hazel in the log burner recently and the heat output is exceptional.

I really like Hawthorne and Oak (old as possible) for the logs and nice bit of straight grained birch for kindling. I try and save any cherry wood for the summer bbq‘s.

All the pines/firs are a bit light and resiny, and so none are specially good for fires. That said, I seem to live at the border between pine forest and broadleaf forest and I've have had some pretty excellent times burning yellow pine. But the best I remember is old cherry.
T

Even interesting comments so far. I'll explain a bit, pine is here practically the only species that can be found dry enough in the forest to light a fire, sometimes the lower boughs of a Norway spruce but those are the cause for fireworks except the very small ones that just crackle.

All others have to be cut and dried if one wants to burns them in an open fire. Dry birch, rowan, aspen etc. just is not available. Dry birch can be found if the wood peckers have taken off the bark but that is quite rare.

Mostly firewood is stacked on it's side so that it's stable and that air can pass between to season/dry it out.
Pine though, if you stack pine on end (you need a tray or something like a clay base beneath it) as it grew, the resins and oils will drain down over time. Most of the volatile organics will evaporate, but enough remains that it makes the ground end sticky, but that sticky won't spatter the way trapped resin in the timber will. We only really used pine as quick kindling when I was little, and that's how we stacked it. It split easily with the hatchet into little splints and the sticky end took a match really quickly. I have no idea how practical it would be to stack all your firewood, if it's pine, like this.
T

That is quite interesting note. I dry all pine on its side and have no problem with spattering, its is spruce that does that. There must be differences in the resin content or distribution or some other like property.

I'll try stacking split pine on its end next summer and see what happens.

We didn't burn much pine, my Dad really didn't like us using it on the fire as fuel because it spat, so it wasn't a bother to do this with it. We kept it inside the coal shed and just split it up fine for kindling.
No idea how a big stack would work....I reckon if taken at the right/wrong time of year that it could be a right sticky mess though. We used the sticky ends to light the coal fire.
T

The only down side with pine here is the soot, it tends to black everything, I think that is because of the resin content.
Reactions: Toddy
P

There's lots of dead standing and windblown scots pine and spruce at our woods, much of it likely dating back to the 1987 storm so well seasoned !

I get through a lot of wood on the campfire at the woods, and masses more at home.

The scots pine I use at camp and it burns hot and fiercly, no spitting, but burns out quite fast with little in the way of embers. The spruce though, despite being similarly bone dry and seasoned, spits a lot, to the point where I tend to avoid using it.

For home use I prefer the beech, oak, birch and overstood hazel coppice, although I do mix in some scots pine but not much as it does tar up the chimney by all accounts.

Lucky to have the choices and opportunity to use different woods of course, although a lot of time and effort goes into it. My main point though was that as mentioned above, all softwoods aren't the same, and I too find scots pine to be quite decent, but not so with spruce, on an open fire at any rate !
Reactions: Toddy

So far, sycamore, ash and cherry have been great. I have some apple and pear seasoning. Willow is not so good! I've had some good experiences with pine but I worry about the tar in my flue. Pallet corner blocks are great. Useless for producing coals though.

Wildcamping I've found that pine and birch mix lasts quite well, even if the birch is a little damp, it doesn't burn very hot but it's good for boiling rice/kettle directly on the coals.

If you gather up the little branches, kindling sized stuff, and bind them together (and if outdoors you can add in other things, like mugwort, too) to make faggots. Use bark strips to bind them if you can. It's moist and flexible and it'll hold the faggot together long enough to be useful. It'll burn almost as well as a log if you do it firmly.

I mostly burn pine and birch, it's comes to me free from a very good friend. If I'm buying then it's end of life whisky barrels, solid oak and of course there's a lovely aroma
In the past I used to buy in bulk, generally pine, a whole log transporters load at a time, circa 25 ton, but the processing of course is very labour intensive. With the barrels it's so much easier, a chop saw set up on a bench and a barrow down by the side into which the cut staves drop, it's all so much easier. Burns hot and burns long and the stack beside the stove scents the room.
The extra bonus is that there's quite a few things I can make from staves or head boards.
Reactions: Billy-o, Toddy and Broch

Dogoak said:
I mostly burn pine and birch, it's comes to me free from a very good friend. If I'm buying then it's end of life whisky barrels, solid oak and of course there's a lovely aroma
In the past I used to buy in bulk, generally pine, a whole log transporters load at a time, circa 25 ton, but the processing of course is very labour intensive. With the barrels it's so much easier, a chop saw set up on a bench and a barrow down by the side into which the cut staves drop, it's all so much easier. Burns hot and burns long and the stack beside the stove scents the room.
The extra bonus is that there's quite a few things I can make from staves or head boards.
Click to expand...

Whisky barrel staves make truly excellent firebows I have two and they're sturdy enough I let folks use them when I'm demonstrating.

The shavings off them work really well in a smoker too.

'Whisky barrel staves make truly excellent firebows I have two and they're sturdy enough I let folks use them when I'm demonstrating.

The shavings off them work really well in a smoker too.

They do don't they, on both fronts
Reactions: Toddy

I work at a place that has lots of spruce and pine(plantation), but surrounding it is good deciduous hardwoods.
The softwoods (Douglas Fir, Sitka Spruce, Norwegian Spruce and Scots Pine) are all resinous and they produce quite acrid smoke, but once seasoned they burn hot and fast. I use a mix of softwoods and Beech brashings for starting fires. For maintaining and sustaining I normally use Ash, Beech and Hazel. They burn cleaner and with less smoke once seasoned and provide good coals for cooking and metal working.
Reactions: Toddy

The True North Strong and Free

The cedars are the best kindling.
Western Red Cedar. Easy to light, burns bright but a bit fast. Good for getting wet wood burning.
https://en.wikipedia.org/wiki/Thuja_plicata

Yellow Cedar. Would be a close second. It works as well as red cedar but yellow cedar has a pungent odour which some people develop a allergic reaction to.

Douglas Fir. Is a great fire wood and plentiful here on the we(s)t coast of Vancouver Island. 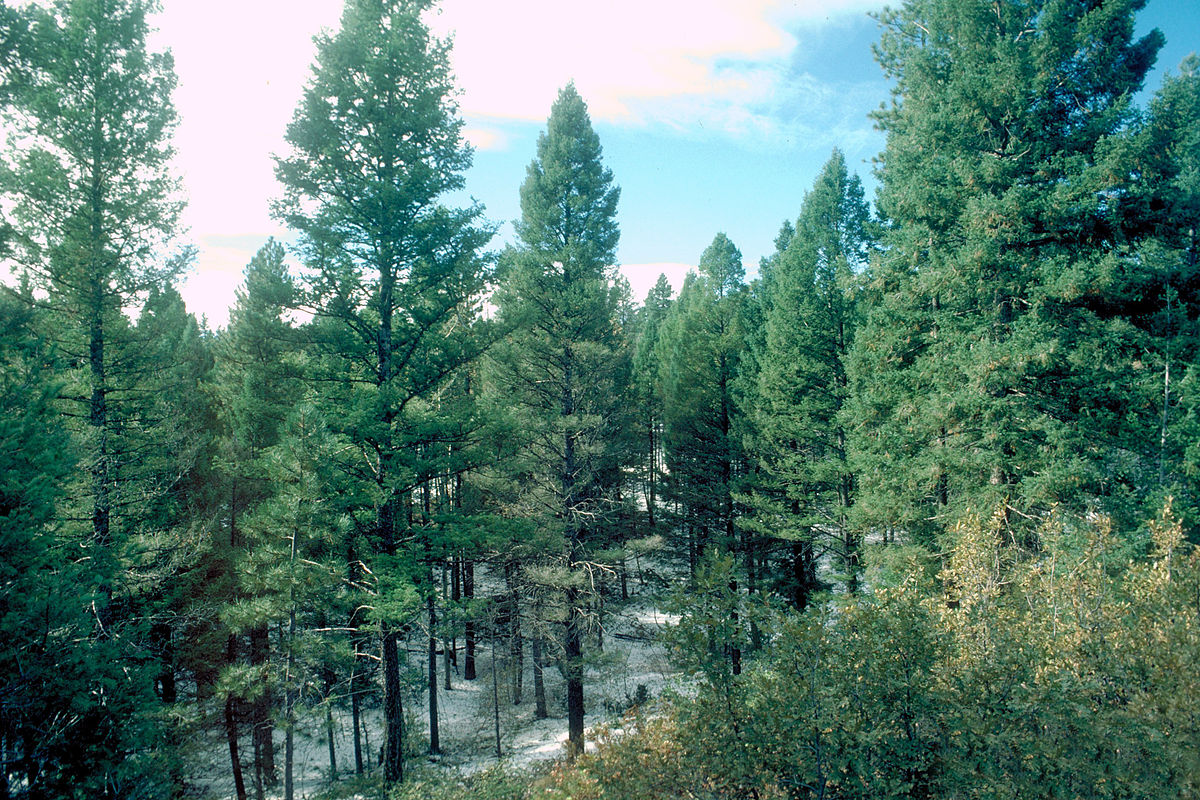 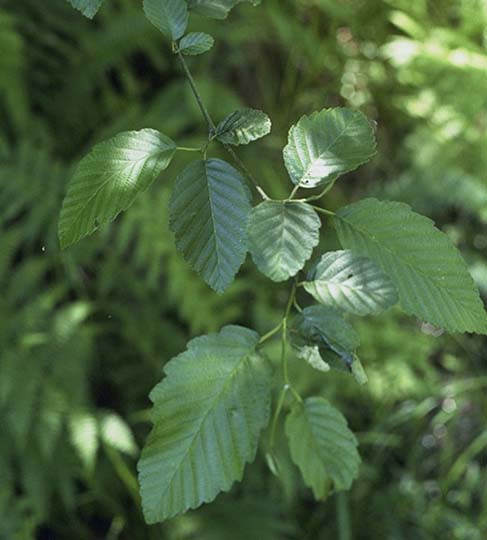 en.wikipedia.org
You must log in or register to reply here.