Day Out The Pilgrim's Wayfarers

The Pilgrim’s Way is a fiction.
It is not the route pilgrim’s would have taken to Beckett’s shrine in Canterbury. In reality it is an artificial walk plotted out in the 19th century making use of ancient tracks and ways, admittedly, but not the route pilgrims would have taken. The real route the pilgrims took is more or less the modern A2 - right on top of the North Downs following a ridgeway. The Pilgrim’s Way is an unnecessarily arduous route for true traffic and was devised when getting outside, having some fresh air, and exercise became fashionable. It goes up hill and down for no good reason other than to give you a good walk.
But it is a good walk.
And today I decided to walk a 7 mile stretch because I’ve not been out on it for some time and I just fancied it.

What occurred to me as I was out were the people we meet sharing the same space as us. We may all be doing different things but we share that same desire to get out and feel the wind on our skin. It’s just the details that differ. And I noticed that although we share much in common, and we could all share those things we don’t have in common, that we all nonetheless shy away.
Is it that solitude that we, ironically, share and covet?

The first fellow wayfarers I met on the Way were a pair of horse riders. They looked like they could be a mother and daughter. We met on a muddy path covered with trees, the orange light of the sun coming through the gaps of the arbor.
It would have been tight for us to pass so I found a grassy verge and stood aside so they could pass.

‘Does the mud continue?’ the mother asked.

It did look a bit slippy for the horses and I wondered how safe it had been for them.

‘Well, you’re more or less out of it,’ I told them. ‘This bit only goes on for another 20 yards or so and then you’re out in the sun and the path is all gravel and no mud. You’re as good as out of it.’

One of the horses broke wind and I tried not to say anything or make a quip. More tea, vicar, etc.

‘Lovely day for a ride,’ I said, moving the conversation on. ‘I haven’t ridden a horse for years and would love to give it a go again.’

‘Well, you two have a lovely afternoon. Take care.’

And on they slipped.

At the junction of two trackways I found a bench surrounded by a fence with steps leading to it. This was my turnaround point and where I had planned to stop for some lunch. I’d got there earlier than I thought but I decided I’d rest there anyway and just have an early lunch.
I made the whole bench my own and spread out.
I was looking south and straight into the warming sun and it’s Autumn light. Then I saw another walker coming along. A woman. On her own. No, not on her own, she had a dog with her. Obviously someone from the village below, taking her dog for a walk.
She hovered about the junction of the two trackways for a second or two. Then started throwing a ball with one of those ball thrower things for her dog, who would launch through the mud and bring the ball back. Then she threw it downhill for him to fetch. And she alternated between the two directions, flinging the ball for her dog.
I wondered how long she would do that for. Wondered who would break first - me or her - uncomfortable with another’s presence in our quiet place.
It was me.
I figured she regularly did this and it was her space as much as mine.

‘Sorry if we disturbed your peace,’ she said.

‘Not at all,’ I lied, ‘I was just taking a sandwich and cup of tea break’. Well, that bit was true enough.

‘This tires him out,’ she explained.

‘Yes. He looks an energetic fellow,’ I agreed.

Before the dog walker had come along I’d seen another walker passing by on the trackway below me. We avoided eye contact. He passed by, on the way I would be going later. I was glad he’d gone by now because it meant that by the time I came to walk that way I wouldn’t bump into him later if he took a rest in a spot that I fancied. I would give him enough time to have a break, wherever he might be, have a spot of lunch, and then move on before I passed.
But I did see him again when I left the woman with her dog. Barely a hundred yards later there he was, walking towards me. He’d obviously done his circuit and now he was on his way home.
Maybe it’s a chap’s thing, because we parted without saying a word, though we probably had more in common with each other than anyone else we would pass by out on the Pilgrim’s Way - middle-aged males with packs of our backs, alone, and out for a walk. Just a nod and a small smile, and away we went. That would have to suffice.

And so we pass. All these restless souls seeking peace and gentle slumber. Maybe all we want is to feel the breeze on our faces, open trackways, the chance to philosophise. What we are looking for is that frisson of connection - either with the world around us or those stolen moments with passing wayfarers. Perhaps it is the ghosts we hope to see; our time outside is a seance to communicate with all those voices we hear as we walk. We pass as phantoms though each of us a living, breathing, corporeal entity, into our several worlds. 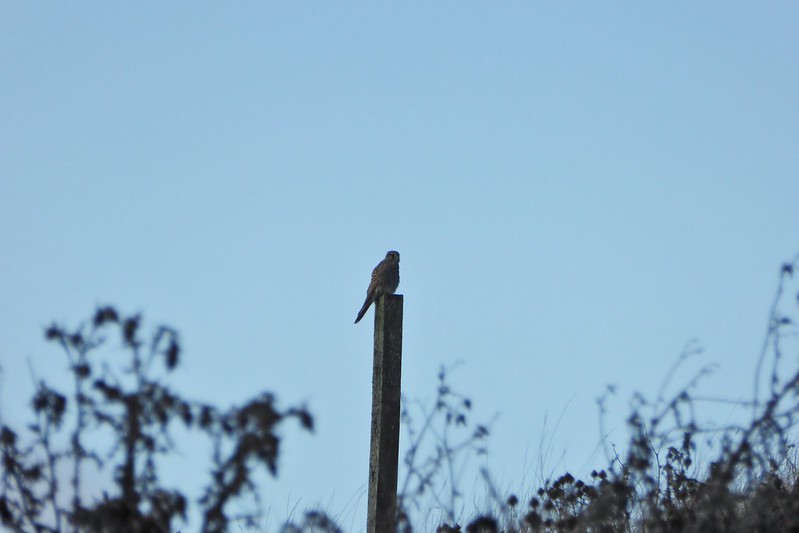 A very philosophical read. Beautifully written. It's certainly true for me when you write about passing people with nothing more than a nod or a faint smile.

I like to go for a wander. For the majority of the time I have no fixed destination in mind other than knowing it will be a circular route. I measure time not distance, so I will think 'I've only got a few hours, better get out there'. I may or may not go with the aim of practising something. But the one certainty is that I just want to get outside.

) I like my own peace. I'm happy by myself, inside my own head. There's so much noise in the world nowadays that it's very hard to find peace, a chance to just well... think. Being outside is the best way for me to think, at my own pace and without distraction. I'll pass many a person on my wanderings and for me, a nod or a smile is enough. I don't want to engage in conversation I want to be alone, to enjoy the world by myself.

Sent from my SM-G903F using Tapatalk
You must log in or register to reply here.

S
Day Out On the water