Questions about the Savotta Border Patrol

I own a Savotta Jakari L that is 2.6Kg and 60L (with a side pocket)
I'm trying to reduce the weight of my kit, but without compromising the aesthetics (Yeah... Instagram... Link in my profile if you're curious).

So I'm considering buying the Savotta Border Patrol, that is 2Kg, same volume (with the nice addition of metal buckles instead of sh*tty plastic). 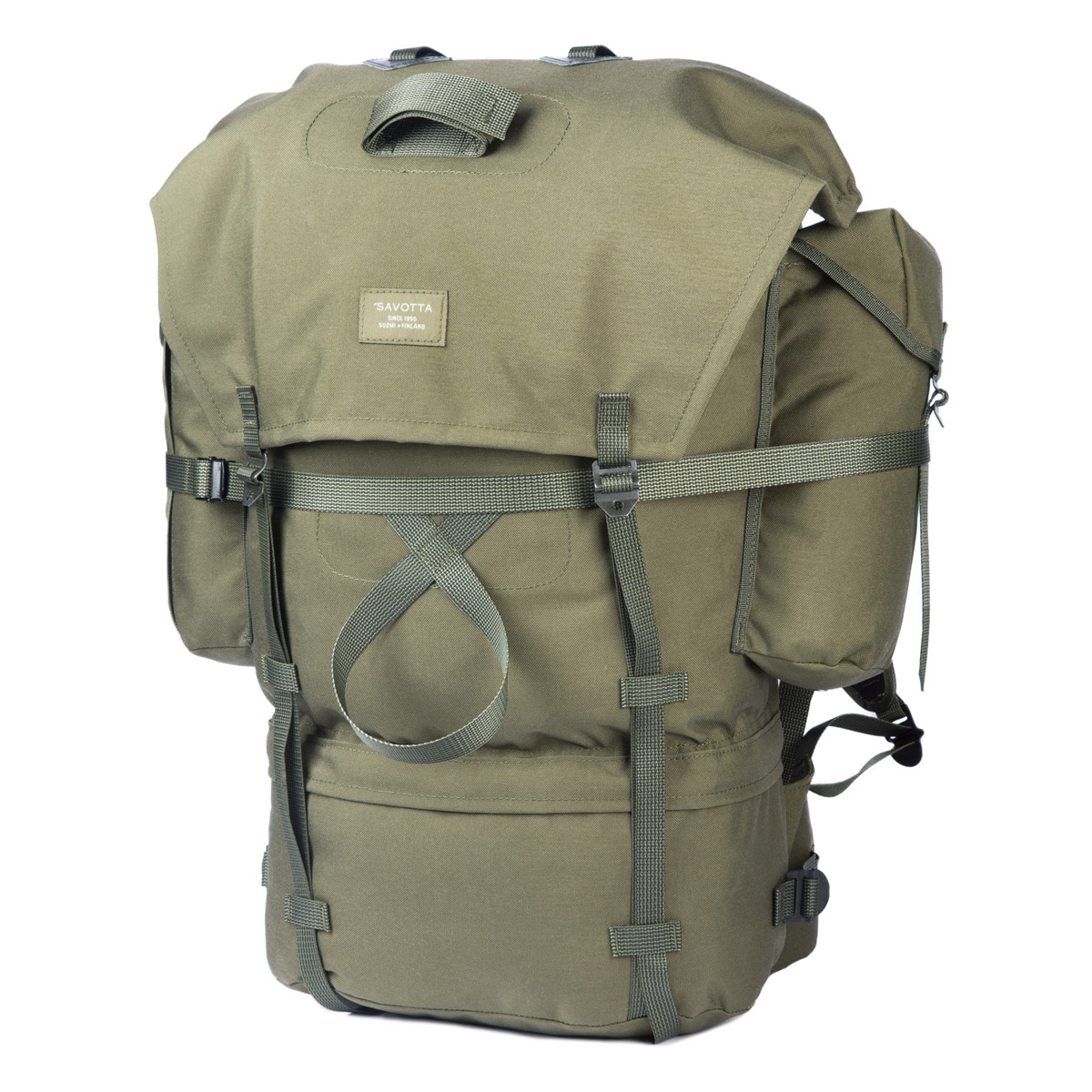 The Savotta Border Patrol 60 litre Backpack is a traditionally designed rucksack and an excellent choice for shorter camping trips, hikes and treks and was originally designed for the Finnish Border Guard.

But I have some questions...

- I am 1m87 tall. I wonder if the hip belt will land on my hipbones. If not, the pack may be not very confortable. How to figure if the pack is right for my size ?
- I use to carry my keith titanium bottle (1QT USGI Canteen) on a side pocket (in a knit cap for insulation). I'm not sure of the bottle will fit in the side pockets of this backpack (with the insulation layer). Do you think it will fit ?
- Do you own this backpack ? If yes, since when ? What do you think of it ?
- Do you know any 60L that is nice (in a "nostalgic" way) , practical and lightweight that could suit me ?

As far as I see the Savotta Jääkäri L is the best construction though.

If your equipment is too heavy you probably should rather try to save weight at the content.

If you need help with that, I could give you perhaps a few good tips.
Reactions: Urdasein

I have a Savotta Border Patrol pack and have used it recently for my walks along the Cape Wrath Trail and the Skye Trail.

I am a similar height to you and have found that the hipbelt rests pretty well on my hips. Generally, though, I tend to wear the pack relatively high but, either way, I haven't experienced any problems with transferring the load from my shoulders to hips.

I use the Nalgene version of the U.S. canteen and carry two, one in each pocket, without any problems. I couldn't say whether your Keith canteen will fit as easily, especially when wrapped in your woolly hat.

I really like the pack. On both the longer walks that I mentioned, it performed well - being both comfortable and compact. The construction and materials used in it are excellent, far better than nearly any other pack I've used or owned. There are one or two little things that I did do, though: I cut off the slightly weird loops on the front of the pack, as I tend not to carry an assault rifle when backpacking in the U.K.! The other thing that I am not sure about is the single 'compression strap' that goes around the middle of the pack: I'm not convinced that it works very successfully when you compare it with the usual set-up on other packs where you have two, sometimes three, on each side.

Like you, I like the metal buckles and the 'heritage' feel and look of the pack. Its simplicity - not having an adjustable back, a simple frame and cleverly supportive shoulder straps and hip belt - are also quietly reassuring. The fact that it works well and is incredibly strong definitely makes it worth considering.

I have, however, recently bought a Jaakari XL for the kind of trips that I most enjoy doing - multiday backpacking ones to the wilds with not much chance of resupply - and initial experience of that is entirely favourable.

Alternatives? I don't really know of any for a 60 litre pack. If I were you, I'd go for it: you won't regret it!

I hope that this helps.

Sorry, I forgot one, because it is a pretty seldom offered one.

I guess it's a bit heavy though. 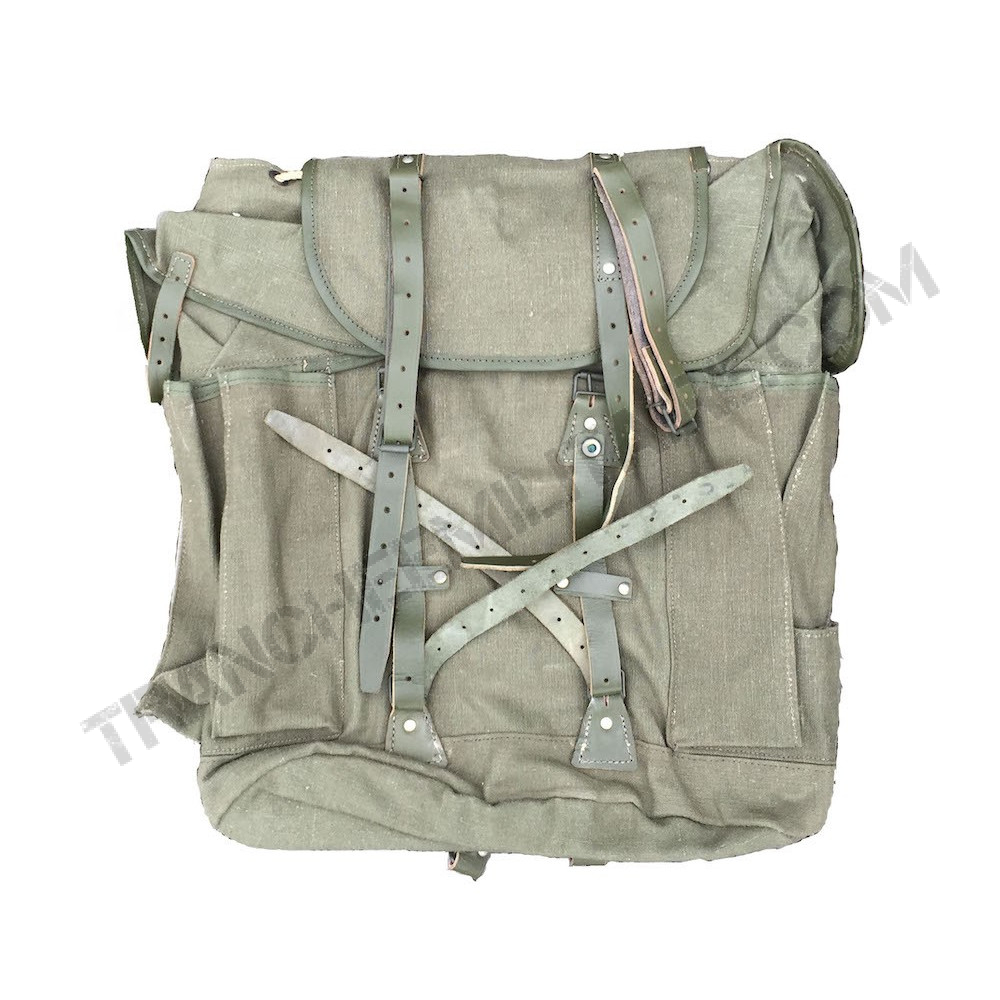 The German seller in the link above, Räer in Hildesheim, offers a lot of such old stuff too, by the way.
You must log in or register to reply here.

Clothing & Footwear Thursday at 9:07 AM
C_Claycomb