Remember, buckwheat isn't wheat at all. The tonnage in the annual global harvest is serious business.
I use 20% by weight in my pancakes.
Spelt is a species (Group II) of wheat. Millet is just a gigantic grass.

Janne said:
Not in Europe. Wheat. Rye, and in the old days, Buckwheat, Spelt and Millet
(Europe is in the Western Hemisphere...)

And oat and barley!
Reactions: Janne

Mix all dry ingredients then add wet ingredients and mix again. Place in a well greased pre heated cast iron skillet or muffin pan and place into a 425 fare height oven for 25 to 35 minutes.

Use as bread to eat alone or sop up gravy and/or vegetable pot liquor. May also be crumbled into a glass of cold milk for a night time snack.

1) Instead of pouring batter into a pan to bake, pout it into flay cakes (like pancakes) onto a hot griddle (this version is known as “Johnny cakes” or “hoe cakes”)

3) Add some combination of jalapeños, corn kernels, diced bell peppers to the batter before coking (this version is known as Mexican cornbread)

NEVER under any circumstances should cornbread be sweet.
Click to expand...

Thanks for the recipe! Is it meant to say "1 cup cornmeal"?

On an other forum, the Americans finally, after a lengthy and heated discussion, settled on there being a South/North (I think) division between non-sweet bread-like cornbread and sweet cake-like cornbread. The rest of us just sat back in stunned amusement and enjoyed the show/tried to keep up.
Reactions: Janne and santaman2000

SaraR said:
Thanks for the recipe! Is it meant to say "1 cup cornmeal"?

On an other forum, the Americans finally, after a lengthy and heated discussion, settled on there being a South/North (I think) division between non-sweet bread-like cornbread and sweet cake-like cornbread. The rest of us just sat back in stunned amusement and enjoyed the show/tried to keep up.
Click to expand...

Yes. It’s supposed to be cornmeal. Thanks for the comments.

santaman2000 said:
Growing up it was common for us to have some form of corn (cornbread, grits, cooked corn, etc) at almost every meal. It was literally the single most important crop in the Western Hemisphere.
Click to expand...

Eh ? not in Europe it wasn't. Oats, barley, rye and in the warmer drier bits, wheat.
Lots of other indigenous grains used here in the past too, from wood millet to pendulous rush and dockens....who needs chai and quinoa ?

I admit that a bit like Janne and his rye, here in Scotland, it's oats and barley. I've just made skirlie for my lunch...that's this stuff (copied from localish butcher's site) 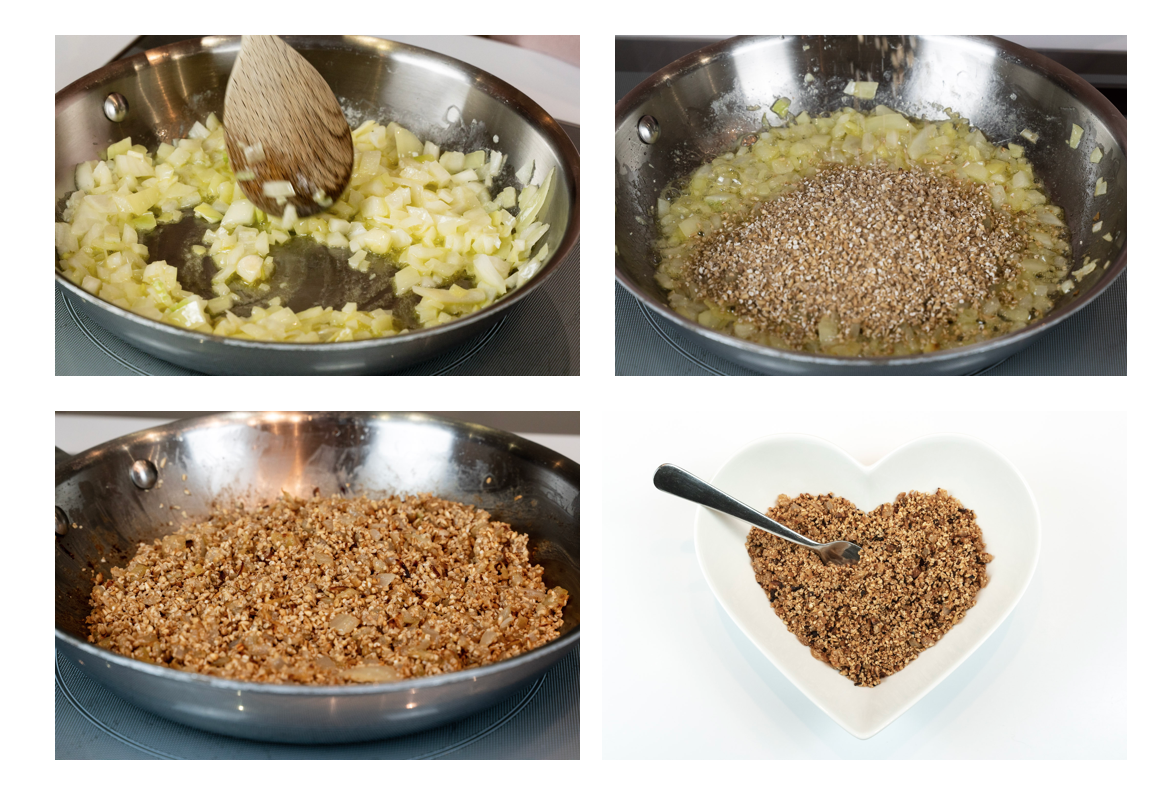 Rye isn't common in Scotland, but beremeal bannocks were a staple for thousands of years, and oatcakes (both the Scottish crisp ones and the Northern English barm ones) are still commonplace.

I reckon the American 'grits' are just skirlie made with cornmeal instead.

Re Oats. In some countries ( in central Europe) Oats was not eaten by humans but only given to animals.
Porridge was made using Millet, Spelt, or Wheat.
Dad ( born -32) only started eating Oat porridge in his 60ies, as it lowers cholesterol.
I remember how he hated it in the beginning.
Mum, on the other hand, was brought up on the Birker müsli.

Maize ( corn) is not used much in Scandinavia in feeding animals. Hay, ensilage.
Last summer, Sweden specially had an incredibly dry year. Very little grass could be cut, so no animal food for the winter.
Farmers had to slaughter a lot of their animals.
Reactions: santaman2000

Oats are expensive food in much of Europe apparently

well the stuff for humans is. Son1's GF stashes bags of oats into her luggage to take home to her mum in Italy when she goes to visit. There what we think of the breakfast staple is sold in delicatessens
In the UK and Ireland they're ubiquitous. Every supermarket has it's own brands as well as the big named ones.

There's another food we don't hear of much now, but still enjoyed. Peasemeal. Himself likes it but there's only one mill in Scotland making it now. I just make it at home for him.
Very, very nutritious and both peasemeal and brose, and carlins (fried peas) were very much staple foods in N. Europe. Grown from field beans that cropped well here, and added nitrogen to the soils too where they grew.
If you want to try it, then buy the split yellow peas for Chana Dahl. Roast the peas, let them cool and then grind in a mill or coffee grinder.

Oats are a ‘cold weather’ crop. Does well on marginal soils.

Peas and lentils were the staple before the Columbian exchange.
I have been fed dosens of oldfashioned dishes.
Two I still do, ‘sweet and sour lentils’
Nice with frankfurters and pickled cucumber and brown fried chopped onions.
Plus the classic Swedish Pea Soup!
J

I wonder if Corn Bread is not a version of Focaccia?
Parallel development maybe.

I enjoy baking bread. I am yet to do a 100% satisfactory bread containing no wheat.
It seems a 25% high gluten flour is needed to give it a good mouth feel.
J

We enjoy various fish roes. For that we like home made blinis.
Here it is easy to find buckwheat flour.
In Norway though, it does not exist, not in our area anyway.

I make rowan and apple jelly that's as tasty as marmalade, and doesn't need imported fruits to make. The Japonica quince makes another tasty type bite of that kind too, and it grows well in the colder north.

I agree, gluten free bread leaves a lot to be desired. I manage without wheat for the most part, but the bread's awful. I'm occasionally bad and buy myself some Scottish rolls just to get that chewy factor to enjoy.

Buckwheat seems to be fairly widespread in the more eastern areas of Europe, but I was in my twenties before I even heard of it let alone found some in a shop. It's still not common or popular here.
Millet is budgie food, though it's a staple crop in Africa they say. Sorghum too.

I like brown lentils, made as the Italians do, with a mirepoix and bay leaf seasoning base.

Buckwheat is still a staple in Russia.
It gives a somewhat bitter tasting ( for tastebuds that have not been Vodka seasoned) product.
Blinis need to me made quite small, maximum ‘two bite ‘ size, as the pancake/ flatgread does not bend or foll, it breaks.

Today, with the international trade, weare blessed with a nice choice.
Did not the Roman army ‘walk on’ Millet porridge and Wheat bread?

Millet is another Russian staple. I have seen Millet fields in Italy.
I think it is Sorghum that is big in Africa. Plus Maize today, for the preparation of pap, or porridge.

I know the Romans invaded Britain mostly to get hold of the wheat crops that were helping to feed the Gauls. They had already mostly exhausted their Sardinian fields (soil's still impoverished today) and southern Britain was rich farmland.
Grasses are C3 plants (carbon analysis of bones and teeth) and sorghum and millet are C4's.....the evidence we have so far seems to indicate that millet was looked down upon by those who could afford better fayre and that it was the slaves and the poor who subsisted on millet porridge.

I wonder why the comparably tasteless wheat was so popular?

In Scandinavia, the soils and climate favours rye, oats and barley, wheat was then only reserved for festive, sweet ( sugar was expensive too) white breads.
When Sweden got rich, post WW2, the population suddenly had the means to eat white, sweet wheat bread every day.

More adaptable in cooking I suspect. The gluten is superb for bread and bannock making, and the lighter ones are excellent for pastries, cakes and biscuits. None of the other flours do all of those well.
Also, crop development plays a huge part in it. Old British wheatfields had tall stalks, (they harvested it by pushing a toothed edge cart through the field and the ripe heads fell off and were caught in the cart bed) that takes more energy and time to grow, modern wheat is short stalk, and lacks the fragile joint that lets the heads fall off so easily. It's also more endosperm rich too. Now there's Winter wheat as well. So, more easily grown, better harvests and richer too.

Wheat species are well known for their drought tolerance. Most forgiving for erratic weather.
Group II and Group III wheats have big yields on top of strong (wind-thrown) stems.
Quinoa is likely the single grain of comparable nutritional value.
AND, unlike all the others, Group III bread wheats have the easiest threshing properties, bar none.
Even Group II Durum (pasta wheat) is a real booger to thresh.
I know that because my family used to cultivate square miles of both on the Regina plains.

Not a lot of drought here (looking at the rain outside the window), but enough damp that moulds and fungus thrive on grain crops some summers.

What was called corn was often a mix of grains all sown together in the hope that despite the weather something would survive and give a crop....that's why the oats and barley here, and the rye on the continent, became staples.

Wonder if Ergot is still a problem today?

Historically, Barley was the main crop in Scandinavia, followed by rye.
Wheat these days.

Rye is still important, as we like rye knäckebröd

I don't hear much about ergot any more. I think that grain-cleaning techniques do a very good job
of sifting out the ergot sclerotia (fruiting bodies).
Grains other than wheat usually have some processing difficulties or cultivation risks.

At the very least, breeding has made so many varieties that you can elect the seed and species to plant for a purposeful market.
Here in this day and time, there's an emerging market for wheat for home-based electric milling machinery!
So make your own cereal and know, precisely, what all is in it.

"Corn" is an old word for the size of the particles involved.
Thus, you can guess the grain sizes of salt used in "corned beef."
J

Korn in Swedish, both a physical measure and the biological seed.
Same origin.
Also a specific seed, called Barley in english.
Swedish language is somewhat poorer than most in its vocabulary!
You must log in or register to reply here.
Share:
Facebook Twitter Reddit Pinterest Tumblr WhatsApp Email Link
Top Bottom