I saw something on bushcraft uk a while ago that inspired me to sit down for a few minutes and make a few tree hooks, I think I’d seen them with a belt holding them in place but I figured that a piece of paracord would be easiest, this is the result. 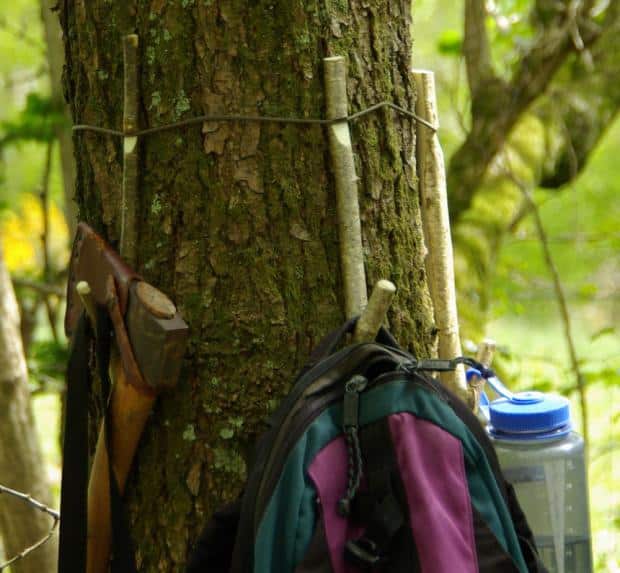 First it’s a case of finding the right branches, luckily I was in a woodland with free reign over what we cut and as we were setting up a base camp the rest of the wood was well used on other projects. So I snipped off the pieces I wanted, some thicker bits for strength, although nothing bigger than about 18mm for the vertical length fixed to the tree, some were considerably smaller and worked very well which demonstrated that nearly any sized wood could work well, you just have to be more considerate by placing items on it to hang rather than dropping stuff onto the hook part. 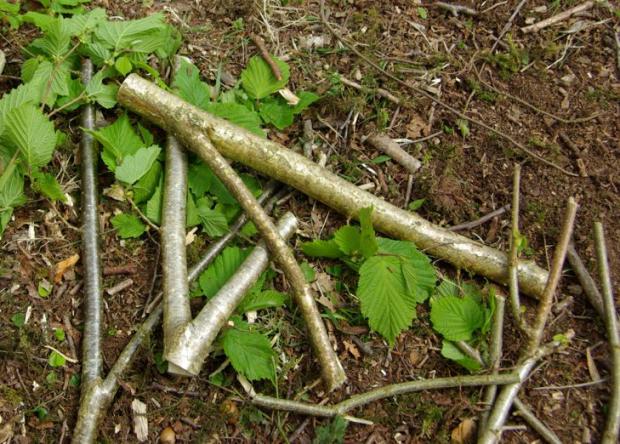 With my Fiskars X3 I trimmed the pieces to the length I wanted them to be and then the length of the hook. With my knife I cut a notch into the main shaft near the top which allows it to hang securely on the paracord loop that goes aroundthe tree. I took some off of the back with my knife just so that it would be more flush against the tree, I can’t imagine this being absolutely necessary though.
Then I tidied the end of the hook part so that nothing would catch on it and that’s the hook completed.

Then I made a loose loop of paracord to go around the chosen tree, I just wrapped it around, pulled it a bit so I had a couple of inches slack and then tied it off,
It was made easier because the bark was quite rough so it didn’t slip down at all. Then I slid the hooks up under the loop, I put 4 in place but it could have been more and of any size, they kept themselves in place with the hook while I went around the back of the tree and slid in the tensioning stick (I’d selected
earlier from my offcuts) into the loop and started to turn, twisting the paracord as I went, a few turns later and everything was snug, with the hooks pulled tight into the tree. 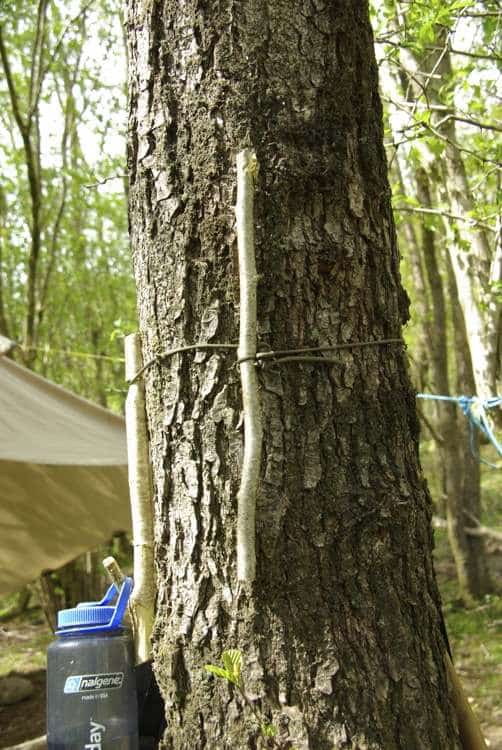 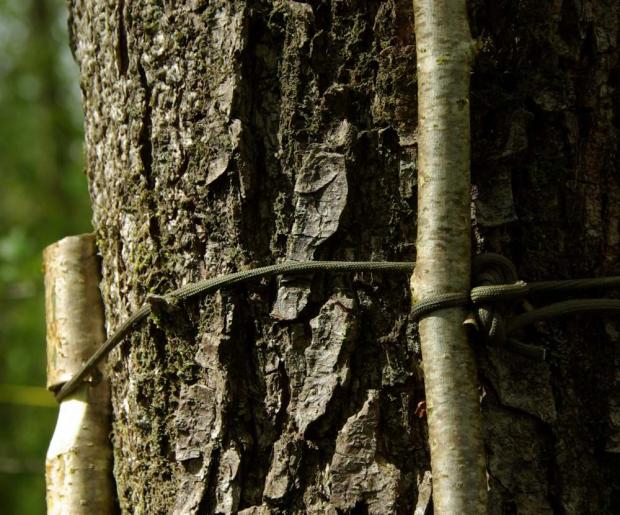 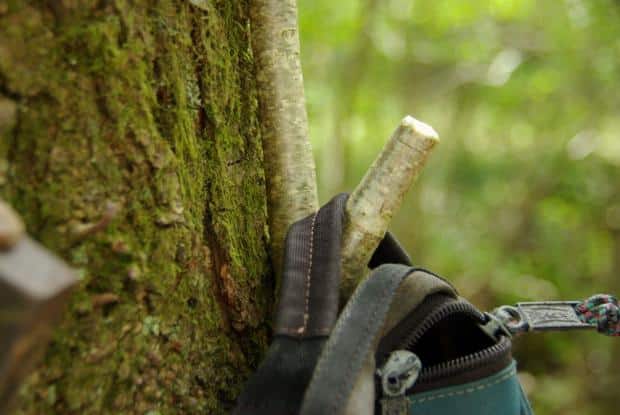 For something that’s really useful this didn’t take long at all to make and it really is a “leave no trace” item as you can take it apart, reuse the parts and no one will ever know that you’ve had half a ton of stuff hanging on the tree. 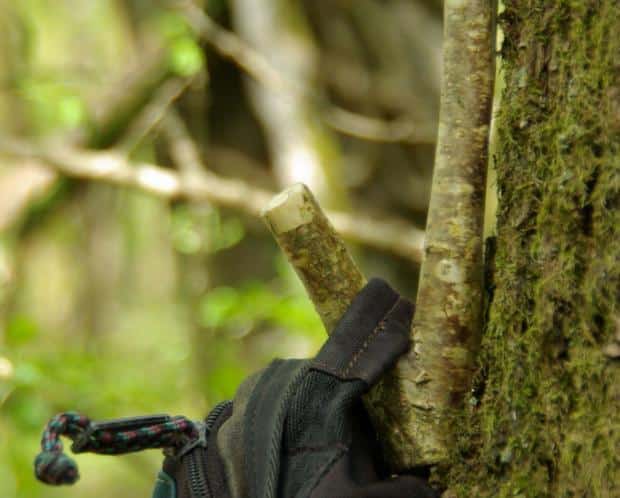 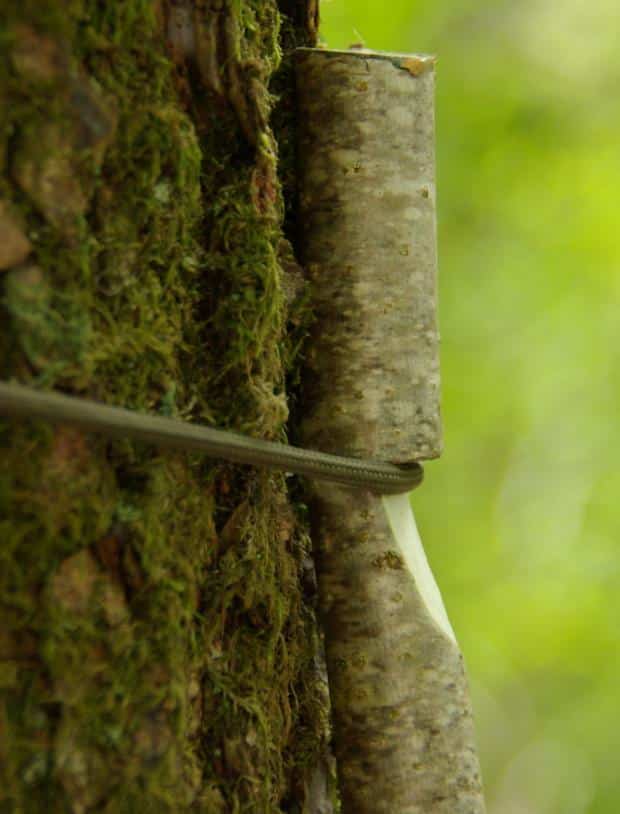 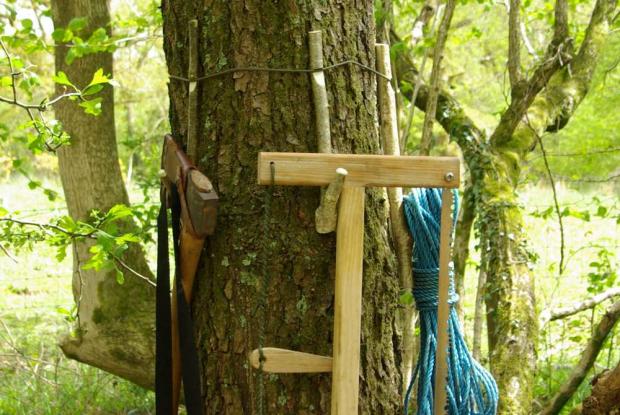 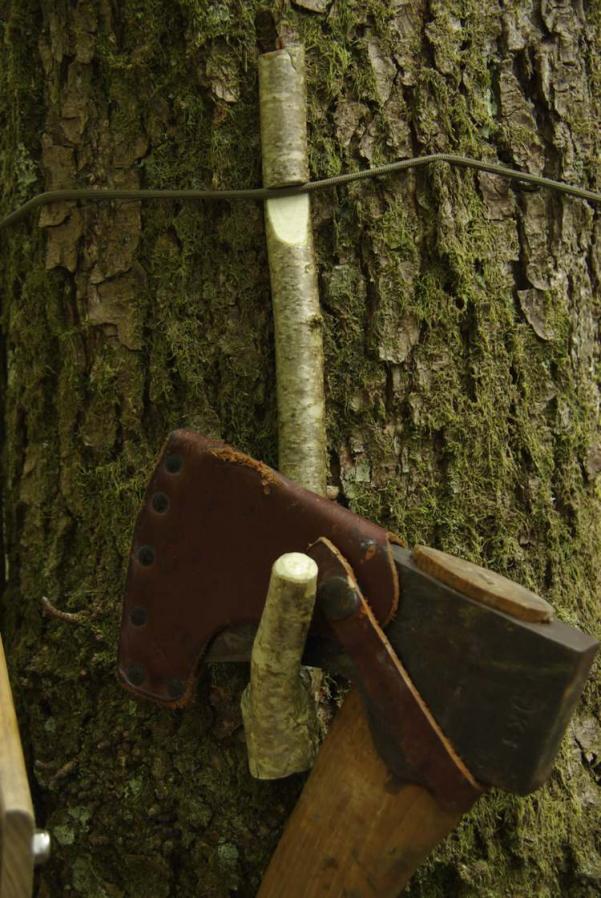