Day Out The Saxon Shore Way

I decided I needed to get out and feel the bones beneath my skin, and the weather be damned.

So I went for a walk on Sunday along a stretch of the Saxon Shore Way – I started at Oare (near Faversham) and would be walking to the Sheppey crossing. So about 10 miles in total.

The morning started cold and crisp but with the promise of clear blue skies as the morning progressed. The promise proved correct. To start with, though, the sky was a dramatic molten brass with the sun shouting through the clouds. There was still some mist that clung to the shore but that steadily burnt away. Fortunately there was no breeze and that was keeping the temperature at bay – there’s nothing but a few hundred miles of the North Sea between the north Kent coast and Norway and the wind can barrel over it and bring a sharp edge. There was no wind on Sunday and that, coupled with a good walk, meant I soon warmed up. 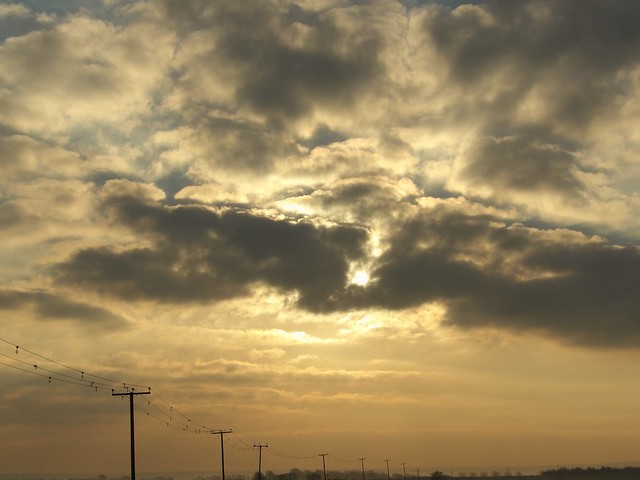 Out in the Swale estuary there is a mud bank and along it a pod of seals had beached themselves and were flopping about. They can often be found there and on a couple of occasions I have seen a solitary seal carving through the surf of the river. Nudging in the mud with them were the squeaking and peeping red shank and stints, plus a hyperactive sandpiper, a lugubrious oystercatcher and the ever-present lapwings who oar their way through the air. 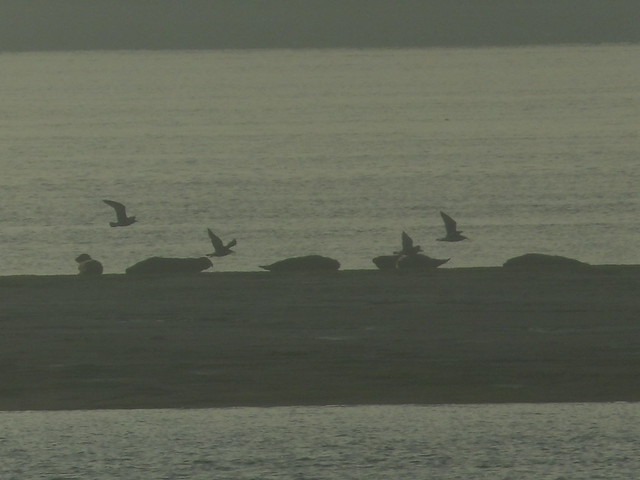 What’s so enjoyable about this part of the Saxon Shore Way is that it’s still a commercial waterway. Heavy freight still goes up and down on its way to Sheerness. I rather like that mixture of industrialisation and nature that you can find on both shores. It’s a living environment in every way. It’s a stretch of water that has seen much use – by modern shipping and Viking visitors who would Winter on the island. These sea paths have been navigated for thousands of years and have carried ships, boats, people, objects, language, letters, folk tales, shanties, poems, rumour, slang, jokes, and ideas. And still carry many fossils in the London clay that make its muddy banks. 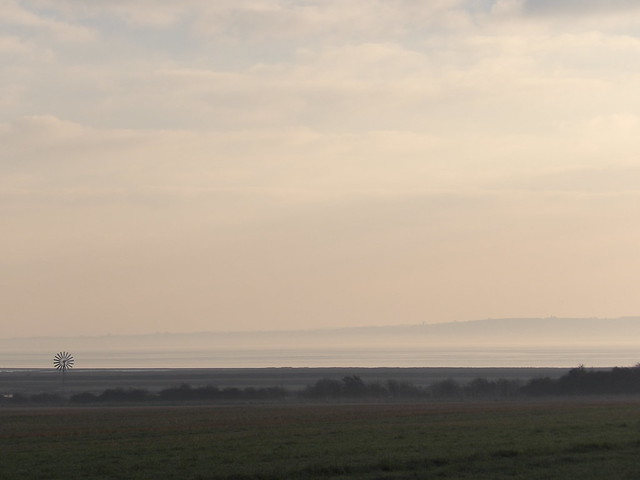 I was walking along the edge of a field and saw a little head pop up.

My first thought was, ‘a fox!’, because all I saw was a little ginger head with a white chin and neck peering over the grass.

Then I thought it looked a little small for a fox.

I started hoping it may be a weasel. But in my heart I knew it was too big for a weasel (even though I’d seen weasels in that area before). So I did wonder if it may still be a fox.

Then it stood up and I saw it was a cat. A very friendly cat at that, who came and twirled around my legs and wanted nothing more than a good scratch under the chin. There was a farm house half a kilometre to my right and another half a kilometre to my left. One of those was, technically, home, but you could see that his true fiefdom was the fields. Suddenly something took his notice and my strokes weren’t enough – head darting out through the poplars to whatever he’d seen in the field, and then down and stalking to the edges. I left him to the hunt. 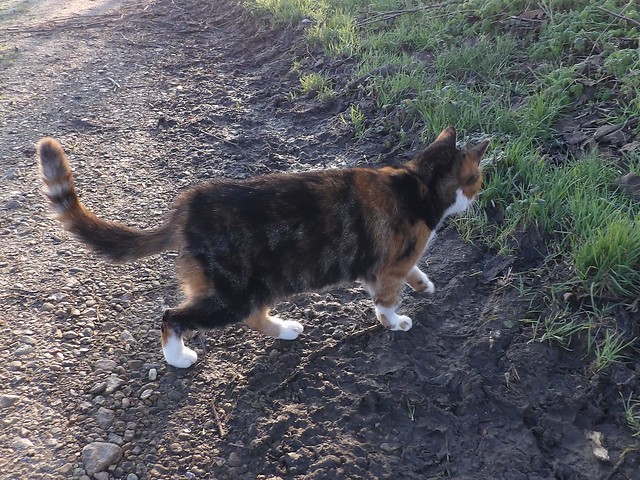 Over the far side of the field was a flock of about a hundred or so greylag geese. A rather ambitious stalk for a little pussy cat. Then came the double report of a farmer’s shotgun across an adjacent field, bagging one of the many partridges for the day’s dinner pot. This sent the geese lurching into the air and the whole squadron flew over me making a squeaky noise as they flapped barely higher than the trees. It sounded like they needed oiling. The cat had gone.

I reached my journey’s end under the shadow of three bridges. There’s the modern flyover that opened in 2006. There’s also the Kingsferry lifting bridge that served cars, trains, pedestrians, and cyclists for many years (and still does). But there’s also the remains of the nineteenth century bridge, the stub of which can still be explored on the Sheppey side. This is the core of the river and land that is so vital to estuary life, the knotted mass that makes up the chewed earth and the churning sea, the noise, the cold wind, the rain and snow, the grass, the muddy earth, the engines, the equalising sunlight – what makes up the landscape that we touch and see.

Where I could sit down and have a quick brew up whilst I waited for my lift home and a Sunday roast. 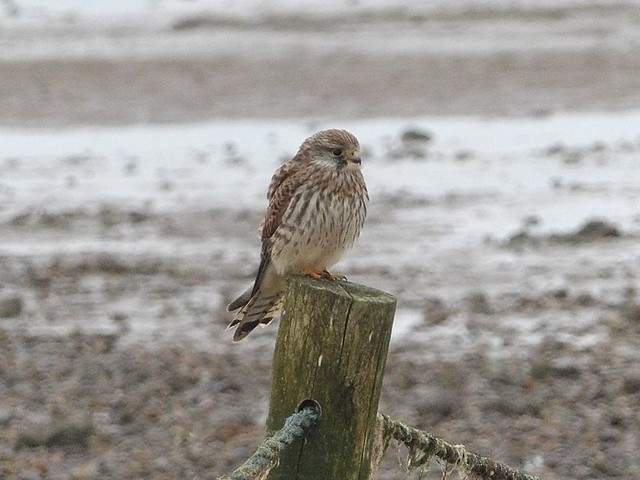 Reactions: norfolknun, Janne, Macaroon and 3 others
B

Nice write up and some lovely photos. Great to see the wildlife around that area. I've explored Elmley reserve and around Harty Ferry (opposite oare) and its amazing how many birds of prey you can see around their.

Do you think there's any options to bivvy along that part of the Saxon Shore Way?

A very enjoyable and evocative read. Also a part of the UK I know well.

Excellent write up, a windswept and beautiful place. A few years ago I was anchored just along from Harty just before the Reserve area. Hiding from a hard North-Easterly and the Grey Seals decided to use my anchor chain as a back scratcher! Initially quite alarming until I looked over the bow and saw what was going on..

What a lovely write up, thank you.
You must log in or register to reply here.

W
Perception, how do we look?