To say I own and have owned a lot of good quality knives I’m a little embarrassed to say I’ve never really been any good at freehand sharpening.

A good while back I bought a spyderco sharpmaker (that came with a VHS as I recall) and that has really handled putting a workable edge on my spydercos, kitchen knives and the occasional fixed blade.

A while ago I picked up some cheap bench stones (which I should probably improve on) and got the hang of sharpening and stropping a Mora. Obviously, the scandi grind makes this a much more transparent process (at least following Ray Mears vids it seemed to work well). I’ve been putting off freehand sharpening stuff other than scandi with benchstones, mostly as the knives i have left are a bit pricey or a bit thin; my assumption on thinness that it’ll maybe skew technique or be a little more tricky to find the correct angle for the edge.

With the above in mind I thought it made sense to pick up something akin to a Mora but in a flat grind (and maybe a sabre grind) to try and sharpen. Ideally in a steel which is very easy to sharpen, with no real expectation of edge retention.

I’d thought of a cheap kitchen knife but if I’ve found those quite hard to sharpen in the past. As such, if anyone has a suggestion for a cheap mora-price bracket knife it would be appreciated. 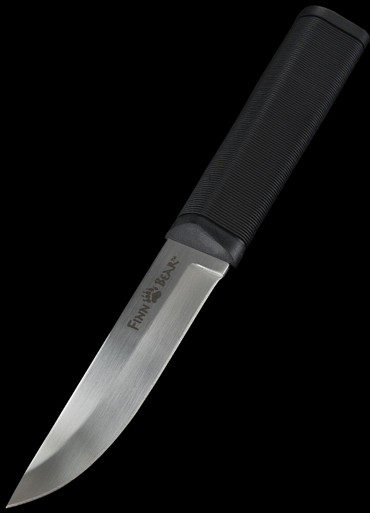 Reflecting the best of its Finnish heritage, the Cold Steel Finn Bear is ideal for use in the great outdoors, and makes an efficient utility knife as well! Its sub-zero quenched German 4116 Stainless blade is hollow ground and given an RC of 56-57 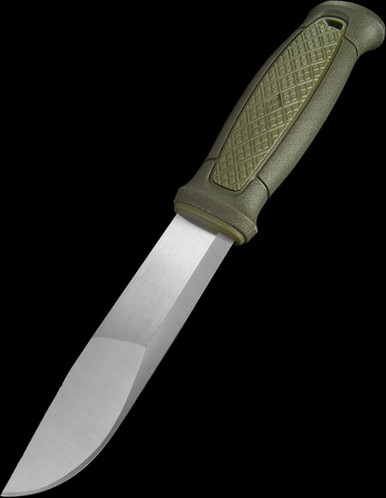 Morakniv Kansbol is the ultimate all-round knife. While in the woods, on a hike, hunting or at sea, it’s the perfect partner. The knife is designed and made in Mora, Sweden, where Mora specially treat the Swedish stainless steel to enhance strength 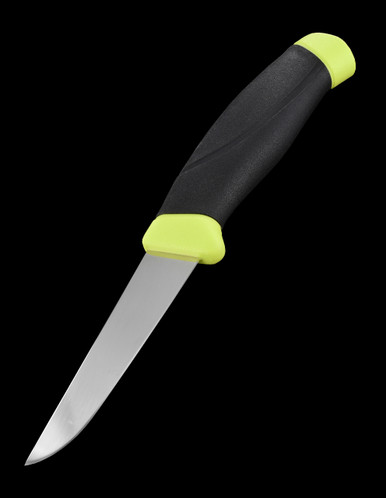 The Mora Companion Fishing Fillet 090 is a short fillet knife with a blade made of cold-rolled Swedish, stainless steel. The combination of the blade and the rubber handle makes this an optimal knife for fishing

The Ace is SOG's most accessible and affordable knife. With a black sheath and a grippy textured rubber handle, this is the knife you can grab and know you'll be prepared.

If you can do a sabre you can do a flat, and vice versa, no need for both. I suppose you could also just put a secondary bevel on your Mora, and call it a really short sabre.
Reactions: nigelp and minds_eye
M

thanks Chris. Didn’t realise there was a flat ground mora. Providing it ain’t too flexible I’ll grab one.
C

minds_eye said:
thanks Chris. Didn’t realise there was a flat ground mora. Providing it ain’t too flexible I’ll grab one.
Click to expand...

Its pretty thin and designed to Fillet fish

too thin for anything but the kitchen

I'd go for the secondary bevel option on a standard Mora

Do you already own an Opinel No8 Carbone?
It's a bit convex but easy to sharpen too and it's a cool little pocket knife, made in France but very cheap.

My ten years old nephew needed 5 minutes to learn how to sharpen it with a shaving result. And we used the cheapest sharpening stone I could find in a usual hardware shop.

Corso said:
Its pretty thin and designed to Fillet fish

too thin for anything but the kitchen

I'd go for the secondary bevel option on a standard Mora
Click to expand...

Yeah, I was reaching a little there. I have a similar fillet knife, slightly different, and it is good and takes a great edge. Not necessarily my first choice for learning to sharpen on, simply because the flex is likely to influence how it feels on the stone.

Thinking about it some more, if I wanted to practice sharpening I would try to snap up the SOG, if it is on sale as it appears (£18.95 down from £35.95). It has a true flat grind for the whole length, is stiff, and is large enough to give good practice at both straight edge and swept belly. If I bought the Enzo I might decide I actually wanted it as a knife and would then be worried about using it for practice. No such thoughts about the SOG.
You must log in or register to reply here.

B
Review of Worksharp field sharpener