Hello! So, I am actually a Brit, but I live out here in Austria in an area on the border with Switzerland and Germany. Very Alpine, very beautiful, but also quite restrictive in regards to bushcrafting, wild camping, those sorts of things.

BUT - I have recently been given permission to camp on some private ground in a very lovely area, which also happens to be at over 920m (3020ft!) above sea level, so some real adventures can begin.

Looking forward to learning a lot from you all, sharing some stories and pictures of this amazing area. Anything else, you'd like to know, just ask.
J

Welcome to the Forum!

I believe there is a very famous fruit juice company in that area?
Rauch? I enjoy their products every day!
Reactions: EffyGent

Hi and welcome to the forum, lovely part of the world to live in I would imagine.
Reactions: EffyGent and Janne

Janne said:
Welcome to the Forum!

I believe there is a very famous fruit juice company in that area?
Rauch? I enjoy their products every day!
Click to expand...

Indeed! Quite a big company in the region (and really good juice!)

This is the view from my back garden! 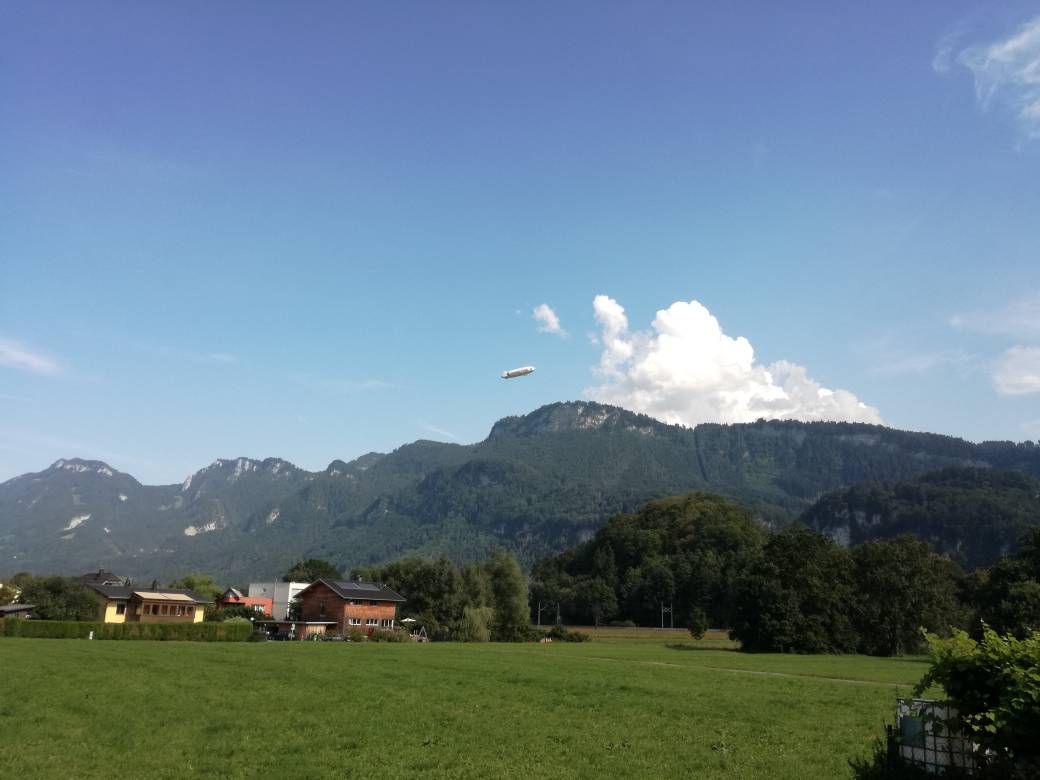 EffyGent said:
This is the view from my back garden!

Sent from my HUAWEI VNS-L31 using Tapatalk
Click to expand...

Great view, in a great country!

How come you ended up in that paradise?

Great view, in a great country!

How come you ended up in that paradise?
Click to expand...

Blimp. On the other side of the Bodensee (lake constance) is a place where they have been built for a long time.

My wife is Austrian, and when we met we knew we'd have to decide. For many reasons (not least the scenery) we agreed that I would move here. I have never felt more at home than I do here, I must say. It really is a lovely little corner of the world

In Friedrichshafen.
Great machines! I wish we had some preserved.

Aye. We went there recently, to a museum. Reading and seeing all about (as well as going in to a replica of) the Hindenburg was very interesting. My son (4) is now totally in a Zeppelin phase

I love Austria, an amazing place. Great to have you and I hope you share your adventures with us all.
Reactions: EffyGent

A proper outfit you can get here:

In Austria the Bush is restricted. The mountains are relatively free.

Erbswurst said:
In Austria the Bush is restricted. The mountains are relatively free.

Bavaria and Switzerland are far less restricted.
Click to expand...

Thanks for the links, I'll check them out later.

Aye, it's not so easy here, but there are some options for camping out in the wild

You should not trust in what normal people tell you about wild camping.

In Austria the restrictions depend of the laws of the Bundesland. The crowded area around Vienna for example is very restricted, remote areas are more free.

Usually it depends in Austria of the altitude. In high areas it could cost your life to walk down instead of camping in the mountains in some bad weather circumstances. And there wild camping is less restricted.

Each Bundesland has an own law. The Alpenverein can tell you about them. As well you can simply ask the foresters about rules and laws belonging your behaviour in forest and field.

Landes and Bundes laws of course you should look in. And you should respect what is written in there but not what you think inside by your fear and own thoughts.

That means: Usually in German forests it isn't allowed to use a tent.
Most times nothing is written about bivvy bags. !!!
(But a Tarp probably is seen as a tent. The only tent the German state declares as a tent is the Bundeswehr tent and older german military tents, which had been technically more cotton tarps than a modern tent. And even the NATO PONCHO, a military rain coat, is constructed to use it as a emergency tent, the German language doesn't use here an equivalent for shelter. That poncho stays at the border, but is a follower of the tentsheeds of the first world war, which had been pretty similar.
A raincoat pulled over the entrance if the bivvy bag would be a rain coat, not a tent!
As you see, the situation is pretty delicate.

BUT:
What isn't forbidden is allowed!

In some Bundesland it isn't allowed to leave the forest ways during the night. That is the case in Schleswig Holstein, but as I am informed it isn't the case in Bavaria.
To inform yourself you have to look in the laws. I am not a loyer and can give here only my private opinion as far I understood the laws. Only a German loyer or forester is allowed to inform you officially about the situation regarding German laws about forest, nature and fields.

I tell you what's going on in practice, not what's officially allowed or forbidden, because it's forbidden to me to tell you something about German laws.

(That stupid neighbours who tell you it would definitely be not allowed to sleep in the forest, usually do something, that is not allowed. They aren't loyers or official persons like foresters or police and if they tell you you something about the law,they do something, what is absolutely against the law, far more forbidden than camping in the woods! My private opinion.)


Outside the forest you need a Landowners permission.

In Practice wild camping for longer times isn't tolerated without land owners permission. But to set up late and leave the place early in the morning is a usually tolerated tradition.
Mainly if the farmer comes to you and tells you you should leave you reached a state, where your point changes from your right to roam to an illegal status. In this moment you have to ask for pardon and you have to leave immediatly.

Of course, if a sign tells you "don't camp here" or "don't enter" or a closed fence means the same.

Uninformed people who misunderstand the laws think in Germany bushcraft and bivvying wouldn't be allowed.

Outside the forest it isn't allowed to light a fire where you set things like a corn field in danger.

On foreign land you have the right to walk if you don't destroy anything. Of course you can't walk over a field through the plants.

You have the right to enjoy your time in open German public or open private forest and farm land until the owner or an official person like policeman or forester tells you the opposite!

Edit: Obviously land under nature protection must be respected. That we have to respect in the large Nature parks and National parks too!!!
Last edited: Sep 19, 2019

I think you misunderstood - I know some people with a lot of land and they have given me permission to camp there and have a fire going, next to a little lake and so on.

Edit - in Vorarlberg you need to get permission from the land owner to camp outside of a designated camp site. That is often going to be the mayor, but if some good land is privately owned, you need their permission.....


Sent from my HUAWEI VNS-L31 using Tapatalk
You must log in or register to reply here.

Member Classifieds Today at 8:48 AM
Munky1

U
Hello from Norway.

B
Hi from the Midlands