For a while now I have been thinking about getting myself a bino-harness; a setup of straps for carrying a heavier type of binoculars while being out and/or moving. However forking over around 500SEK for a decent quality set somehow did not sit right.
On the other hand I had this British WW2 gasmask bag a.k.a. the Indiana Jones satchel! Well, his was a Mark VII, mine a Mark II... but anyway...
The pair of binoculars I have did fir this bag quite nicely and the bag itself is quite versatile. It has several smaller compartments on the inside, is very sturdy and easily accessible. Carries nice, too. The major drawback is that it had quite a strong musty smell and a hideous lime-ish green faded colour.
So the first thing I wanted to do was get rid of the smell and add colour! I did that by soaking it in a chemical, store bought olivegreen and after the dyeing and rinsing and drying..... it still had practically the same colour! Vaguely more green... 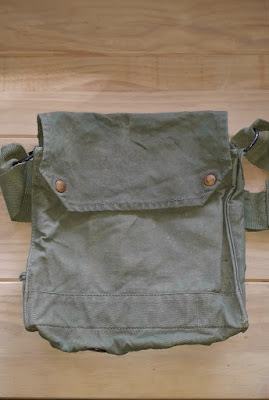 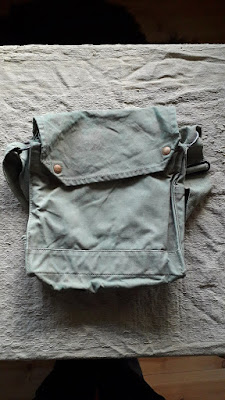 We had some leftover batik paint; orange and briljant blue, so I made a new colourbath, using these 2 colours and added the bag again. This time I turned up the heat too. AFter soaking for about 2-3 hours I removed the bag, which now had a deep, rich green. I rinsed it properly and chucked it into the drier. It came out a lot softer.... and a lot less green.... I gave up on the dyeing-bit and decided to wax the lid and front, knowing it would darker the colour. Which it did.
However the drying process had seriously damaged the original carrying strap, causing it to fray quite considerably. I had a sparestrap, once cut from an old French gasmask bag and I hooked that up onto the bag. Fitted perfectly! 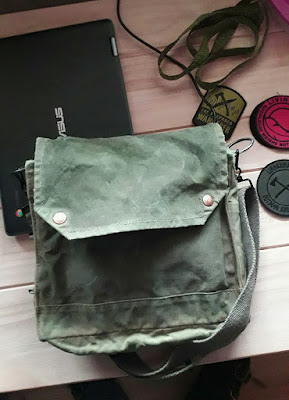 One feature of these bags was the strap securing it around the back, when worn on the chest. That strap was no longer present, so with some attachments and a length of darkgreen elasticated cord and made my own, adjustable one; all parts from the sparesbox!
Last but not least I set out to personalize and demilitarize the bag by adding the tactical version of a local sort of ribbon and 2 patches in suitable colours and themes. 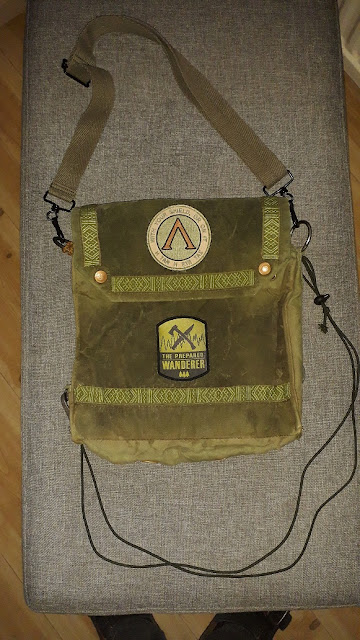 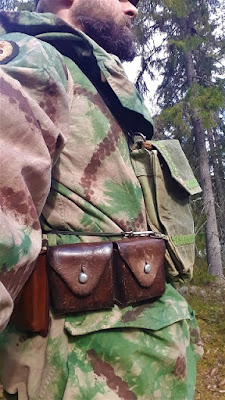 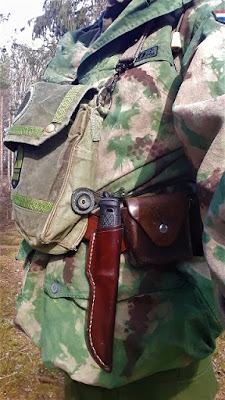 I tried it the other day, wearing it as a chest pouch, during a hike through the woods and loaded it up with my cellphone, which really fits perfectly in one of the compartments and which was easily accessible, and my 8x40 binoculars. I hardly noticed the pouch being there! It rode really comfortably, not getting in the way, not becoming sweaty and not dragging and pulling down on my neck! 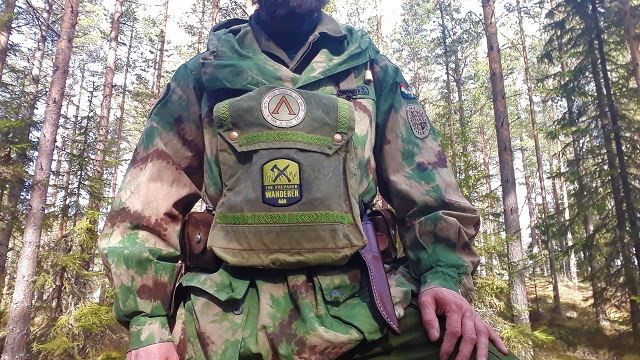 And when so desired I can just remove the backstrap, literally with just 1 click, and carry it as a shoulderbag! 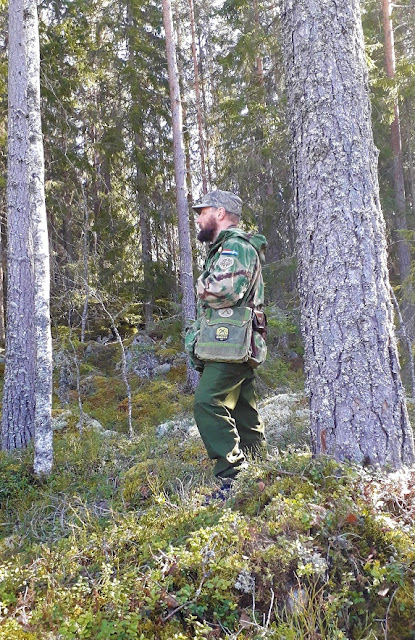 That came out really well.

Great example of upcycling there matey! Well done! I do love those old satchel styles.

Ironically, these bags, although often used as a shoulder bag, were originally intended to be worn on the chest above the soldier's belt kit.
Edited to add - this is intended as an observation, not a criticism.
Last edited: May 10, 2020
Reactions: RonW

Just wondering what you keep in your brown leather pouches? Obviously was intended Carbine Clips but what do you use them for??