Sphagnum moss eventually breaks down to ferny bits, but it'll do for a fair while first, and if it's packed tight it really does make a good pillow.
Pick it clean and it's very good as TP, or inside a clean hankie as a emergency pad.
My Father said that as a wee boy he helped his Grandpa pick sacks of the moss to be used to make field dressings for the soldiers at the front during WW1.
He'd four Uncles in the trenches, so it kind of stuck in his mind that he was doing his bit to help. He was seven when that war ended. Only three Uncles came home though.

Anyway, the moss is mildly antibiotic, and antiseptic. It's good stuff, and despite our shrinking peat moss' it's still widespread and common stuff. It'll even grow in your garden if you make a really soggy bit and let it in peace.

It has been used as insulation between the timbers in Swedish house builts for centuries, if not Millenia.
I think it is used today as loft insulation.

Billy-o said:
What does OTT mean? Off theme or over the top?

They were for the bed, and it wasn't an uncommon practice ..
Click to expand...

We were 'talking' about 'toilet things, and items used', someone earlier mentioned they used Sphagnum moss and then you suggested you used pillows stuffed with it …………………….
J

All good info for our Robinson Crusoe!

He needs to wipe his nether regions as well as sleep on something soft and cozy!

I know he asked quite specifically about a forage based diet, but as there is not much to forage these days most times of the year, we can give him other useful info.

bearbait said:
However it seems that it is protected in the UK (so put it back afterwards?).
Click to expand...

Should we we best adopting a skidding technique similar to when the dog has worms? It would certainly save uprooting the plant.
Reactions: snappingturtle and Janne

Billy-o said:
Should we we best adopting a skidding technique similar to when the dog has worms? It would certainly save uprooting the plant.
Click to expand... 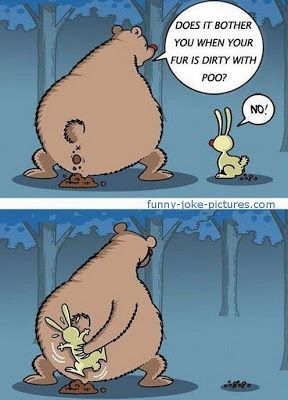 In the right environment, everybody can do it if they have some knowledge.
after all, humanity did from the time we stopped being apes and became human, until quite recently....
Might still be some tribes in South America that do it.

Europe - Russia maybe. Sweden and Finland - at a stretch possibly.
Only if you trap/hunt animals illegally though.

The hunter gatherer people living in a climate and environment similar to UK struggled, and needed huge areas to survive.
No doubt they ate most things that moved. Hunter gatherer societies in Africa, Australia eat insects, larvae, small animals/

Remember, when the hunter gatherer people lived in Europe, Europe still had Mega fauna. They hunted them and no doubt did not say 'no' to a solid meal of well aged carrion of it, if they stumbled on it.
Mice, rats... ant eggs.

There's huge quantities of food on the west coast of British Columbia. Even more, twice a day, when the tide goes out.
Paleo people here built stone beds for clams, mussels and oysters. They're huge. Still there. Everywhere.
Take a shovel and a bucket and go get some. Go easy, don't get piggy. A couple in the Aggememnon Channel
behind the town of Sechelt, when you know where to look at low tide. Ate those beds for years.

I like fish and shellfish. I could sit there all day long and eat.

We're expecting 15,000,000 sockeye salmon in the Fraser this fall. Do ya like smoked fish?
However, if the lower Fraser water temperature stays above 20.5C, we might see 75% pre-spawning mortality.

Best estimate was that at European contact, there were 60,000,000 bison on the North American Plains.
Buffalo Jumps are all over the prairies.

Food was not the struggle, preservation was a bigger issue. With the ocean, there was slightly less seasonal pressure.
The most severe impact right this day and time is that all shellfishery in Haida Gwaii is closed due to Red Tide.
This is a toxin presenting as Paralytic Shellfish Poisoning = the juice from one large cooked oyster can kill most people.

I'd like to try that grease fish stuff. Apparently it is back in BC now. Heard a lot of chat about it last year.

I think there's Oolican from time to time at Salmon & Bannock FN Bistro in Vancouver.
Guess you would have to check the menu quite often.
I'm eating East Coast shellfish now. Hate the air freight but so be it.

Have you studied the preparation?
As bent-wood boxes of fish decompose, the oil is released and skimmed off the top.
I stop at fried fresh salmon roe.
You can have my share.
J

Yes, in North America. Maybe that was the reason the people there never progressed further than Stone Age. Plenty of food = no need to develop new tech.

In Europe food was much scarcer. Doggerland was supposedly rich in food, but once flooded......
I do not think that the technique with 'jumps" was that common in Europe.

Europe dis not have the open plains, and it is harder to hunt in forested areas. During the Ice Age, same nature as in northern Scandinavia.

Frying salmon roe? No no no no no!

Try lightly dry salting it. Delicious on Blinis. If you have a Ukrainian or Russian friend, ash her to make Blinis and you make the lightly salted Salmon roe.
Last edited: Aug 6, 2018

I suspect Chris got his 'sustenance' from wherever it was available
Reactions: snappingturtle

Suppose you did camp out somewhere along the UK coast.
Suppose you could harvest whatever was edible with no interference.

Is the shore line productive enough for better than survival?

I don't know what happened to me with salmon roe. I used to love it on sushi. Then one day, ugh! and that was that.

It's also paint ... one of the reasons, an archaeologist friend tell me ... that it can be difficult to put a date on First Nation glyphs.

I love mackerel sushi rather more than might be reasonable. There, said it now.

This is why I have a ferret
Reactions: snappingturtle, Alan De Enfield and Billy-o

Thanks for all your advice folks, location has changed, and has been delayed for a month or so
Reactions: Billy-o
J

Suppose you did camp out somewhere along the UK coast.
Suppose you could harvest whatever was edible with no interference.

Is the shore line productive enough for better than survival?
Click to expand...

If you can use/ cover many miles if the rocky shore then yes, it is productive. Easy pickings. Sandy coast is more difficult. You need to dig, which is labour intensive and you use up lots if energy.

You also need to think about algae poisoning in shellfish. Not the best idea to devour lots of shellfish during the warm months.
J

Wild wandering woodsman said:
Thanks for all your advice folks, location has changed, and has been delayed for a month or so
Click to expand...

That means you are closer to winter. And closer to the end of fruit season.

Still thinking of trying to survive ‘off the land’ purely, or will you augment with ‘modern’ food?

One solution is dumpster diving behind supermarkets.
Reactions: snappingturtle

What sorts of pollution comes up to the UK coast on the Gulf Stream?
Safe to eat shellfish anywhere along the coast?

I don't eat bait. Pacific Northwest style, I cook. Even prairie Cree/Sioux styles, I cook my bison.
This is the most effective way to avoid a parasite load = kill them with heat.

The PacNW people were familiar with iron by the time of European contact.
We have the Japan Current which flows across the Pacific ocean and brings us all sorts of Asian rubbish.
I have a hand-blown, netting encased Japanese fish net float, for example.

Pacific Northwest people didn't bother with a Chalcolithic Age, despite copper nuggets being all over the place.
Copper here is symbolic of wealth and prosperity, shaped into attractive breast plates, jewelry and wood carving inlay.

Haida canoes are so big (60') and seaworthy that they went south as far as Chile and brought back 4 different varieties of potatoes
which are still cultivated as far north as the Alaska of the Tlingit people.

Lots and lots of iron has come across for the last thousand years.
After Fukushima, we have not got anything that glows in the dark but the Cesuim 137(?) levels in local wines is 2X what it was before.
You must log in or register to reply here.
Share:
Facebook Twitter Reddit Pinterest Tumblr WhatsApp Email Link
Top Bottom