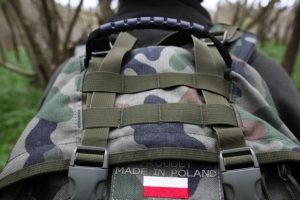 Wisport is a very popular brand in its native Poland – and is yet to make its name in the UK. Wisport was formed in 1984 and as well as rucksacks and pouches for the civilian and military markets (they’ve worked closely in development with special forces troops amongst others), they also offer outdoor clothing and accessories.

Rucksack
The rucksack on test is called the Whistler35. This is a 35 litre, mid-sized sack in the Polish Woodland camouflage pattern also known as Pantera (Panther), which I think is similar to German flectarn with the hint of red although 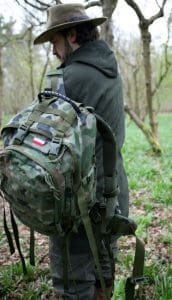 with larger patches of colour . You can also purchase the rucksack in standard green, black, coyote brown, genuine multicam and DPM.

The rucksack comes with an impressive array of attachments and straps:

The rucksack is made from Cordura material, all the stitching is sound with many of the stress points double stitched. There’s a decent amount of back and shoulder strap padding using the Wisport SAS (Semi Adjustable System) system. This means the padding is fixed but the waist belt is held in place by Velcro so can be removed – hence semi adjustable!

There are some nice design touches which I liked:

How does it feel?
Very good actually. Being a 35 litre pack it is slightly short on the back but not uncomfortably so (I’m 6 foot tall). It also means it can be worn higher on the shoulders or dropped down a little to rest on the hips. We’re only talking an inch or two though so it doesn’t make much difference. The padding makes wearing it very comfortable, even fully loaded.

Overall, I think the rucksack is a versatile and useful pack and a welcome addition to anyone’s kit. 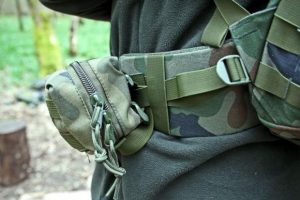 The Pouch
The EMT pouch is made from the same Cordura as the main pack. Again, build quality looks good and strong.
The pouch measures about 7x4x3 inches. Opening this little pouch gives a surprise as, instead of being empty, there’s two roll out ‘separators’ –separate zipped compartments. Each half is split into two with a mesh front. There are also some elastic loops sewn onto the inside of the pouch, both are great for keeping small items together and extremely useful.

The front of the pouch has MOLLE stitching like the main pack and the back has straps that can be fixed to MOLLE fixings. This little pouch will fit all over the Whistler pack, front, top, sides but I prefer attaching it to the waist belt so it’s right to hand when needed.

Other pouches of this size I’ve seen can have a tendency to become a black hole where it’s impossible to find that crucial bit of kit you really need – and specifically put in the pouch so you’d know where it was! With this one though, the option to stash smaller items in the roll out pouches or in the elastic loops add that little bit more usability.

I like the way both items have been designed, there’s obviously a lot of thought that’s gone into them. I’ll certainly be using these many times over the coming months.

Thanks to www.military1st.co.uk for supplying both items on test. 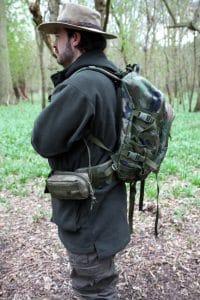 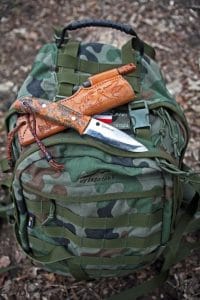 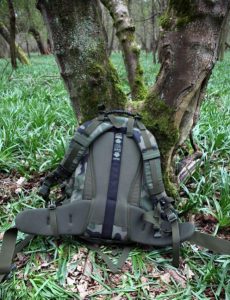 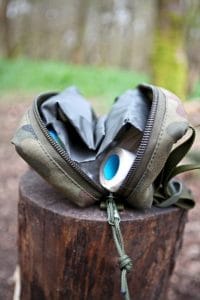 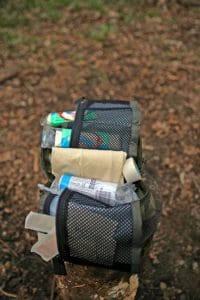 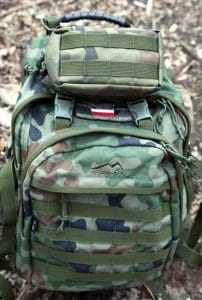 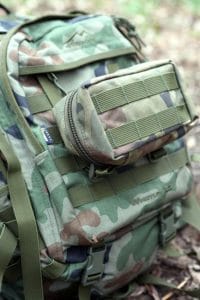