What are you currently reading?

Madame bought this for me as an extra 80th birthday present on line as the title looked like something that would interest me.

As the title suggests, it deals with a group of men who were in the prime of their lives in the 20s and 30s and who would go on to see active service in WW2. Some of the names became well-known and will be familiar to many on this forum. To my surprise, I found that I had known one of them quite well but in a diiferent context. When I was a schoolboy in the 1950s, Lancelot Fleming was Bishop of Portsmouth and as such had a a close relationship with my school. He was a familiar figure at school events and I remember him as a kindly, elderly churchman. In this book I discovered that, in his youth, he had been a polar explorer working as a geologist on several expeditions and as such was highly regarded by his peers.

If you followed TeeDee's thread on British male role models, any of the characters featured in this book would qualify. Although this is a very recent book and written by a woman, it is reminiscent of the sort of book schoolboys of my generation were encouraged to read as a guide to what an earlier generation of men expected of us when we took our place in a man's world.

The accounts of expeditions are fascinating and the many appendices give interesting insights into the provisioning, equipping and organisation of smaller scale expeditions of the period.
Reactions: Kadushu and crosslandkelly
L

I have just finished Pack and Rifle by Philip Holden for the umpteenth time. On the pile of next in line books includes Dark Emu by Bruce Pascoe and The Biggest Estate on Earth by Bill Gammage. both look fascinating reads. My copy of Fire to Fork by Harry Fisher gets well looked at too! 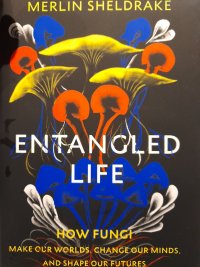 Great name for an author too. He must be a fun guy to know.
Reactions: punkrockcaveman

I'm currently just over half way through the main novel of "The Deathworlders", it's sci fi but with a really good load of twists. I started reading it from a science page I follow, free download as well so needs to be read on an electronic book. Link here; https://deathworlders.com/

bobnewboy said:
In the quiet times I am re-reading the Brother Cadfael series of books by Ellis Peters. Wonderful, descriptive story telling
Click to expand...

A Dorset Rifleman.
The Recollections Of Benjamin Harris. 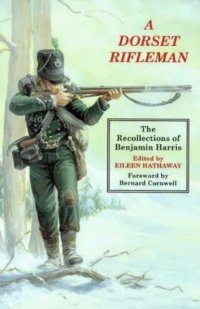 Same thing here - more than one book at a time...
Just finished a Norwegian book a few days ago ( "I kano fra Larvik til Nilens kilder" - by Reidar Teigen) about two young men (23 yrs old) paddling a canoe from Larvik in Southern Norway, to Sweden and Denmark and down through the channels through Europe and up through the Nile and all the way down to Mombassa in Kenya. Started in late 1952 and took them some 18 months to finish. The canoe is actually at the maritime museum in Larvik not too far from where I live. Always wanted to go and have a look at it, and now that I have finished the book for the fourth time, it is about time...

Currently started reading these two:
"Commando - A Boer Journal of the Boer War" by Deneys Reitz
"The Sheltering Desert" by Henno Martin
I have read these before, but they are worth a read again every few years. Title say it all for the first one, and the Sheltering Desert is about two young Germans who were against the war (WW2) and avoided internment by the British by hiding in the Namib desert. Living really primitive all the time.
You must log in or register to reply here.

V
Are you a coffee head?

A
What does you daybag contain?

What to do if your posts don't appear, or you find you are banned

A
Choosing a compass....

Recommend me a vest for Molle pouches.