You are using an out of date browser. It may not display this or other websites correctly.
You should upgrade or use an alternative browser.
O

Thought I'd write a long-term review for anyone considering this hammock for expedition purposes, most of the reviews I'd read before I bought it were from people who had only used it for a few nights so this might be useful for someone.

I planned to cycle touring from Berlin to Istanbul this Summer and while getting a few bits and bobs for it I thought hmm maybe a hammock would be nice to relax in after a day's cycle and I did a bit of research and TW Hammocks seemed to be good value for money. I got one and managed to find room for it with all my stuff, I took a tent as well because I had no idea how camping in the hammock would work out on the road.
It turns out that sleeping in a hammock was the best thing ever and my friend who joined me in Prague with his tent got severe hammock envy. Anyway back to Tenth Wonder, Included in the package are some woven rope, metal rings to dispel water from dripping down the rope, some rope made from folded stitched webbing, and the hammock itself in a compressible stuff sack. 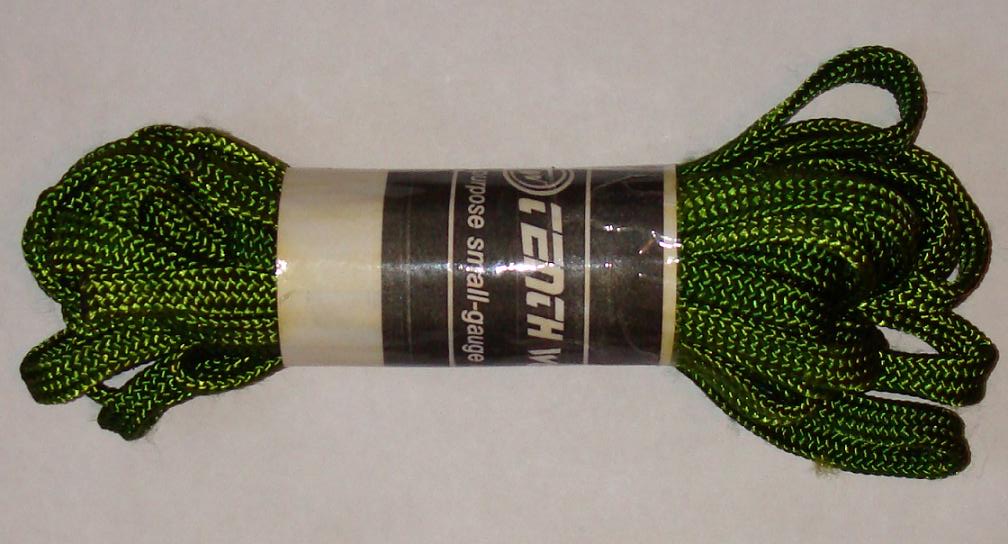 This rope that comes with it is a bit naff, it stretches easily and frays badly. I ended up giving one away to someone and using the other to hang up my laundry. The other rope made from webbing is excellent, extremely strong and it really can't stretch although I imagine it isn't the lightest. Using the webbing rope on its own will be fine for 90% of situations. The hammock has been well thought through, the mosquito net is great and hangs high above enough that sitting is comfortable. The blue elasticated cord which connects the spreader bars to the string which you attach the tree means the mosquito net will always be under a bit of tension to keep it off you. The hammock comfort in general was great and I began to dread sleeping in the tent, I had to sleep in the tent 3 times 2 due to rain and the other because my tent-dwelling friend was in a huff and wouldn't camp near trees

Stitch quality was good the only point that was poorly stitched was the internal pocket for storing phone/glasses. It began to become unstitched after a couple of weeks although it's not structurally important.

My main point of concern and the reason I would find it hard to recommend this hammock for long-term use the material used for the outer layer.

My hammock was a two layer hammock to allow insulation to be placed between the layers. The inner layer is a lighter, more comfortable nylon and the outer layer is a slightly thicker nylon.

Neither are ripstop so what happened to me is that one evening as I was setting up the hammock I must have snagged it on something on the forest floor, I didn't notice at the time. In the morning I woke up and the outer layer had split 80% of the width of the hammock and now all my weight was being supported by the thin inner layer, I'm 10.5 stone so that's not too much of a problem. But i realised that what had happened is that when I put my weight in the hammock the material stretches to accomodate the body and that puts pressure on the material which means that any snag or tear will rip wide open. The next day I was seriously annoyed and I pulled apart the split material which kept ripping like paper. I think that the price difference between ripstop nylon and normal nylon must be very small at wholesale prices and to cheap out on the materials feels like it really lets down the product. I slept for the next month+ on the inner material being really careful not to damage it with anything which might be in my pockets. I had a sewing kit with upholstery thread which I brought in case my panniers ripped but the nylon is impossible to repair by hand sewing, firstly the length of the tear is very long and secondly when you sleep on the repair you put a lot of strain on the stitching which causes them to rip out of the nylon. I emailed the owner of TW Hammocks to see what material I could use to patch the split but he didn't reply.

In conclusion it's a really nice hammock, and for occasional use will be great against midges but for a long-term product I would maybe look elsewhere because one snag will make the hammock greatly compromised and if you bought the single-skin version it would be ruined. I put a few campsite pics below for anyone wanting to see it in action.
Near the beginning in a German forest. This was at 5050ft, too cold and potentially rainy for the hammock No trees at this altitude in Montenegro This campsite was crawling with black scorpions in Kosovo, It was the first time I'd seen scorpions in the wild and I was pretty freaked out, I thought they were super poisonous and no one would find my body. I was so glad to get in the hammock and get zipped in, surely they can't climb ropes?? On the Macedonia-Bulgarian border, a cow ate my spaghetti out the pan in the morning :0 Cheeky bugger! Stealthy right by the road in Turkey One of my last nights I pinged TW the link to this as I'm sure they'd appreciate the feedback. I stressed the point about ripstop material though I wonder if even ripstop would cope with the load once damaged. I'm not sure if there is a hammock made from ripstop nylon.
O

Cool thanks, I hope it doesn't come across as overly negative. To be clear I really loved having the hammock and it's mainly posts in this forum that made me buy it! Maybe potential for damage is something that is inherent in hammocks because they are load-bearing. Something people might consider when making kit decisions.
Maybe someone could shed some light on why there are no ripstop hammocks?
Edit: I added about 4 words to my review and a minute later it's gone. Have I done something stupid and deleted it or do edits have to get approval?
Last edited: Dec 3, 2013

Seems to have got lost in the either

I thought the same, but put it down to tapatalk. Now at work on the PC and its still missing?
O

I have no idea, I edited it to add about 4 words and then it disappeared. I tried to repost it here but it said it needed to be approved, I think I'm doing this forum wrong :/

He's a new member - editing a post resubmits it for mod review.

The review is back up I see.

I gather that TW have always made some hammocks out of ripstop, none bug net ones, and they can also sew the two layers together to prevent the 'big boned' from getting between the layers and relying on only one bit of material. Sticking a hole in a load bearing layer is generally going to cause a major failure just as a crack in a windscreen massively reduces its strength. I'm guessing if you want ripstop then you only need to contact TW, they are more than helpful and love what they do.

Hopefully they will be willing to support a BCUK group buy coming up to the next Bushmoot convention in August, I'll ask them closer to the time.
Last edited: Dec 3, 2013

I think the issue may have been you were pitching the hammock too low and therefor it was snagging the undergrowth. If you apply a thorn or sharp object to any hammock under tension you will get the same outcome. I dont think it was specific to the TW brand.

I have enjoyed using my XL version, it is roomy and really comfortable, I recently bought a DD Frontline and it is a lot smaller than the Hornet, but does the job, but My hornet will always be the luxury hammock, great bit of kit
You must log in or register to reply here.