Original Norgy Cotton Feltskjorte Shirts Made In Norway and A German copy?

Years ago I managed to get one of the Norgy shirts that was made in Norway by a company called IRIS and I enjoyed wearing it. Time moved on and the shirt seemed to get smaller and the user larger. I was looking at getting a replacement and these types of cotton shirts seem to be disappearing especially the larger sizes. Does anyone know if these types of shirts are still made in Norway and who makes them? 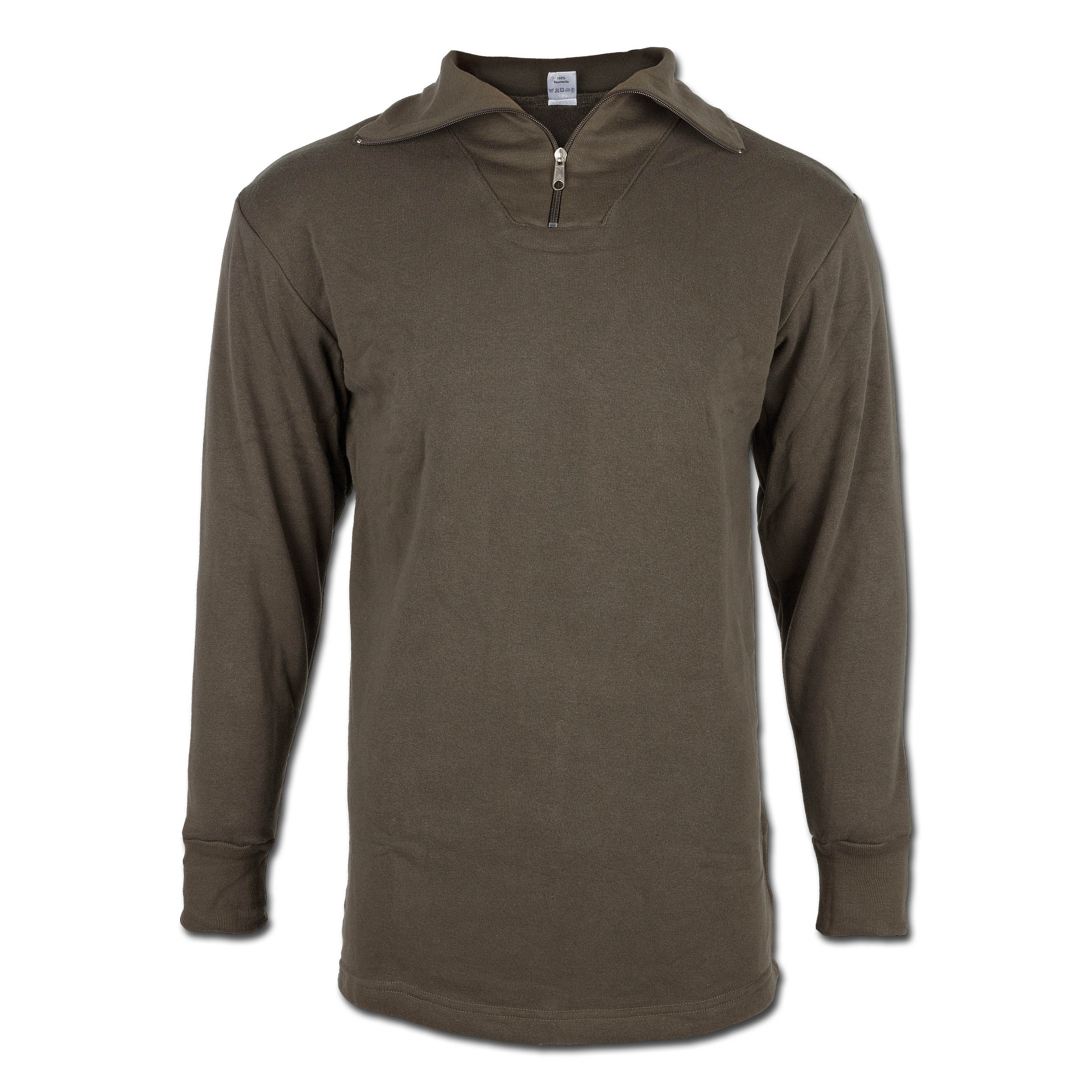 The template for this army under shirt was the French under shirt. The high cut turtle-neck protects the neck and chin against wind and cold. During…

but have no idea how good it is. I did like these types of shirts for cold dry weather with the zip and high collar and yes, I know it is cotton and old-fashioned but I found I did not overheat as easily with a synthetic top.

Loads available from surplus stores ex brit issue but I would doubt they're made in Norway. I still have some from the Royal Navy's brief uniform issue good tops but cotton. The reason they're effective in the Norwegian climate was the arctic weather was cold but dry. The troops, mainly Royal Marines doing their regular arctic deployment, seen the Norgies using them and did private purchase before they became regular issue. What the Booties didn't know about maintaining yourself in those conditions wasn't worth knowing by all accounts. Worn next to the skin and a wooly pulley on top was warm enough for most things but meant they didn't overheat in the subzero temps as long as they kept moving. They are as comfy as.
D

I remember when the AMF(L) got issued theirs and we were still on the KF shirt.
Apparently the KF shirt was actually better for the UK climate, but was itchy so everyone that could afford them went out and bought Norgies, I think I’ve still got mine somewhere 30 years old and still do the job.


Sent from my iPhone using Tapatalk
Reactions: Madriverrob
B

I bought a British Army norgie from fleabay,cost about a tenner,SOF in Corwen do a base layer for about 15 quid,i think the norgie is better.
W

Would love to find one of the older ones.
I have the issued version, to get a 44inch chest requires you to have 5ft arms.

I got a Tuna Tekstil norgie top off penrith, I don't know if TT exist anymore as a search came back with not much but a company claiming to have ties with are Aclima.

Not much cotton stuff. maybe a link to searching what you want out.

Reading the client reviews below I see that the German shirt above is no original but a MFH copy.

If you want an original German army shirt I recommend to buy a Leo Köhler Shirt new.

I don't own such a shirt but can tell you that they have some kind of frotté inside.

I accidentally looked at it just a couple of days ago. But didn't take it, simply because I have more than enough of clothing.

Don`t think they are used by the army anymore.
Tuna stopped making them in 2015.
Nowadays the army use a wool shirt from Aclima. We also got these woolen ones when I was in HV.
Bråtens still make the cotton ones though (probably others too).
Can be bought several places here in Norway.
Reactions: Monk and Erbswurst
M

Tor,
thanks for the Bratens link and that info!
You must log in or register to reply here.

For Sale Would anybody be interested in a Large Buffalo Sleeping bag and fleece liner?