I never set out today with the intention of writing a post.
My aim was nothing special nor unusual - go for a walk out on the north downs.
But you ever have one of those days when the world conspires against you?

I knew the weather forecast was for a bit of rain. So I packed a poncho, but it had been dry all morning and there was even blue sky.
Then I arrived at my location. Within a few steps it started raining.
A steady drip at first. Although I had a poncho I had forgotten to pack some waterproof trousers. Nevermind, I though, it's not raining that heavy.
A few steps more and...it started to rain professionally. On went the poncho.
I got to the brow of the hill and by jimminy, the wind picked up as well!
From the knees down I was soaked.
I headed for a spot I regularly go to and where I had previously stored a couple of cut poles for putting up the poncho for shelter.
The damned poles had gone! And I had no cutting tools with me.
Just above the chalk scarp there's a line of elder bushes, so I thought I'd go there and tie up the poncho with some bungees.
Whilst taking my first manly stride to step around some chalk rocks I heard a rip...

Oh well, at least the most important parts would stay cool.
I was on a slope, and a chalky, muddy, slope at that. But I got the poncho set up and that meant I was out of the wind and rain. Inevitably though, now I had a shelter set up, the rain stopped. Of course it would. But it gave me a chance to move around and let my trousers dry off.
I noticed that on some of the elders that new buds were already starting to grow: 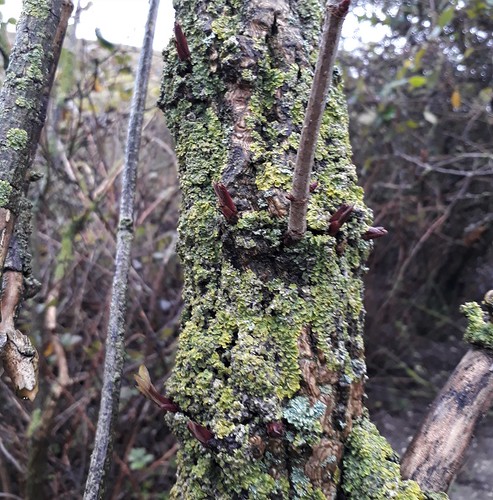 And an impressive sprout of ear fungus: 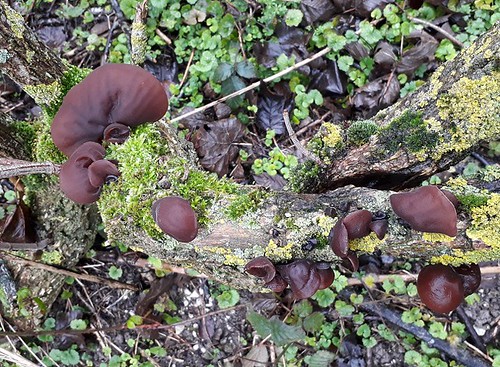 Then as I sat down again, guess what I put my hand in... 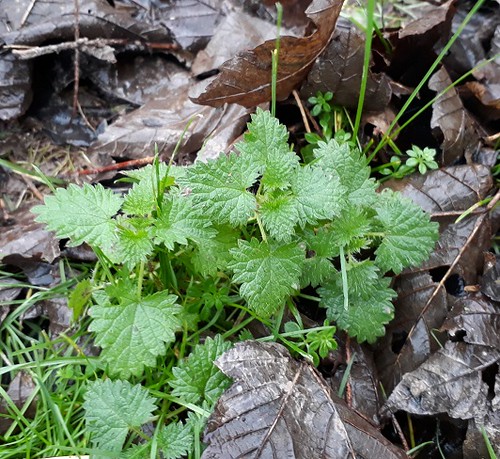 As I type my left palm is still tingling.
A mug of earl grey and a pack of mini cheddars later and I thought I'd take the break in weather to pack up and make my way back.
Needless to say, the second I had put everything away and took my first gainful stride the heavens opened again.
Sometimes you feel like you just should have stayed at home, eh?
Last edited by a moderator: Dec 23, 2020
Reactions: Toddy, Suffolkrafter, Snufkin and 4 others

I too looked out at a blue sky and sunshine only to get drenched and wind blown on the top of the South Downs. I should be used to it really, it seems to happen pretty much every day at the moment.

There's been a positive outcome - all stitched up now and ready to go.
The boys are back in the barracks.

You do know you can get into trouble for posting photos like that on the internet don't you?

Great post though! After a day like that one feels all the more satisfied when sat in front of the fire back home.

Brilliant but understood. Regardless a great post for second time and merry winterval all.
You must log in or register to reply here.