Rabbit leg, how did your home cooked crickets taste like?
How did you cook them, boil?

A long time ago I studied grasshoppers. A Japanese friend wanted to purge them and cook them 'teriyaki' style.
After dissecting a few hundred wild caught grasshoppers, the numbers of parasites encountered put me off for life.
I now believe eating insects to be in the same bracket as Morris Dancing and Incest.

PS the easiest way I've found of catching grasshoppers is with a 'pooter', should work equally well with crickets. Just be careful if 'pootering' too long in the hot sun.
Reactions: Robson Valley and Woody girl
J

Morris Dancing. Very English.
Unique. Men in other countries used to drink and pick a fight for fun.

You should see the parasites in fish. Pork. Beef. Human......

Janne said:
You should see the parasites in fish. ...
Click to expand...

Parasites - these are killed by cooking. In a real survival situation, the parasites will take a long time to have an effect on you, so can be eaten uncooked. If you survive, then you can get treated later. This is according to available knowledge, not mine.

Cooking - I use two methods. If I just have a handfull, then on a stick/skewer. If a lot more, then dry in a pot. They are ready when they turn pink/red. I once cooked them in olive oil but they ended up tasting of just oil.

Remove the legs and wings. They can be eaten, but will be crunchy and I don't think they are easily digested - so a scratchy poop the next day.

Taste - all the above posts are - without being rude - not correct. If you did not know what they were, and were served them in a pub, you would eat them as a snack without a problem.

Mentioned above - Ants n eggs. The wood ants I have eaten come in three stages. Not sure of the correct names but they are egg sacks, pupae (like magots?) and ants. Without the ants they don't really have a taste. Cook them with some ants. The formic acid (?) gives them a zesty/tangy taste and are quite nice. So all three stages in the pot.
Wood ants don't have a bad bite, so they can be handled quite easily. Just don't smell your hand afterwards.

Still after some advice on better ways to catch them. So next season go out and give it a go and let me know. 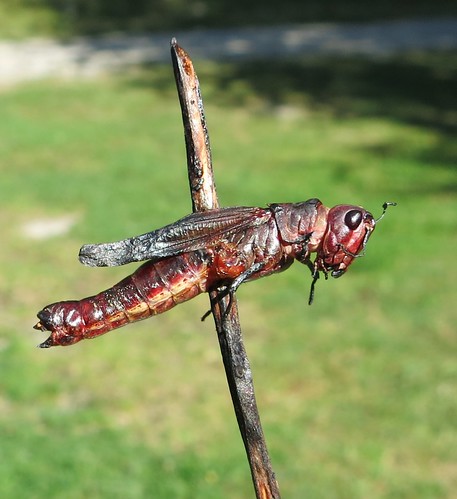 The outer ‘shell’ is made from chitin, which we can not digest.
Hence the scratching in your lower exit! Chew well, if you can.

What I find mainly revolting is that you eat the poo filled digestive system too. The rest is imo ok, as I love kidneys, liver, tripe of moomoos and other sentients.
You must log in or register to reply here.
Share:
Facebook Twitter Reddit Pinterest Tumblr WhatsApp Email Link
Top Bottom