Does anyone else have one of these?
I brought one after stumbling across it in a couple of YouTube videos so thought I would give it a go. I have a singer and an elna I do all my sewing on but occasionally i run into a repair I can’t do as I can’t get it under the door or onto the soul plate etc so brought one of these for the potential to access awkward areas and for the almost 360 rotating walking foot.
Its very agricultural and I had to make a stand for it and fiddle a bit to get it to sew right but so far I am quite impressed!

stand is rubbish, thread spool holder is rubbish and some parts are not finished at all!

seems to sew okay though, will upload some photos on YouTube and update this thread as I experiment with it!

Unboxing it when it arrived... 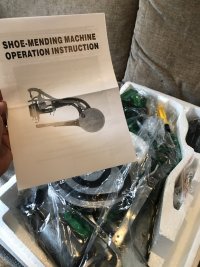 How it is, needs assembly! 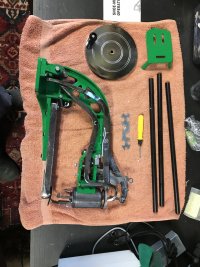 The stand it comes with is utter pony 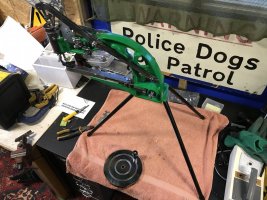 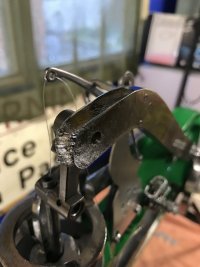 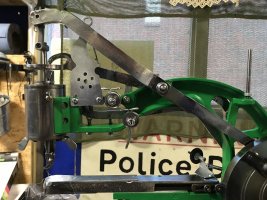 the stand I made for it 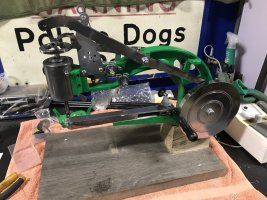 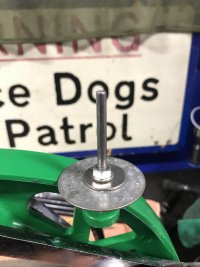 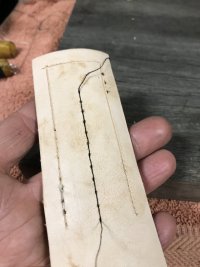 And a video of it sewing

I fancied one for ages, there's loads of youtube vids of polishing and tricking parts so they sew very nicely without binding, looks great.

mereside said:
I fancied one for ages, there's loads of youtube vids of polishing and tricking parts so they sew very nicely without binding, looks great.
Click to expand...

yeah dunno if I can be faffed to go in for all that, will just clean up the key parts (bobbin cases etc) so it’s efficient as possible, but I won’t be wanting to trick it out or anything tbh

Look up a guy on YouTube called ‘mainely acres’ he has a LOT of videos about setting it up, using it and troubleshooting it.

I plan to test it with heavier leather etc but there are a lot of videos on YouTube of people sewing astounding stuff with it tbh
Last edited: Apr 8, 2021

exactly, tht was brand new off eBay. although it still feels like a gamble as there are many reports out there of people that spend weeks trying to set it up to sew, and also of people for which it works right out of the box!

If I didn’t have both a car and house in need of large financial outlay right now, I would be going shopping for one!
Reactions: MrEd

yeah I am in it

Now I have dialled it in and got some proper bonded nylon thread. It sews nicely 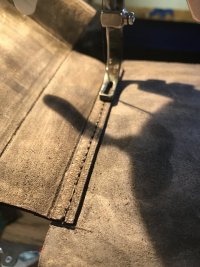 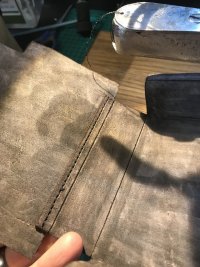