richos36 said:
I took all my knives and axe and colt 45 in to work today to show them my leather work for sheaths .i was a bit worried if got stopped but i did have reason to take them out my home
Click to expand...

Your profile shows you as living in Nottingham - so to clarify is this a replica ?
R

Your profile shows you as living in Nottingham - so to clarify is this a replica ?
Click to expand...

Probably useful to include that little tit bit of info then.
Reactions: Herman30
R

TeeDee said:
Probably useful to include that little tit bit of info then.
Click to expand...

I live on Nottinghamshire / Derbyshire border work in Radford (Nottinghamshire) and wonder why you need me to justify my reply ??

Well , Yes, You could have a Section 5 licence which would allow you the use of a Handgun such as a Modified Colt 45.

If you were such a licence holder I would personally call your behaviour in doing such a thing as exceptionally foolish and non-responsible.

You omitted the fact it was a replica in your post - would have been easy to have stated it.


"I took all my knives and axe and colt 45 in to work today to show them my leather work for sheaths .i was a bit worried if got stopped but i did have reason to take them out my home"

I checked your location to ensure you didn't live in a place such as America.
Reactions: SoldierPalmer and Herman30
R

for god sake ok i took my co2 colt 45 no co2 cartridge inside no shells no pellets just the colt in the crap holster I made just to show my work mates what i do with natural veg tan hide please dont call the police !!!
R

oh and empty your in box

Broch said:
We're not allowed to talk about that

Seriously though, I don't think comparing us to any other country has any merit at all; we are our history, we make legal decisions based on that.
Click to expand...

That's fair enough, but gathering information on what works for a human population regardless of geographical location is still useful even if it doesn't work.

Ultimately our discussion here will not change a thing, Higher powers have decided this is the way and we have to deal with it as you we all well know. Unfortunately we live in a time where its considered too dangerous to be allowed to carry a "fixed bushcraft style" blade in public or certainly in the middle of a town. 300 years ago you'd probably be called mad for not carrying.

To answer the original question, I think it would be a good idea if we are talking about carrying and using illegal knives in public places. Whats important is the location the knives are intended being used in (which would need a lot of thrashing out) and for what purpose and being able to justify that purpose.

How that gets sorted out I haven't the faintest idea, but I reckon the Moral compass of the majority of members here would make it perfectly safe to have a sharp object in their possession and actually share the respect that should be given to and educate anyone interested.

However I wouldn't wear a knife on a belt sheath if i could avoid it. Society does actually make me feel ashamed to carry an illegal knife and that fact I have a mental illness make its a hundred times worse dreading anyone seeing me with one.
Last edited: Feb 25, 2021
Reactions: TeeDee

OK, if we want to be argumentative, shouldn't it be Licence?

We would hold a knife licence if knives were licensed.

Is British TV so dangerous we Need a licence to Watch it? ;P

I'd happily apply for a permit.

lostplanet said:
I'd happily apply for a permit.
Click to expand...

What if you got rejected.??

How would you then bushcraft?
W

How long before a local authority declared itself a “knife free county” and refused permits full stop?
Also, what about farmers/foresters, would they need a permit for working knives? I know at least 2 firms that take on ex offenders to try and keep them on the straight and narrow, would a licence mean they couldn’t use sharps?

Still Ok to be used on private land?

In public, I would appeal and want a valid reason or I would have to accept it, Just like the current firearms laws. I can shoot my sub 12 air rifle all day long but cannot go above it without all involved.
it wouldn't stop me wild camping but I can see where you are coming from.

lostplanet said:
Still Ok to be used on private land?

In public, I would appeal and want a valid reason or I would have to accept it, Just like the current firearms laws. I can shoot my sub 12 air rifle all day long but cannot go above it without all involved.
it wouldn't stop me wild camping but I can see where you are coming from.

How do divers justify carrying knives?
Click to expand...

But maybe divers get an automatic pass because they tend to just take the one knife - and not an axe , bigger axe , machete , big knife, smaller knife , another big knife into the woods.

I think its a brave thing to mention you have a mental illness on an open forum and I very much respect you for doing so but it does raise the question , if the Police were to contact your doctor to approve of your Knife Permit , no matter how minor your mental illness is ( and I wish you all power with it ) you may get an automatic refusal. No matter how minor.
Last edited: Feb 25, 2021

How would that work? You get a permit to buy and use a knife in a wood - that knife must carry a unique ID of course. You then want a Japanese cook's knife so you pay for a variation on your permit. You want too use your kitchen knife when you go camping so you get a variation on your permit that says you can take it outside. You want the blade profile modified on your original knife so it's now flat ground instead of scandi, so you have to get a variation on your permit for the new description. You decide to sell the knife to Joe down the road, he's a great chap 'cos he has a permit to buy, so you inform the police that the knife has changed hands. Who's paying for all this administration?

Or, you just have a single permit that says you're a great bloke and can buy as many knives as you want and take them anywhere you want? - no thanks.

Obviously, I have grossly exaggerated the situation, but however you see it done there is a huge overhead and too much complexity. The police have difficulty dealing with the number of shotgun and firearm permits that are out there, let alone everyone that owns a knife (or ten) having one.
Reactions: Herman30, Wildgoose and TeeDee

To be honest i'm use to having restrictions placed on me because of it so I would agree with the decision, although I wouldn't like it. 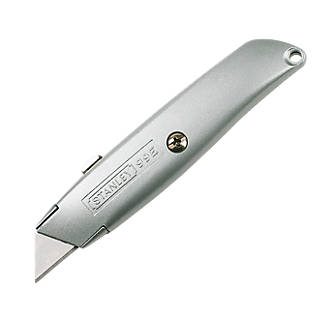 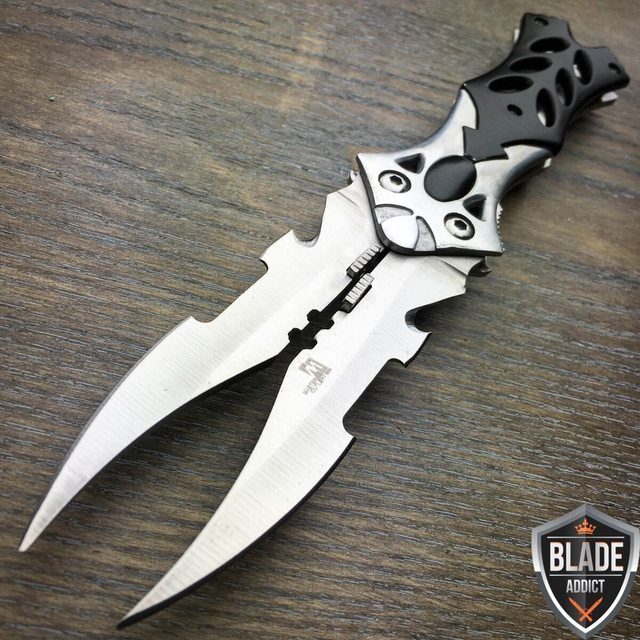 But that's the whole point and why I support the law as it is. Divers and canoeists etc. have a valid safety reason to carry knives that are generally not allowed in public (without good reason). As do you in an environment where it is a necessary tool to get a job done such as a camp. The knife itself isn't 'illegal', it's the reason it is being carried that may or may not be legal. I can see no reason, in this modern world, why anyone has a reason to carry a fixed blade knife on a belt in a town for example or need a blade longer than two inches let alone the three we're allowed.

lostplanet said:
To be honest i'm use to having restrictions placed on me because of it so I would agree with the decision, although I wouldn't like it.

And the new act tries its hardest to do exactly that.
Reactions: Wildgoose
You must log in or register to reply here.

Withdrawn An Axe and Two Knives .... Due to a trip had to withdraw un-sold