Seems the crannog centre on Loch Tay is gone; https://www.thecourier.co.uk/fp/new...2302834/huge-fire-at-scottish-crannog-centre/ 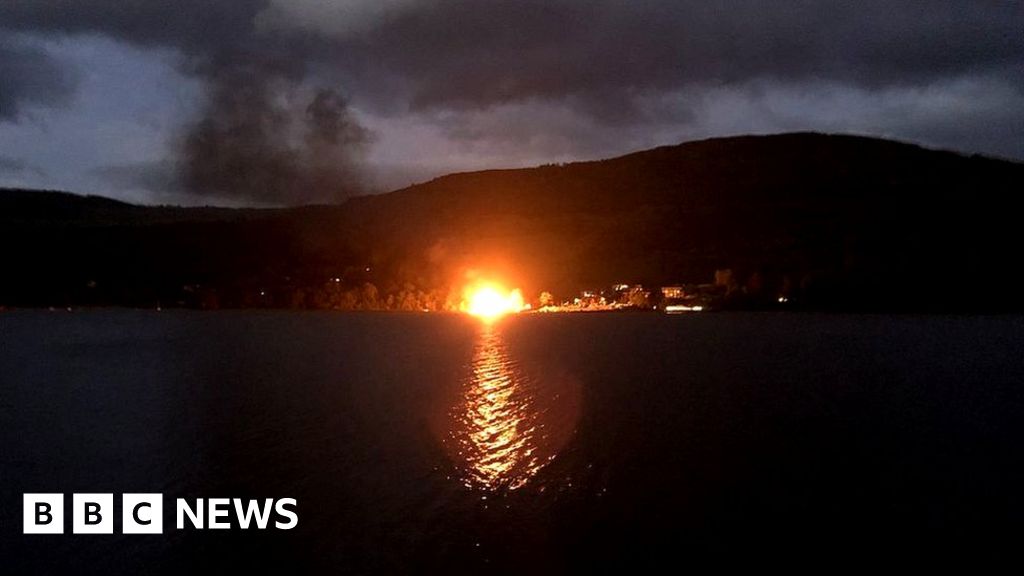 The reconstructed house is part of the Scottish Crannog Centre on the shores of Loch Tay.
www.bbc.co.uk The hugely popular tourist attraction and education base - a recreated Iron Age house - was consumed by flames last night as locals watched in horror.

Oh dear, that is truly sad. A place that was on my list to visit
Reactions: SaraR

I visited it before it was finished, I worked there for months at a time over several years. This is just one of those incredibly sad events that hit hard.

I know the people who laboured to build it, who literally sweated blood and tears and exhaustion to make it a reality.

I don't know how it happened. Fire control was incredibly careful, it was alarmed, it had care and event protocols in place and the staff were well trained and constantly alert to any such issue.

Well, it's in the stratigraphy now. It's going to be a classic example of what happens to the structure when it's burnt down. It'll show as the most horrendously destructive experimental archaeology.
They'll get data from it with good provenance and clear interpretation. By the looks of it there'll be film of the way it took hold too.

Will they rebuild ? There'll be no shortage of volunteers.
Reactions: Silverclaws2, SCOMAN and Broch

A disaster!
I work at Castell Henllys Iron Age Fort in Pembrokeshire - the Welsh equivalent of the Crannog Center - and know how this is going to hurt the folk who work at the Crannog.
A true disaster.

I can't believe its gone, I've visited there many times.
I hope they rebuild.

What a absolute tragedy, all that love and work gone. Its going to be hard to tell the wife as we visited it on the last family holiday with all three boys and we have especially treasured memories of it.

I hope they are able to rebuild it, not on the exact same spot of course, Mary makes a excellent point about its use for study. People won't be the problem, I just hope they can get serious funding.

All the very best to those involved.

Such a tragedy, let's hope it can be rebuilt.

So sad to loose it, fingers crossed they'll rebuild at some point

I visited a couple of years ago. a Great shame.

But, as Toddy said; also a good destructive experiment. Im sure they will get some data out of this unexpected event.

Im going to email and see if they need any help. (Seeing as Stonehenge turned me down for Experimental archaeology)
T

I just heard about this on the radio and having visited it a few years ago I can't quite believe its gone.

I had been thinking about it recently and was considering a visit in the near future but I will now be keeping an eye out for any information about donating or volunteering.

tyfy said:
I just heard about this on the radio and having visited it a few years ago I can't quite believe its gone.

I had been thinking about it recently and was considering a visit in the near future but I will now be keeping an eye out for any information about donating or volunteering.
Click to expand...

That's sad news indeed, a much loved place for many...

Very sad spent many a good weekend there with meet ups and helping out :0(
You must log in or register to reply here.

boat building at the Crannog