Well, with fatherhood imminent I managed to persuade my wife to allow me one last taste of freedom. We agreed that Galloway was close enough that I could get back if anything happened (it didn’t) and I decided to have 2 nights on Loch Ken.

I arrived late afternoon after getting held up on the motorway and unloaded the car at Loch Ken activity centre. For a small fee they would allow me to park and launch at their jetty. It was quite flooded so launching was even easier and being as the nights are drawing in I thought the main priority should be finding a suitable camp spot.

I set the tent up just as the dark came so the first night was spent mostly reading from the comfort of my sleeping bag. Next morning I packed the canoe and just had a general explore around, stopping for lunch on one of the islands. I was amazed how much the water dropped over night and through the day, making finding a camp site a lot easier.

The final morning was an early strike of camp and pretty much straight back to the car, as I had planned a trip to the Annandale distillery on my way back home. Those of you that know me know how much I enjoy a single malt, and though the Annandale is still very young I very much enjoyed their expressions.

I’m pretty terrible at remembering to take pictures, but here are a few that I did get of a glass calm Loch and of course, lunch. 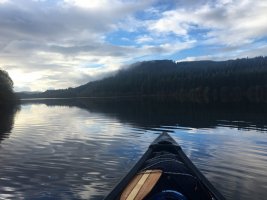 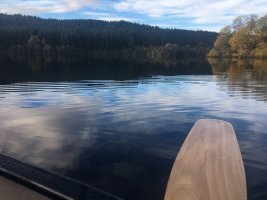 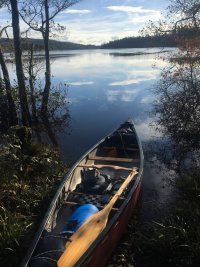 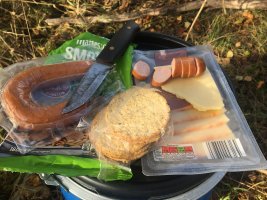 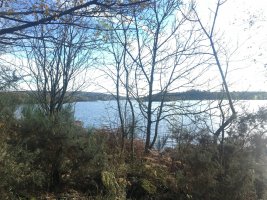 Well… the sausage wasn’t amazing but the oatcakes and cheese were phenomenal.
Reactions: Broch

Looks great, no doubts you enjoyed yourself and had a smashing good time Davey

FerlasDave said:
Well… the sausage wasn’t amazing but the oatcakes and cheese were phenomenal.
Click to expand...

Ah, is that Applewood?
Reactions: FerlasDave

Its got a very very good shelf life..

Cracker. Was up there a few weeks ago, stunning spot

Love Galloway Forest Park, it's my favourite place in the whole county to go out to play.

The thing I love the most is that there's terrain to suit my every need....forests for bushcrafting, mountains and hills for hillwalking and wildcamping, miles of track for hiking, lochs for canoeing and fishing, dark skies for astrophotography....and it's all just about on my doorstep

No cheese Cheese would have put warminess inside you.

PoppyD said:
No cheese Cheese would have put warminess inside you.
Click to expand...

Do you not count Applewood (smoked cheddar) as cheese? TBH it's one of the only adulterated cheeses I enjoy!

FerlasDave: Thanks for the pictures. I always enjoy seeing what other people see on their trips.

Fatherhood was a treat, I never felt particularly inhibited. We alternated morning feeding stuff. I can function on autopilot at any time of the night so much of that was my part and work all day.

Lie on your back on the bed. Place the newborn on your chest with their head under your chin. That's about all it takes until they get this dreamy far away look on their face and drop another dump-load. Barfing inside your collar when you "burp" them is another surprise treat.

I wish you guys all the best. A family is a cozy thing.
Reactions: FerlasDave and DocG

Broch said:
Do you not count Applewood (smoked cheddar) as cheese? TBH it's one of the only adulterated cheeses I enjoy!
Click to expand...

Oh, I missed that. I suppose it is a bit acceptable. But only a bit.
Reactions: Broch

Robson Valley said:
I wish you guys all the best. A family is a cozy thing.
Click to expand...

Thank you, I appreciate that.

PoppyD said:
Oh, I missed that. I suppose it is a bit acceptable. But only a bit.
Click to expand...

It was quite acceptable actually, though I did consider taking some of that stuff in the orange tube...

Reactions: FerlasDave
You must log in or register to reply here.

B
Trip Report Overnighter in the wool blanket...